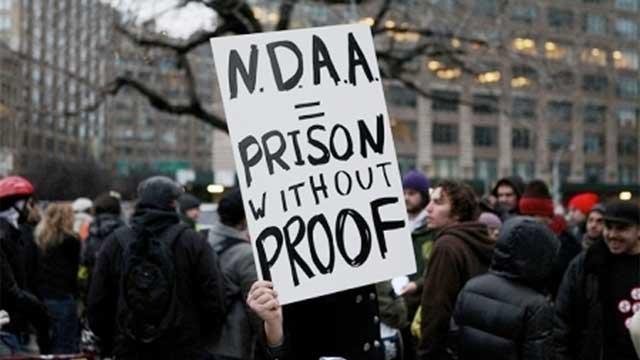 The U.S. Senate quietly passed the Countering Information Warfare Act of 2016 on Thursday, using the National Defense Authorization Act to conceal strong legislation against the public.

S. 2692,  the “Countering Disinformation And Propaganda Act” by Portman/Murphy Bill would “establish an inter-agency center housed at the State Department to coordinate and synchronize counter-propaganda efforts throughout the U.S. government.”

To further support these efforts, the bill would also “create a grant program for NGOs, think tanks, civil society and other experts outside government who are engaged in counter-propaganda related work.”

“The Center will be led by the State Department, but with the active senior level participation of the Department of Defense, USAID, the Broadcasting Board of Governors, the Intelligence Community, and other relevant agencies.”

This means that the government would be fully in charge of running the media—not that they don’t do that already (Example: sending press packages to journalists). The second part of the bill would make it legal to  give the same agencies running the “counter propaganda” part of the bill authorization to label which media organizations are “propaganda.”

$20 MILLION for paid op-eds! Portman-Murphy would make propaganda the law of the land! pic.twitter.com/uWPHZwvIJl

In other words, the act would further strip away the Freedom of the Press that is protected by the First Amendment, and would set the stage for future witch hunts and website shutdowns, purely based off of accusations with no due process.

No judge, no jury, just Orwellian censorship of “disinformation and propaganda.” Meanwhile, the U.S. government will freely spread its propaganda unhinged, I guarantee it.

The bill would also provides grants and funds for NGO’s and think tanks like Propornot. It was featured in a fraudulent libelous article that has since been retracted by the Washington Post, which was perfect timed along with the consideration of this bill.

The full press release from Senator Rob Portman is below.

U.S. Senators Rob Portman (R-OH) and Chris Murphy (D-CT) today announced that their Countering Disinformation and Propaganda Act – legislation designed to help American allies counter foreign government propaganda from Russia, China, and other nations – has passed the Senate as part of the FY 2017 National Defense Authorization Act (NDAA) Conference Report. The bipartisan bill, which was introduced by Senators Portman and Murphy in March, will improve the ability of the United States to counter foreign propaganda and disinformation by establishing an interagency center housed at the State Department to coordinate and synchronize counter-propaganda efforts throughout the U.S. government. To support these efforts, the bill also creates a grant program for NGOs, think tanks, civil society and other experts outside government who are engaged in counter-propaganda related work. This will better leverage existing expertise and empower local communities to defend themselves from foreign manipulation.

“The passage of this bill in the Senate today takes us one critical step closer to effectively confronting the extensive, and destabilizing, foreign propaganda and disinformation operations being waged against us. While the propaganda and disinformation threat has grown, the U.S. government has been asleep at the wheel. Today we are finally signaling that enough is enough; the United States will no longer sit on the sidelines. We are going to confront this threat head-on,” said Senator Portman. “With the help of this bipartisan bill, the disinformation and propaganda used against our allies and our interests will fail.”

“Congress has taken a big step in fighting back against fake news and propaganda from countries like Russia. When the president signs this bill into law, the United States will finally have a dedicated set of tools and resources to confront our adversaries’ widespread efforts to spread false narratives that undermine democratic institutions and compromise America’s foreign policy goals,” said Murphy. “I’m proud of what Senator Portman and I accomplished here because it’s long past time for the U.S. to get off the sidelines and confront these growing threats.”

NOTE: The bipartisan Countering Disinformation and Propaganda Act is organized around two main priorities to help achieve the goal of combating the constantly evolving threat of foreign disinformation. They are as follows:

In Layman terms – the Act will allow the government to crack down with impunity against any media outlet it deems “propaganda”, the next piece of the legislation will provide substantial amounts of money to fund “counter propaganda,” to make sure the government’s own stories drown out alternative media and free thinking journalist not told what to say not given an unmarked press package. This is extremely dangerous and worrying combining this with HR6393  we can see the type of world that we are allowing to be created for us these people took an oath to serve and protect the constitution if the constitution is abridged the people who sign the bill are literally committing treasonous tyranny.

“Congress shall make no law respecting an establishment of religion, or prohibiting the free exercise thereof; or abridging the freedom of speech, or of the press; or the right of the people peaceably to assemble, and to petition the Government for a redress of grievances.”

“The liberty of the press is essential to the security of freedom in a state: it ought not, therefore, to be restrained in this commonwealth.”