VIDEO: What You Need To Know About The TPP 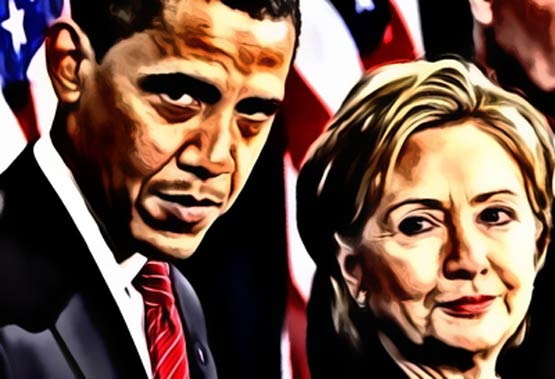 What is the TPP, who supports it and why does it matter?

The Trans-Pacific Partnership is a trade deal between 12 Pacific Rim nations that make up 40 percent of the world’s economy. It includes the United States, Japan, Malaysia, Vietnam, Singapore, Brunei, Australia, New Zealand, Canada, Mexico, Chile and Peru, while excluding countries such as China and Russia.

Some consumer groups have referred it to the TPP as “NAFTA on Steroids.”

The deal will set a new international standard for everything from employment, to food safety, to intellectual property regulations.While it has been in negotiations for several years, the full text of the TPP was kept secret up until last November.

President Obama has been a large proponent of the TPP during his time in office, claiming that it will create new jobs, strengthen U.S. leadership and keep China from controlling the global economy.

So, what do the 2016 presidential candidates think about this deal?

Donald Trump has been critical of the TPP, calling it a “job killer” and saying that it is supported by special interest groups who want to “rape our country.”

Bernie Sanders has rallied against the deal, questioning why the TPP is the answer, when past trade deals haven’t worked.

Green Party nominee Jill Stein is also against the TPP, and she pointed out one very important provision that would give global corporations the power to circumvent U.S. courts.

It’s called the Investor-State Dispute Settlement, or the ISDS, and it has also been criticized by organizations such as the Electronic Freedom Foundation and WikiLeaks. It creates a special court where corporations can sue states and receive taxpayer compensation for “expected future profits.”

So, who supports the TPP other than Obama?

Libertarian Party nominee Gary Johnson told Politico in June that he believes the TPP is “laden with crony capitalism.” He then added to his answer in July, telling CNN that from what he has heard, he would sign it.

Then there’s Hillary Clinton… She initially praised the TPP in 2012, calling it the “gold standard of trade agreements.” Then she changed her tune in 2015 and said that she could support the TPP in its current form.

Her current stance won’t be her final stance, according to Clinton’s longtime friend, Virginia Gov. Terry McAuliffe. He said at the DNC that while Clinton would like to change parts of the deal, she would end up supporting it. McAuliffe later said that he was wrong, and Clinton will always oppose the deal.

The interesting thing about Clinton’s change of heart is that her vice presidential candidate, Tim Kaine, also flip-flopped on the same issue. As a senator in Virginia, Kaine was one of 13 Senate Democrats to vote in favor of giving President “fast-track” authority on the TPP last year. However, after discussing the issue with Clinton, he now says he is against the deal in its current form.

Ultimately, the largest trade deal in history, which consists of over 5,500 pages, raises questions not just about who supports it, but about which countries it excluded and which freedoms it is giving away.