Philadelphia Is Run By Freemasons 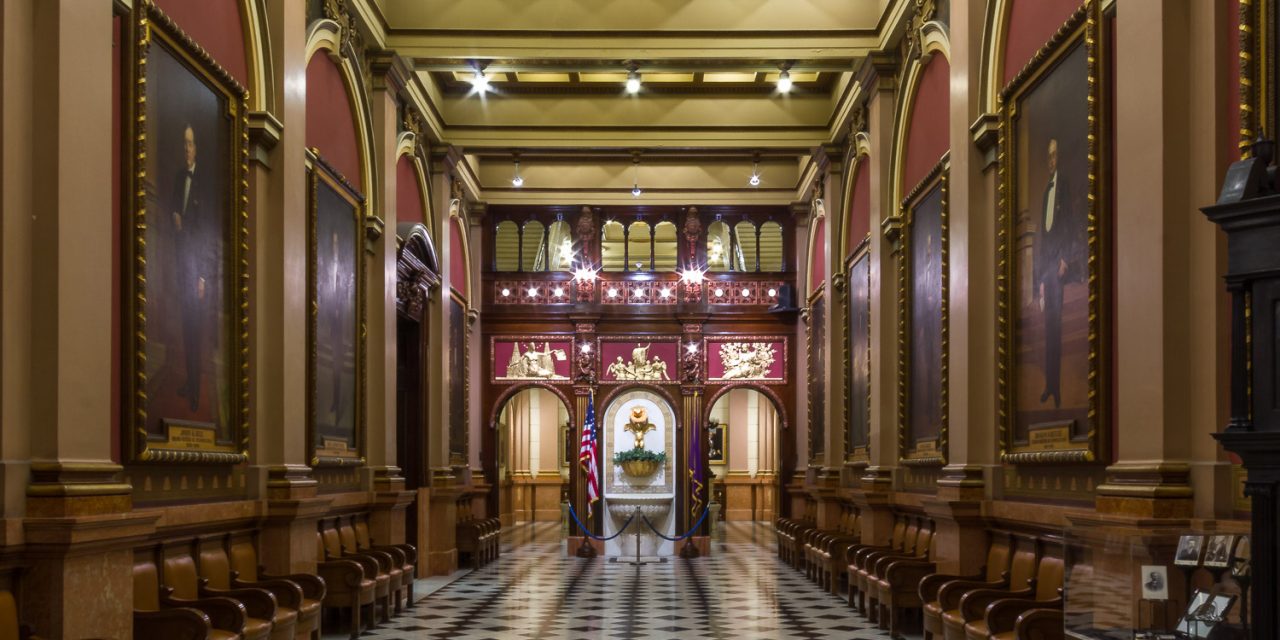 In this video Dan Dicks of Press For Truth takes you down town in the very masonic city of Philadelphia and also on the inside of the DNC convention!

The headquarters of the Grand Lodge of Pennsylvania is located directly across from the impressive Philadelphia City Hall, an architectural masterpiece, created by master masons with accompanying symbolism spread throughout. The Masonic Temple of Philadelphia, or as it’s properly known “The Right Worshipful Grand Lodge of the Most Ancient and Honorable Fraternity of Free and Accepted Masons of Pennsylvania and Masonic Jurisdiction Thereunto Belonging,” is an astonishingly lavish building. In 1873, the New York Times described it as “the largest, costliest, and most magnificent structure consecrated to Masonry in the World.” The Masonic movement in Philadelphia existed long before America was even founded (the “Modern Masons” of 1730 were later eclipsed by the “Ancient” Masons in 1761) and was likely a hotbed of revolutionary thought and planning.

Building was begun on Philadelphia’s current massive Masonic temple in 1868, during the height of Masonic wealth and influence. With massive mounts of money to spend and extensive political influence in Philadelphia, the Masons held nothing back. Each room was decorated along a theme, in a highly ornate style. Besides a massively grand staircase, the temple contains an Egyptian room, a Corinthian room, a Moorish room, a Renaissance hall, a Norman hall in Rhenish Romanesque style, and the Ionic hall, with full-length portraits of “Right Worshipful Past Grand Masters,” among others.

It is said that every room has had one mistake purposefully inserted into the architecture or decoration to show that no man is perfect compared to God.

“Moreover one must judge of a tree by its fruits. Well, can you mention within your vast Masonic empire a single Lodge that has produced such results? In the space of ten years, she has initiated above 300 profanes; she has founded Lodges in Belgium, Switzerland, England, as you well know, and America; and her children, indefatigable apostles of Masonry, have raised the first Masonic temple at Ballarat.”