Neutered: McCain and Graham Back Off Push for Russian Hacking Committee 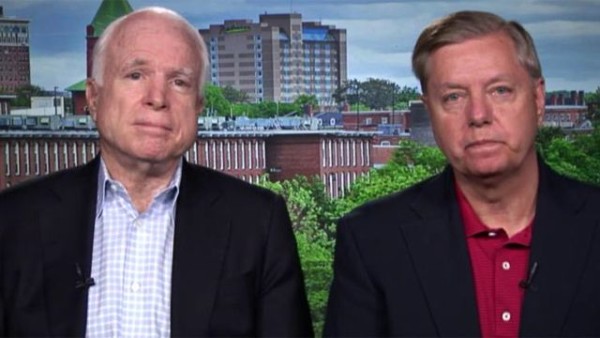 Senators John McCain and Lindsey Graham just don’t seem to have the pull that they used to — and are now backing off of their demands for a select committee to investigate “Russian hacking.” 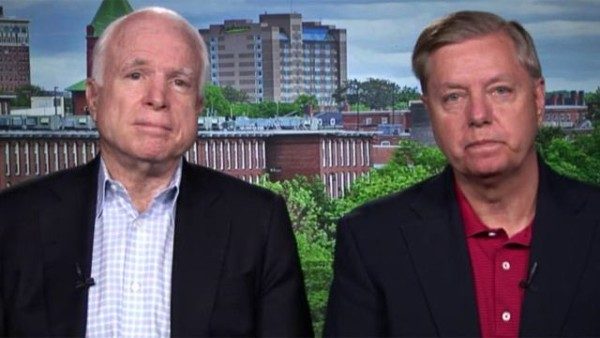 McCain and Graham, along with Democrats, have been at the forefront of pushing for a war with Russia over hacking allegations — despite Wikileaks repeatedly denying that the Kremlin was their source.

After speaking to Senate Majority Leader Mitch McConnell on Tuesday, McCain announced that he would be backing off their push for a new committee to be formed.

“He said he doesn’t think we need it,” McCain told Politico.

“We’re just going to move with the individual committees and see how that works. If it doesn’t work, we’ll regroup,” Graham added.

“It’s clear the Russians interfered,” McCain said on Fox News last month, mirroring the claims from the Hillary Clinton campaign. “Now, whether they intended to interfere to the degree that they were trying to elect a certain candidate, I think that’s a subject of investigation.”

The aging war hawks, who some may say are poster children for term limits, have also been fighting for harsher sanctions on Russia after the White House announced their retaliatory measures.

“The retaliatory measures announced by the Obama Administration today are long overdue,” McCain said in a joint statement with Graham on December 29. “But ultimately, they are a small price for Russia to pay for its brazen attack on American democracy. We intend to lead the effort in the new Congress to impose stronger sanctions on Russia.”

Despite the media and the current administration insisting that Russia meddled in the election, 71 percent of Americans do not believe it to be the case — according to a Politico/Morning Consult poll.

Thankfully, President-elect Donald Trump is not on the same page, and has repeatedly stated that he hopes to engage in diplomacy with the Kremlin.