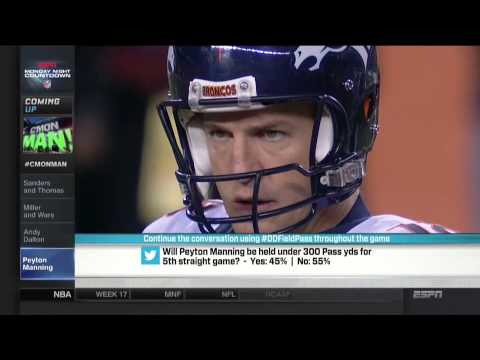 Prior to last night’s Monday Night Football game featuring the Denver Broncos versus the Cincinnati Bengals, Hall of Fame quarterback Steve Young, now an ESPN analyst, was asked how Denver quarterback Peyton Manning would deal with the disguises posed by the Bengals defense.

“Watch for Peyton to speak to the nation, as the president of the United States would speak to the nation tonight,” the former San Francisco great began. “And tell them, ‘I am the dictator! I am the one who’s going to take care of everything,’” he said.

Some pro-Obama sycophants were not pleased with Young’s commentary that referred to dear leader as a “dictator.”.