Nixon official: real reason for the drug war was to criminalize black people and hippies 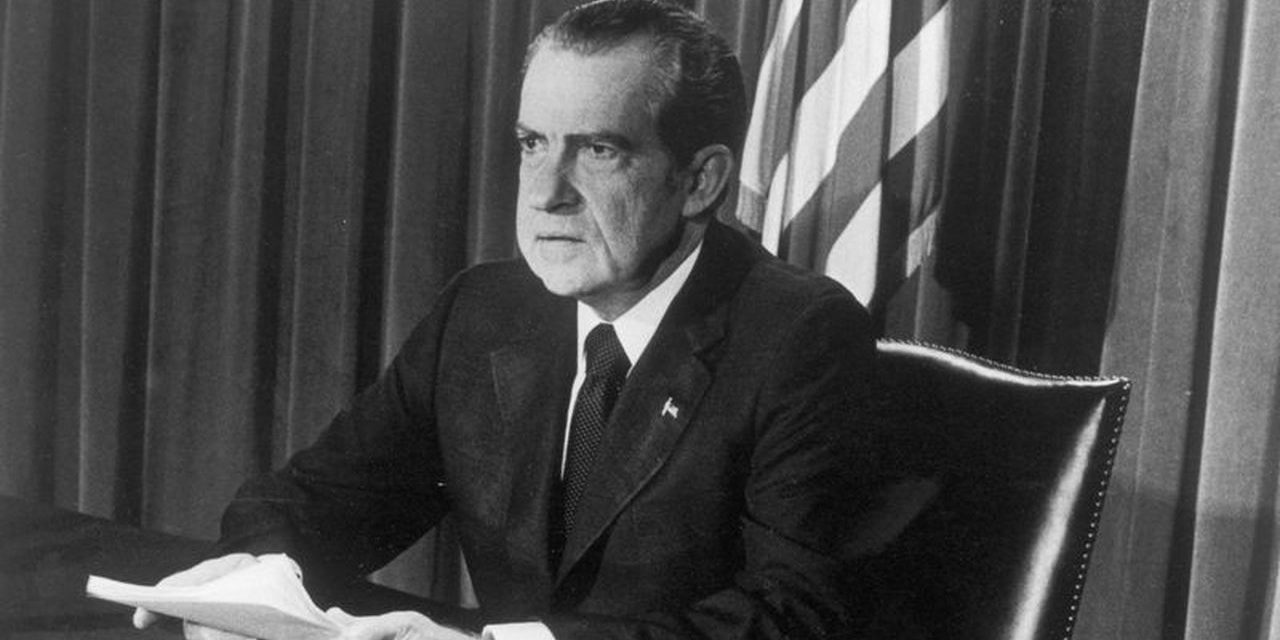 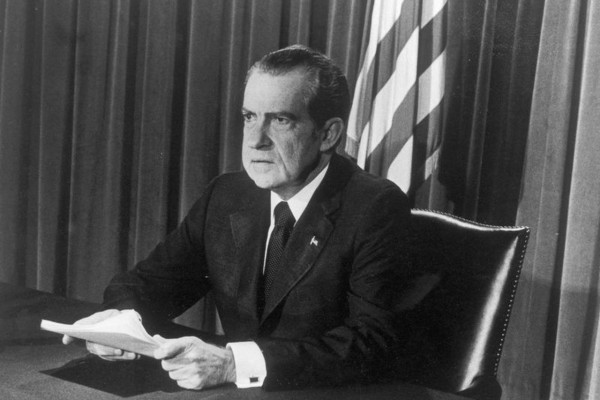 The war on drugs: Is it a genuine public health crusade or an attempt to carry out what author Michelle Alexander characterizes as “the New Jim Crow”?

A new report by Dan Baum for Harper’s Magazine suggests the latter. Specifically, Baum refers to a quote from John Ehrlichman, who served as domestic policy chief for President Richard Nixon when the administration declared its war on drugs in 1971. According to Baum, Ehrlichman said in 1994 that the drug war was a ploy to undermine Nixon’s political opposition — meaning, black people and critics of the Vietnam War:

At the time, I was writing a book about the politics of drug prohibition. I started to ask Ehrlichman a series of earnest, wonky questions that he impatiently waved away. “You want to know what this was really all about?” he asked with the bluntness of a man who, after public disgrace and a stretch in federal prison, had little left to protect. “The Nixon campaign in 1968, and the Nixon White House after that, had two enemies: the antiwar left and black people. You understand what I’m saying? We knew we couldn’t make it illegal to be either against the war or black, but by getting the public to associate the hippies with marijuana and blacks with heroin, and then criminalizing both heavily, we could disrupt those communities. We could arrest their leaders, raid their homes, break up their meetings, and vilify them night after night on the evening news. Did we know we were lying about the drugs? Of course we did.”

This is an incredibly blunt, shocking response — one with troubling implications for the 45-year-old war on drugs.

It’s possible Ehrlichman wasn’t being honest, given that he reportedly felt bitter and betrayed by Nixon after he spent time in prison over the Watergate scandal. Nixon also very much despised drugs, which likely played a role in his policies beyond political goals. And his drug czar, Jerome Jaffe, strongly pushed for treating drugs as a health issue, not solely a criminal matter as Ehrlichman suggested.

But the claim of racial prejudice is not implausible. Although black Americans aren’t more likely to use or sell drugs, they’re much more likely to be arrested for them. And when black people are convicted of drug charges, they generally face longer prison sentences for the same crimes, according to a 2012 report from the US Sentencing Commission.
Ehrlichman claimed this was a goal of the drug war, not an unintended consequence. And Baum cites this as one of many reasons to end the drug war once and for all.

Ending the war on drugs doesn’t have to be a binary choice between prohibition and legalization
Baum’s argument: Drug prohibition began with poor intentions, it has contributed to terrible consequences (racial disparities in the justice system and drug-fueled violence around the world), and it has failed to significantly curtail drug abuse and trafficking. So we should try a new approach — and legalize and regulate drugs.

But in doing this, Baum glosses over a few options. Even if it’s true that the drug war was launched on faulty reasons, that doesn’t mean it hasn’t led to some benefits. And even if those benefits aren’t worth the costs of the current model of prohibition, there are alternatives to pulling back drug prohibition besides legalization.

As I’ve written before, the drug war does likely prevent some drug use: One study by Jon Caulkins, a drug policy expert at Carnegie Mellon University, suggested that prohibition multiplies the price of hard drugs like cocaine by as much as 10 times. And illicit drugs obviously aren’t available through easy means — one can’t just walk into a CVS and buy heroin. So the drug war is likely stopping some drug use: Caulkins estimates that legalization could lead hard drug abuse to triple, although he told me it could go much higher.

THERE ARE ALTERNATIVES TO PULLING BACK DRUG PROHIBITION BESIDES LEGALIZATION

America’s latest drug epidemic provides some evidence for Caulkins’s claims. In the past couple decades, doctors loosened access to very addictive and potentially deadly opioid painkillers. Painkiller abuse exploded, leading not just to more overdose deaths but to people trying other opioids, such as heroin, and overdosing on those as well. So more access led to more abuse and deaths.

Does this mean the war on drugs, as it’s currently fought, is worth it? Not necessarily. It’s a matter of weighing the pros and cons of the current model of drug prohibition.

So maybe the drug war reduces drug use. But it also enables and reinforces the justice system’s biases against minority Americans. And it perpetuates a black market for drugs that fuels violence in the US and around the world, particularly in Mexico.

Graves in Mexico — a result of the country’s drug war.
Richard Ellis/Getty Images
But there are options to draw down the war on drugs without legalization. The US could decriminalize — remove jail time and other criminal penalties for personal possession but not sales — and emphasize prevention and treatment, as Portugal has done. It could allow supervised injection sites for heroin users to provide a safe place to use the drug, as Canada, Switzerland, and several others have done. It could allow for the medical use of some drugs, such as psychedelics, as some researchers have pushed for. These are steps countries and states could take without legalizing drugs.

Baum does, however, acknowledge that even if a country does legalize, there are various ways to do it. Governments could spend much, much more on prevention and treatment programs alongside legalization to deal with a potential wave of new drug users. They could require and regulate licenses to buy drugs, as some states do with guns. Or they could ban private, for-profit sales of drugs, limiting greedy companies’ abilities to market and sell the drugs no matter the consequence (as tobacco companies have done to get Americans hooked on cigarettes — to still very deadly effects).

None of these policies would wholly eliminate drug abuse, drug deaths, or drug-related violence and crime. But drug policy is often about picking the best out of the available bad options, rather than picking the perfect solution.

Still, there are far more options than prohibition and legalization, and different drugs with all sorts of different risks likely merit different policies. But it’s going to be very difficult to get to the right balance of policies if the debate is framed as deciding between only legalization and prohibition.