No Thank You For Your Service: The Fallacy of Troop Worship 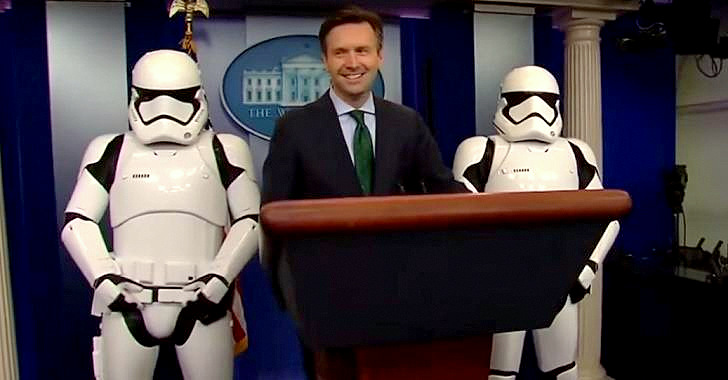 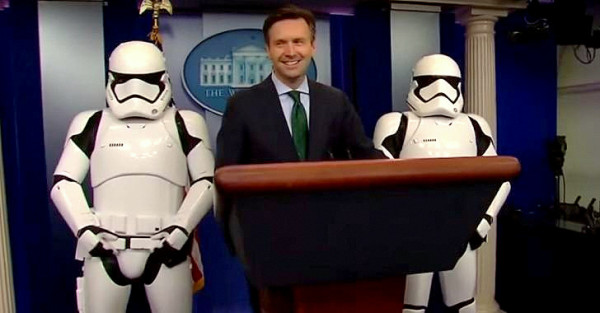 There is a pervasive idea in today’s American society that regardless of political philosophy or party affiliation, one must never criticize the members of the United States military. Conventional wisdom holds that we must appreciate the sacrifice soldiers have made to “fight for our freedom,” and even if one is against the war, they must always “support the troops.” This line of thinking is not coming solely from the pro-war crowd; many of those who consider themselves anti-war (or at least oppose a specific war or conflict) have the utmost regard for those who fight in them. But is this canonization of those who take up arms in the name of the United States government truly just? Or is it a falsehood based on propaganda, emotion, and a lack of critical thinking?

The first myth that must be debunked is the previously-mentioned idea that the job of a soldier is to protect “our freedom.” This assertion is unequivocally untrue. The role of U.S. soldiers, first and foremost, is to obey the orders of their government and commanders, whether these orders support or infringe upon the freedoms of Americans and those in other countries. A soldier is not beholden to the average American, but instead to a small group of people in authority. His job is not to keep us free, but to do what he is told, even if that includes participating in the deaths of innocent people. Propaganda slogans aside (“a government for the people, by the people”), governments are not the people of a country. A soldier is not accountable to us, but to them.

Many troop supporters would also point out that the job of a soldier includes disobeying illegal orders. In theory, this seems like an appropriate safeguard. But in practice, this rarely happens. Take the 2003 Iraq War, for instance, which was viewed by many in the U.S. as an unconstitutional war. The war was also viewed by United Nations Secretary-General Kofi Annan as a violation of international law. In theory, one would have expected a sizable contingent of soldiers to disobey the orders of President George W. Bush and refuse to step foot on Iraqi soil. Instead, a full-fledged invasion was launched. There are numerous other instances of soldiers breaking the law to do what they are told, whether it be the torture of detainees at Abu Gharib or the My Lai Massacre during the Vietnam War. Even for soldiers who refuse to break the law, the legality of a war or order is fairly irrelevant in practice; those who are in power are able to bend the law to their liking, as the Bush administration did when it argued that “enhanced interrogation” (otherwise known as torture) was not in violation of the Geneva Convention. It is entirely possible that an individual soldier could at least attempt to opt out of performing illegal actions. But, there’s a relativity good chance he would be punished instead of commended. Even if he were to succeed without any repercussions, there would still likely be many more soldiers willing to do what he refused to.

The Iraq War is also a relevant example of the falsity of soldiers fighting for our freedom. Saddam Hussein was no threat to the freedoms of everyday Americans. He was not attacking us and had no plans to do so. What American freedoms were at stake in Iraq? The United States government, with its domestic spying, draconian drug laws, and disregard for our civil liberties has done far more to reduce the freedoms of the average American than Saddam Hussein ever did or could have. Yet the war raged on, killing somewhere from 150,000 to 1 million Iraqis (estimates vary) and over 4,000 U.S. soldiers. In reality, the only thing this war did was make Americans less safe. The disposal of Saddam Hussein paved the way for the rise of the Islamic State, which is now viewed as a greater threat to attack the US than Saddam ever was. But beyond that, the killing of civilians (estimated to be more than 100,000 by the Iraq Body Count Project) furthered a problem that the CIA refers to as “blowback.” Blowback is the idea that there are indirect consequences resulting from US military and government actions. In this case, the murder of civilians (dismissed by many as “collateral damage,” as if the victims were less than human) and the destruction of homes from bombings and drone strikes resulted in increased anti-American sentiment, which leads to increased recruitment by terrorist groups and more attacks on innocent people. It’s not hard to imagine why the killing of an innocent family member or friend by a foreign invader could lead to someone having an intense feeling of anger; it only requires us to think of Iraqis as people like us and not statistics. If a foreign invader were bombing American cities and killing civilians, Americans would be rightfully outraged.

Blowback has not just been a problem stemming from the Iraq War; the United States has a long history of meddling in the Middle East. installing dictators (as it did in Iran in 1952), toppling leaders, and killing hundreds of thousands of innocent people (if not more) in the process. U.S. interventionism in the Middle East was cited by Osama bin Laden as the main reason for his planning of the 9/11 attacks (they did not simply “hate us for our freedoms”). One would be hard-pressed to find an American war in the last fifty years in which our freedoms were actually being protected. Some would say Afghanistan, as the original purpose was said to be finding those responsible for 9/11. But it quickly turned into a nation-building exercise with many of the qualities of the Iraq War.

Even many of those who would agree that the aforementioned wars have made us less safe and agree that the killing of civilians in war is morally reprehensible believe that soldiers do not deserve any of the blame. They blame solely the politicians who send them to war, and excuse the actions of the soldiers by saying that they’re “just doing their jobs.” Of course, the politicians do deserve a great share of the blame and in no way escape moral responsibility for the atrocities they’ve proposed or supported. But such actions could not occur without members of the military willing to carry them out. If it were true that “doing their jobs” excuses their actions, it would mean that someone getting paid for something (even it that something is morally wrong) automatically makes that action ok, or at least excuses the person from any moral responsibility. If this were true, it would be ok for a contract killer to commit a murder; he’s simply doing his job. It would be ok for a slave-catcher to hunt down, kidnap, and return a runaway slave. A Nazi concentration camp guard would not deserve any blame for shooting those who attempt to run away; he is paid to do so, and he is just trying to feed his family. Of course, this is utter nonsense; individuals are responsible for the choices they make and the actions they commit. Soldiers choose to sign up to kill who they are told to by a government. Soldiers are the ones fighting pre-emptive wars against those who have done nothing to them or their country. Soldiers are the ones bombing hospitals to take out a suspected enemy, even though innocent people will be killed or disfigured in the process. Ultimately, unless someone is coerced into an action under the threat of violence or some other type of harm, that person is responsible for the things they do.

This is not to say that all soldiers, or even most, are bad people. While I’m sure there are a collection of soldiers that delight in exercising their power over others or killing those they view as sub-human (as Chris Kyle, the subject of the movie American Sniper, did), I have no problem asserting that many soldiers believe they are doing the right thing. I am also sure that some do so for selfless reasons, like protecting others. But someone believing that they’re doing the right thing does not mean that they actually are. Many who commit horrific acts do not believe they are doing anything wrong. Members of al-Qaeda and other terrorist groups believe that their actions are morally correct; this does not make them so. If soldiers are excused of moral wrongdoing when they aggress upon others because they believe they are protecting our freedoms, one would have to believe al-Qaeda is also excused of moral culpability when they kill innocent people. Every soldier, even the most self-sacrificing, who participates in the war machine shares at least some responsibility. But this is not to say that some don’t join for the benefits, both monetary and otherwise, that they receive. Americans in particular practice a form of troop worship: responding angrily to anyone who dares to criticizes soldiers, thanking soldiers “for their service” without even knowing what they’ve done, and valuing members of the military and veterans as a higher, protected class. Soldiers are also honored at public gatherings and sporting events. Beyond that, soldiers are paid for what they do, and receive benefits such as free or reduced tuition at colleges and universities. They also receive on the job training that can help them in other careers. Regardless of how taboo it is to say in our culture, there are selfish reasons to join the military; a low-skilled worker could create a better future for himself by joining the military than by taking a minimum-wage job.

Americans are taught from a young age in public schools that the government does what is best for us, and as an extension of the government, soldiers are here to protect our freedom. This is a “truth” that many carry with them throughout their lives, never bothering to rethink it and immediately shutting down those who attempt to dispute it. This is not by accident, but instead by design. No one would attempt to disagree that a Catholic school would teach what the Catholic Church would want to be told. No one would disagree that a Jewish school would teach from the viewpoint of Judaism. It is not a stretch to believe that a school run by the government would teach us what the government wants us to believe. Recognizing the differences between logical thought and our preconceived biases is the first step toward ending the reign of the military-industrial complex.

Share this:
TwitterFacebook215Google
johnmhudak
John Hudak is a market anarchist with a degree in political science from the University of Connecticut.
Published
March 26, 2016