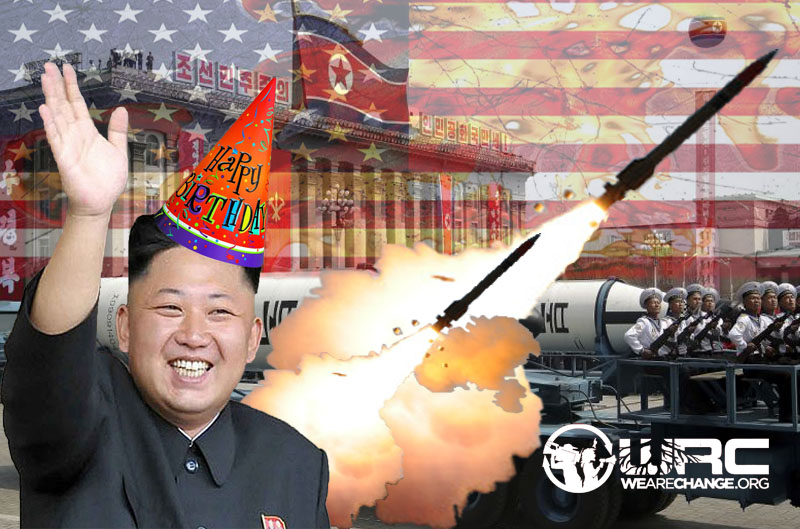 Amid tension between the U.S. and North Korea, the despotic regime put on a musical display to mark the birthday of the country’s founding father Kim Il Sung, which started with singing by a choir and ending with a mock-up video of missiles appearing to strike the United States as supporters cheered on the display.

North Korea’s state television aired the footage of the performance on Sunday, a day after a huge display of military might for a parade in Pyongyang, marking the 105th birth anniversary of Kim Il Sung.

The singing was accompanied by footage of a missile test fire in February which, in the video, was later joined by other missiles passing over a CGI Pacific Ocean exploding into giant balls of flames when they hit their target — the United States.

The video ended with a picture of the American flag in flames, with several white crosses in a cemetery as the Korean flag emerged unscathed.

“When the performance was over, all the performers and participants in the military parade broke into enthusiastic cheers of ‘hurrah!’,” state run KCNA news agency said.

“The Dear Supreme Leader waved back to them and congratulated the artistes on their successful performance,” KCNA said.

You can watch the full video below: