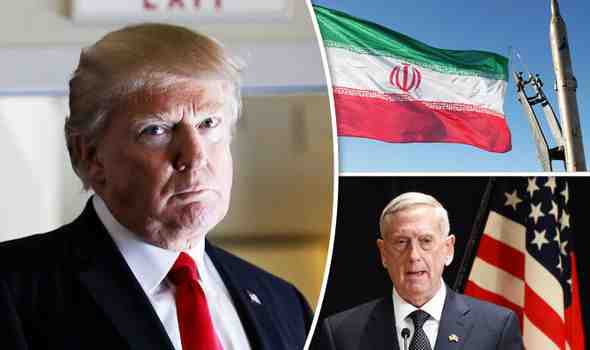 The Trump administration said on Tuesday it was launching a review on lifting the sanctions against Iran, noting Tehran has been complying with the deal the Obama administration put forth.

In a letter to U.S. House of Representatives Speaker Paul Ryan, U.S. Secretary of State Rex Tillerson stated that Iran remained compliant with the 2015 deal, but said he was concerned about the country’s role as a state sponsor of terrorism Reuters reported.

“Iran remains a leading state sponsor of terror through many platforms and methods,” Tillerson wrote, adding that he was alerting Congress “to an effort directed by the President to evaluate whether continuing to lift sanctions would be in U.S. national security interests.”

As part of the deal, the State Department must notify Congress every 90 days on Iran’s compliance under the Joint Comprehensive Plan of Action (JCPOA).

“The U.S. Department of State certified to U.S. House Speaker Paul Ryan today that Iran is compliant through April 18 with its commitments under the Joint Comprehensive Plan of Action,” Tillerson said in a statement.

“President Donald J. Trump has directed a National Security Council-led interagency review of the Joint Comprehensive Plan of Action that will evaluate whether suspension of sanctions related to Iran pursuant to the JCPOA is vital to the national security interests of the United States,” Tillerson added.

He did not specify how long the review would take or what the review would entail but said in the letter to Ryan that the administration looked forward to working with Congress on the issue.

The nuclear deal was struck in July 2015 after 18 long months of negotiations between the U.S., U.K., China, France and Russia, Germany, and Iran. The deal established a commitment with Iran to limit its development of nuclear material in return for the lifting of oil and financial sanctions against the country.

President Trump has referred to the agreement as “the worst deal ever negotiated.”

“We will have to overcome Iran’s efforts to destabilize yet another country and create another militia in their image of Lebanese Hezbollah but the bottom line is we are on the right path for it.”

“Everywhere you look if there is trouble in the region, you find Iran,” Mattis added.

#BREAKING: #US Defense Secretary from #Riyadh: We will prevent Iran from establishing a ‘#Hezbollah-like’ militia in #Yemen pic.twitter.com/nNx7ypKjz5