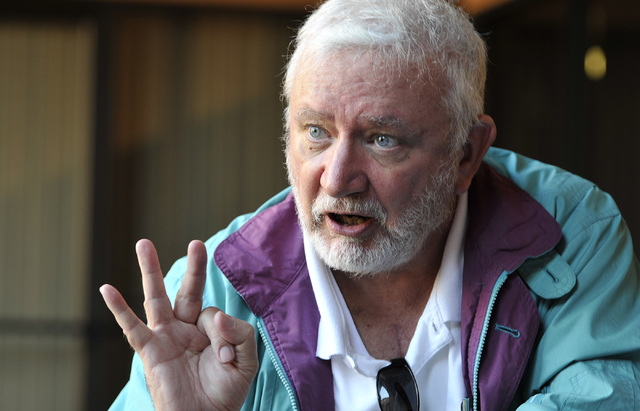 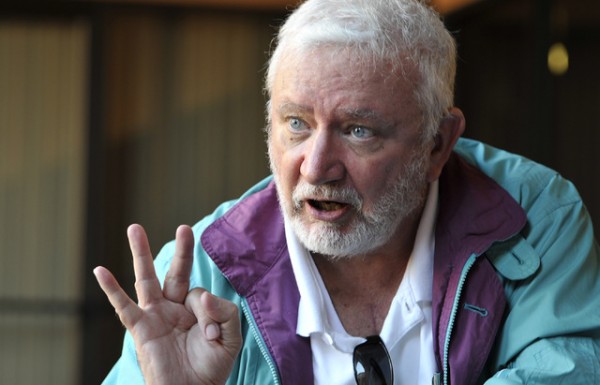 That would be OK if Basich had health insurance. But he doesn’t.

Thing is, he should be covered. Basich, 62, bought a plan through the state’s Nevada Health Link insurance exchange in the fall. He’s been paying monthly premiums since November.

Yet the Las Vegan is stranded in a no-man’s-land where no carrier claims him, and his tab is mounting: Basich owes $407,000 for care received in January and February, when his policy was supposed to be in effect. Instead, he’s covered only for March and beyond.Basich has begged for weeks for help from the exchange and its contractor, Xerox. But Basich’s insurance broker said Xerox seems more interested in lawyering up and covering its hide than in working out Basich’s problems. Nor is Basich the only client facing plan-selection errors through the exchange, she added.

In the rollout of the Affordable Care Act and its insurance exchanges, you can find a success story for every failure. But Basich’s case is extreme.

Basich said he began trying to enroll on Oct. 1, the day the exchange website went live. Like many consumers, he fought technical flaws during multiple sign-up attempts. In mid-November he finally got through and chose his plan: UnitedHealthcare’s MyHPNSilver1.

Basich paid his first premium on Nov. 21, and within days the exchange withdrew the $160.77 payment from his money-market savings account. Because Basich paid a month before the Dec. 23 deadline, his coverage was to begin Jan. 1.

Weeks ticked by, but Basich received nothing to confirm he had insurance. Nevada Health Link kept telling him he was enrolled, but UnitedHealthcare said he wasn’t in their system.

Basich’s predicament went critical on Dec. 31, when he had a heart attack. His treatment, which included a triple bypass on Jan. 3, resulted in $407,000 in medical bills in January and February that no insurer is covering.

Basich and his insurance broker, Tamar Burch of Branch Benefits Consultants, said the issue appears to be confusion at the state exchange. Xerox’s system says Basich chose a plan from another insurer, Nevada Health CO-OP, even though Basich has paperwork that shows he selected MyHPNSilver1. In short, Xerox can’t seem to decide where Basich belongs, Burch said.

So the exchange is trying to compromise, putting Basich with Nevada Health CO-OP for January and February, when he incurred his bills, and with UnitedHealthcare from this month on. But CO-OP officials say Basich is not their member.

“If he had picked our health plan, we would be advocating for a solution. But he didn’t pick us,” Zumtobel said. “We need someone on the board to advocate for him.”

Why have four months passed without a resolution?

“Mr. Basich’s issue is complex, and we’re working on it every day. We are in touch with Mr. Basich, his broker, the carriers, (Silver State Health Insurance Exchange) leadership, and the Division of Insurance to sort it out,” said spokeswoman Jennifer Wasmer.

The help didn’t come fast enough, said Basich, who blames his back-and-forth with the exchange in December at least in part for stress that caused his heart attack. That stress has turned up a few notches now that Basich is getting the bills. He fretted in the exchange board’s Thursday meeting about what will happen to his credit rating — and his ability to qualify for a mortgage — if the bills are not covered.

“All I wanted to do when I moved here was buy a house, get a dog and go to some spring training games for the Dodgers,” said Basich, who moved to Las Vegas from Hawaii in 2012.

Meanwhile, the exchange sent Basich premium invoices for January and February. He paid them both.

Basich has sought help at virtually every level of the system, from the Xerox customer-service reps who answer the phones at the exchange’s Henderson call center all the way to Gov. Brian Sandoval and Senate Majority Leader Harry Reid. Both Sandoval’s and Reid’s offices have told him they want to help, Basich said, but there’s been no resolution so far.

Even Reid, who took flak for his Feb. 26 statement that “all” Obamacare “horror stories” are “untrue,” is trying to help. Reid spokeswoman Kristen Orthman said one of the senator’s health-care legislative aides has been on the phone with Basich almost daily, “but at this point it’s in the hands of Xerox to see what can be done.”

Sandoval spokesman Mac Bybee said the office “regularly engages” the exchange and Xerox on behalf of any consumer who reaches out with concerns about Nevada Health Link.

Officials with the Nevada Division of Insurance said they’re also watching the situation.

“Mr. Basich’s concerns are certainly on our radar. We have discussed them with our partners at the Silver State Health Insurance Exchange, and we feel confident that his concerns will soon be resolved appropriately,” division spokesman Jake Sunderland said.

But there hasn’t been much action. What’s more, when Burch discussed Basich’s case with Xerox executives on March 11, they said they couldn’t tell her much because the company had hired legal counsel. That’s even though Basich has no interest in suing and has not retained a lawyer. He said he merely wants the exchange to keep the promise it made when it withdrew three premium payments from his savings account.

“I said, ‘Larry’s not the only one who did that. Lots of people have created multiple applications. Nothing is concrete until people pay. If you have a problem with multiple applications, then you’ll have to come to our office and take back hundreds of cases,’” Burch said.

“I believe Xerox is covering themselves because of a huge system error. They don’t want the accountability of saying, ‘Yes, we did mess this up, and here’s the plan you selected.’ It’s like, ‘What did he pay for?’ That’s it. They are making this more complicated than it has to be,” she added.

Wasmer said there was nothing unusual about bringing in Xerox’s attorneys.

“Our internal counsel is part of the extended Xerox team looking into the situation,” she said. “It’s regular practice for a corporation to tap experts across its organization to best understand complicated issues like this one. We’ll continue to keep the goal of resolving Mr. Basich’s issue front and center as we work through its complexities.”

Though Basich’s problem is exceptional for its dollar value, his situation is not unusual, Burch said. She estimates that of nearly 200 Branch Benefits Consultants client sign ups via Nevada Health Link, only 5 percent have gone through problem-free. More than 20 customers have the same plan-selection issue as Basich. One gave up trying to fix it and is sticking with the plan the exchange put her in.

With the March 31 enrollment deadline looming, Burch said she still sees other widespread enrollment problems, including frequent website error messages; inaccurate federal subsidy calculations; payments missing in the system despite clients’ canceled checks; and wrong effective coverage dates. One client chose an effective coverage date of March 1. Her insurance card showed an effective date of Jan. 1. Burch said that when she called to fix the issue, a customer-service rep told her the system showed a start date of April 1.

Burch said her brokerage supports the Affordable Care Act and launched a department to sell exchange plans. But she said the experience is not what she or her clients hoped for.

“We think it’s a great concept for those who need insurance. It’s just unfortunate, with all of the roadblocks we’re dealing with right now,” Burch said. “The bottom line is, we’re talking about people. It’s not a system, it’s people. I think, somehow, Xerox forgot that.”