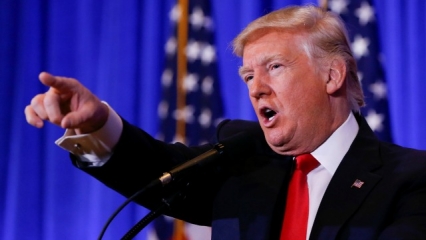 President Donald Trump has told House Speaker Paul Ryan to pull the HOP health care bill. In what is the biggest crisis of his young presidency, Mr Trump was told by Paul Ryan that the bill would not pass the House.

“We have given [Congress] every reason to fulfil the commitment they made to the American people,” Sean Spicer, the White House spokesman said on Friday. “Everything is out there. These members have to make a decision.”

“You can’t force people to vote,” he added. “At the end of the day this isn’t a dictatorship.”

The president had issued a take-it-or-leave-it ultimatum to rebel congressmen, earlier refusing to delay the voting on the bill in the House of Representatives on Friday.

Ryan rushed from the White House to Capitol Hill to tell Trump he did not have the votes to pass the measure. Ryan recommended to Trump that he should pull the bill.

Earlier today Mr Trump called the Washington Post to confirm he had pulled the bill. Trump refused to delay the voting on the bill in the House of Representatives on Friday even as it became clear he did not have the requisite support for it to pass.

Mr Trump told a Washington Post reporter, efforts on the healthcare bill would be “over for now” but he would come back to healthcare “some time this year.”

It was a huge setback for the president and instilled doubts about his ability to enact his wider agenda, not only on healthcare but other major promises like tax reform and infrastructure investment.

“I wont sugar coat this. This is a disappointing day for us. Doing big things is hard.”

“We’re feeling those growing pains today. We came really close today. But we came up short.”

“I’m really proud of the bill that we produced. It would make a dramatic improvement in our healthcare system and provide relief for people hurting under Obama Care. And what’s probably most troubling is the worst is yet to come with Obama Care.”

“Obamacare is the law of the land. … We’re going to be living with Obamacare for the foreseeable future.”

President Trump said, “The losers are Nancy Pelosi and Chuck Schumer,” who now “own Obamacare.”

Stay with We Are Change as the story develops!