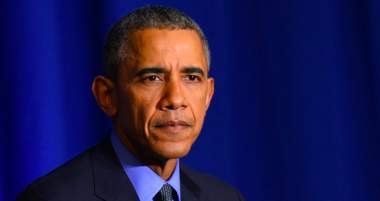 Thanks to a Clinton-era statute and an obscure vote last month by the United Nations, federal law now officially makes it illegal for the Obama administration to send a single penny of your money to the UN climate bureaucracy. That is good news for U.S. taxpayers, of course. But it puts the UN and the Obama administration in an awkward position as they struggle desperately to convince other governments that the UN’s much-touted “global-warming” regime, officially signed Friday, is not going to crumble in the face of a hostile Congress and a U.S. Constitution that has been trampled at every turn. Now, dozens of U.S. senators, who Obama and the UN hoped to bypass in imposing the global “climate” treaty in defiance of the U.S. Constitution, are putting the UN and Obama on notice.

The latest twist surrounds a 1994 U.S. law passed by Congress and signed by then-President Bill Clinton. Among other elements, the law prohibits the distribution of U.S. taxpayer funds to “any affiliated organization of the United Nations which grants full membership as a state to any organization or group that does not have the internationally recognized attributes of statehood.” Last month, though, the UN climate bureaucracy, known as the UN Framework Convention on Climate Change (UNFCCC), decided to admit the U.S. taxpayer-funded “State of Palestine” as a member. That means no more American money may legally be disbursed to the UN’s climate bureaucracy, no matter what Obama may have lawlessly promised to foreign governments and dictatorships.

The senators were clear in explaining the law to Obama. “We request that you ensure that no disbursements of U.S. funds are made to the UNFCCC and its related entities after March 17, 2016,” a group of almost 40 U.S. Republican senators told Obama’s Secretary of State John Kerry in a letter this week. “We believe that your failure to do so will constitute a violation of current law…. We implore the administration to … abide by current law prohibiting U.S. taxpayer funds for the UNFCCC and its related entities and other UN affiliated organizations.”

Among the UN agencies affected will be the giant slush fund for dictators run by dictators’ representatives known as the Green Climate Fund, which Obama lawlessly gave $500 million to in defiance of Congress after illegitimately pledging billions during a trip to Australia. The GCF is crucial to the UN-Obama “climate” scheming, because Third World regimes only agreed to participate if they received trillions of Western taxpayer dollars in subsidies for kleptocracy in exchange — starting with least $100 billion per year. Also on the list of proscribed organizations is the Conference of the Parties (COP), which organizes the UN’s luxurious CO2-spewing “climate” summits two or more times per year.

In the letter, the U.S. senators explained the federal law and how it applies to the UN’s climate apparatus. “The UNFCCC, through its operating entities, constitutes an ‘affiliated organization of the United Nations,’” the lawmakers said, citing more than half-a-dozen connections and links between the UN’s climate bureaucracy and the UN itself. “The U.S. government does not recognize the ‘State of Palestine,’ which is not a sovereign state and does not possess the ‘intentionally recognized attributes of statehood.’ Therefore, … current law prohibits the distribution of U.S. taxpayer funds to the UNFCCC and its related entities.”

In addition to demanding an immediate halt to U.S. funding of the UN’s climate bureaucracy, the senators used the letter to comment on the situation between the Israeli government and the Palestinian Authority, both of which receive large amounts of U.S. taxpayer aid. “The only realistic path to resolving the Israeli-Palestinian conflict is through direct negotiations between Israel and the Palestinians,” they wrote, blasting what they said were “unilateral actions” of the local Arab authorities to seek statehood and recognition through the UN and its bureaucracies as a means of circumventing negotiations with the Israeli government. “The inability of the U.S. government to block Palestinians from being admitted for membership as a state by the UNFCCC and other UN affiliated organizations is extremely troublesome.”

Senator Barroso, one of the key lawmakers behind the letter, blasted the administration last month for providing a half-a-billion dollar “handout to foreign bureaucrats” in the UN’s GCF slush fund without obtaining congressional approval. Obama bureaucrats responded by claiming that their “lawyers” did not consider the lawless handout to be illegal. In the real world, though, Barrosso noted that Congress had “specifically prohibited” the creation of “new programs” in its most recent budget signed by Obama. In short, regardless of what Obama’s legions of U.S. taxpayer-funded lawyers claim, transferring U.S. taxpayer funds to the UN dictator club’s GCF slush fund is illegal on multiple counts and must be halted.

The UNFCCC will not be the first agency de-funded thanks to laws like the 1994 act that now bans U.S. funds for the climate bureaucracy. A few years ago, the UN Educational, Scientific, and Cultural Organization (UNESCO), the UN’s would-be global education ministry, admitted the “State of Palestine” as a full member as well. Immediately, another similar U.S. law, this one passed in 1990, kicked in. Despite the wailing by Obama, who never met a UN program he did not want to spend your money on, the federal law went into effect on UNESCO, saving American taxpayers hundreds of millions of dollars while stripping the radical UN agency of almost one fourth of its total budget.

The Ronald Reagan administration withdrew U.S. membership from the outfit in 1984 over its anti-American, anti-liberty extremism, but the George W. Bush administration re-joined in 2003 even though nothing changed at UNESCO. With the 2011 withdrawal of U.S. funding for the UN “education” outfit, currently led by Bulgarian communist Irina Bokova, the controversial agency was brought to its knees. Considering the fact that the UN agency’s leaders admit they want to indoctrinate children in the United States and around the world with extreme globalist and pseudo-environmentalist propaganda, that is good news for humanity.

The UNFCC is, of course, just as extreme as UNESCO, if not more so. Its leader, UN Climate Czar Christiana Figueres, the “executive director” of UNFCCC, even boasted in public about the radical agenda underpinning the supposed “climate” crusade she is leading. “What is occurring here, not just in Doha, but in the whole climate change process is the complete transformation of the economic structure of the world,” she explained at the UN climate summit in Doha, Qatar, after having opened a previous UN climate summit with a prayer to the Mayan goddess of cannibalism, war, and human sacrifice. Seriously.

More recently, Figueres was even more explicit in defining the “climate” agenda as an effort to quash what remains of the free market and replace it with global central planning. “This is the first time in the history of mankind that we are setting ourselves the task of intentionally, within a defined period of time, to change the economic development model that has been reigning for at least 150 years, since the Industrial Revolution,” she boasted. Her cohort in the UN climate apparatus, disgraced UN Intergovernmental Panel on Climate Change (UN IPCC) chief Rajendra K. Pachauri, meanwhile, admitted in his resignation letter last year (over sexual assault charges) that his crusade to allegedly save humanity from itself was actually his “religion.”

After warning the Obama administration that funding the UNFCCC and its organs was illegal, Senate Republicans followed up with another stake through the heart of the UN’s “climate” regime. “The American people must understand the dynamics and the hollow promises of Paris Agreement supporters, lest they allow these meaningless agreements to gain credibility and cause further damage the American economy and sovereignty,” they said in a white-paper pointing out that the pseudo-treaty has no force or validity. Senator Inhofe, who leads the Senate’s environment committee, said the pseudo-treaty was “full of empty promises that will have no meaningful impact on the climate.” He also ridiculed the UN agreement inked in Paris and formally signed on April 22, Earth Day, at UN headquarters, for ignoring reality and being “doomed to failure.”

While the Obama administration partners with Communist Chinese dictator Xi Jinping and the UN to shackle humanity to a destructive and illegitimate UN “climate” regime, facts and the law are slowly starting to catch up. Already, Obama is banned by law from transferring another penny to the UN’s climate bureaucracy. And the climate theory has imploded on the world stage, with virtually every alarmist prediction having been proven wrong by the observable evidence — including over 18 years and counting of no warming. At this point, all that remains is for Congress, the courts, or even the states to finish crushing the Obama-UN climate agenda by refusing to comply with an illegal pseudo-treaty. Defunding the entire charade will be another important step. For that to happen, though, the American people, most of whom do not even believe the man-made global-warming theory, must keep the heat on.