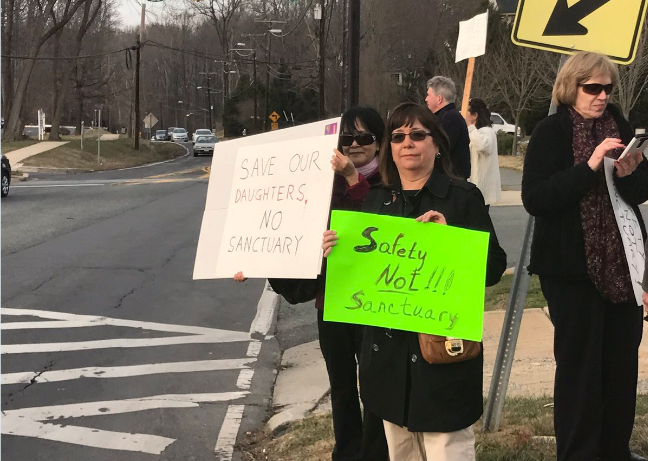 Parents of students at Rockville High School in Maryland and other concerned citizens are horrified, questioning how a 14-year-old girl was raped by two other students inside the school’s bathroom.

The two suspects are identified as Henry E. Sanchez, 18, and Jose O. Montano, 17. Both are being charged with first-degree rape and two counts of first-degree sexual assault, NBC reported.

The two men approached a 14-year-old girl in a hallway at Rockville High School during school hours and asked her to walk with them, police said.

Montano asked the young girl for sex, and after she had refused, he and Sanchez forced her into a boy’s bathroom where they raped her and sodomized her, police said.

Both of the suspects were ordered to be held without bond.

The state’s attorney office has said that they would potentially pursue life in prison for the accused.

“These are very serious allegations carrying a life sentence,” Montgomery County State’s Attorney’s Office spokesman Ramon Korionoff said. “The potential of life in prison would be available as we prosecute these individuals.”

The case is gaining national attention. It was even mentioned yesterday by White House press secretary Sean Spicer, who said the case was an example of why President Donald Trump is making illegal immigration a priority.

“Let’s remember the human side of this, that this is a tragic event that no child, no person, no parent should ever have to deal with,” Spicer said. “School should be a place where a parent puts their child on a bus or drops them off or sees them off and knows that they’re safe.”

“I think part of the reason that the president has made illegal immigration and crackdown such a big deal is because of tragedies like this,” Spicer said. “We act so many times when we talk about this and say why is the president dealing with this, because of this priority. Well, part of the reason is because of the tragedy that this young girl dealt with, had inflicted upon her, whatever the word is, but this is why he is passionate about this.”

The documents say that Sanchez, one of the accused men, had an immigration case pending since August.

Officials would not discuss the status of Montano since he is still a minor.

The school did not comment on whether the incident was caught on camera outside the bathroom.

Parents and the community are left bewildered, wondering how the two men were placed into the 9th grade surrounded by 14-year-old girls.

“You have young adult males that really do not have our culture, and you are putting them in the same classroom as our 14-year-old girls, and they are saying there is nothing we can do about that – sorry,” said a community member Theresa Rickman.

Protesters gathered outside the school holding anti-illegal immigration signs in opposition of the county/state being a sanctuary region of the U.S. Fox News reported.

Some protesters gather ahead of PTA meeting at Rockville HS- the 1st one since 14-yr-old girl raped by 17 & 18yr old here illegally pic.twitter.com/uRWD6Ql2K7