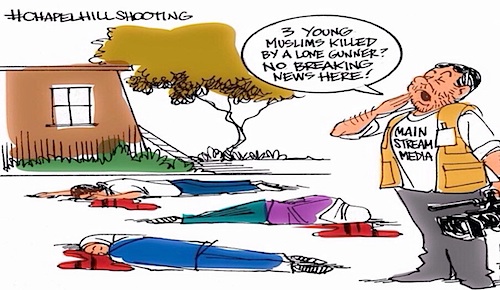 The crowd of more than 5,000 mourners attending the funeral Thursday in Raleigh for three Muslims who were shot to death was so large the services had to be moved from a mosque to a nearby athletic field.

The three were killed at an apartment building in Chapel Hill, N.C., on Tuesday in what police say was an apparently long-simmering dispute over a parking space. Police are also investigating whether religious hatred was a factor in the shootings.