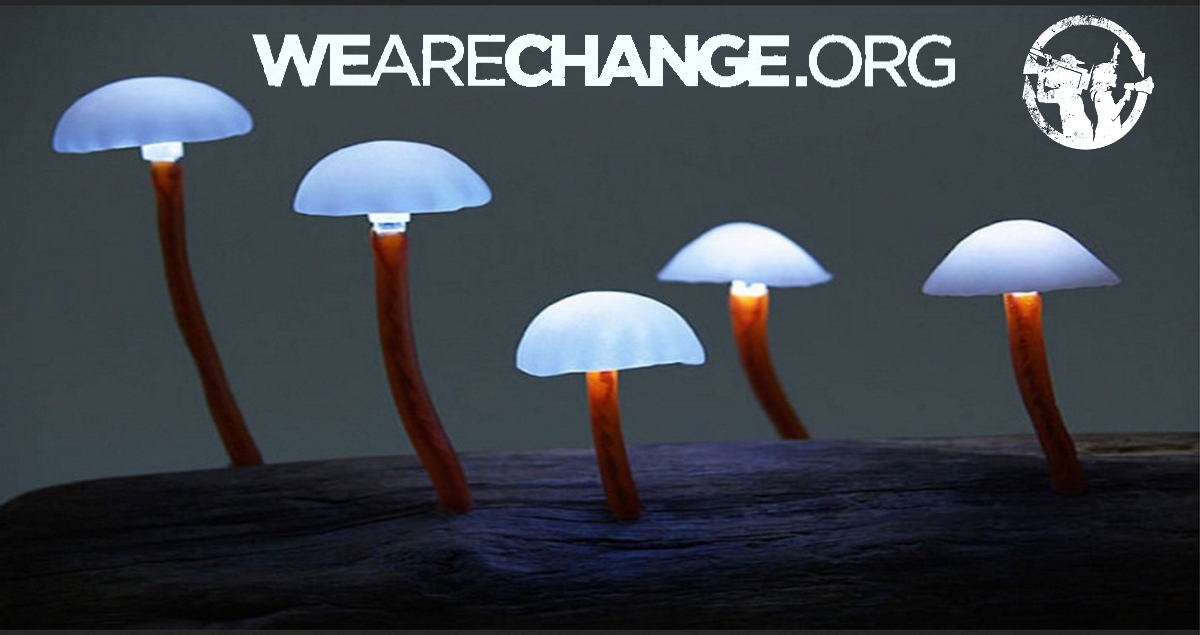 A “magic” mushroom. Patients were actually given the psilocybin in the form of capsules. Image: Martin Malec/Flickr

In a recent UK trial, 12 patients with major depression took a pill quite different to commonly prescribed antidepressants: 25mg of psilocybin, the psychedelic compound found in magic mushrooms.

Though it’s early days (the study is the first of its kind), the results of the trial are promising.

In a feasibility study published today in The Lancet Psychiatry, the researchers reported that the drug was well-tolerated by the patient group. What’s more, the results have given researchers cause for optimism about the drug’s efficacy.

“The main takeaway is that the effects are well-tolerated in this population, and not just that—the antidepressant potential of the treatment seems to be pretty considerable,” Robin Carhart-Harris, a psychopharmacologist at Imperial College in London and the lead author on the study, told me in a phone call.

All 12 of the patients reported a reduction in the severity of their depression for one week after the psilocybin experience, and for most this was true after three months. At week one, eight patients met standard criteria for remission, with five remaining in remission at three months.

The trial took place in 2015, but preparations started well before then. When dealing with regulated substances such as psilocybin, it’s notoriously difficult to get approval and funding for research, and even just to get hold of the drug to the required quality (it has to be produced and prepared to exacting standards). This study was funded by the Medical Research Council with support from the Beckley Foundation.

The participants, six men and six women between the ages of 30 and 64, were carefully screened for suitability. All had major depression classed as either moderate or severe and had previously tried at least two other treatments—such as conventional antidepressants like SSRIs—and not responded.

Participants were given a safety dose of 10mg seven days before receiving the treatment of 25mg. Carhart-Harris explained that this dose was decided on in correspondence with Johns Hopkins University, which has done a lot of work in this area.

The patients were given the drug in a treatment room designed to be calming.

They relaxed on a bed with a psychiatrist on either side, and carefully-selected music playing throughout the six to seven hour trip. The psychiatrists “checked in” with the patients at regular intervals, but participants were largely left to experience their own “inner journey.” The researchers also measured physiological effects such as heart rate and blood pressure. The patients completed assessments at various points after the experience to track their response.

When I asked Carhart-Harris how it went, the first thing he said was that it was really hard work.

“It was a grueling 10 to 12 months,” he said. “It was a demanding schedule; you’re dealing with a lot of souls. And I mean it when I say it that way, because you’re not just dealing with people on a superficial level; you’re really dealing with them on the deepest possible level. They’re bearing their souls to us, and then we’re introducing a drug which puts them in a very vulnerable state where even more of their soul is revealed.”

“That’s quite a heavy burden to carry,” he added. “I don’t think it’s too much to compare it to the ring in Lord of the Rings; it’s something that has an incredible power that’s recognized. This isn’t to imbue any magic into the psilocybin, but in terms of the effect, psychedelics have this immense power; they can change people, and so there was an immense burden of responsibility to do this properly.”

He said the experience was emotionally challenging, especially given patients were suffering to begin with.

Read more: How to Pick Music for People on LSD, From a Scientist Whose Job That Is

In the end, Carhart-Harris said feedback from participants was mixed. “But sometimes emphatic gratitude—I’ve got quite a few new presents on my windowsill in the office at work.”

Moving forward, he said that one area the team would focus on was the aftercare for patients following the experience. The researchers have been continuing work beyond the participants described in this study and have now worked with a total of 20 patients. They have now been following up with participants for six months, and hope to publish further findings later this year.

The effects of psychedelics

Psilocybin is of therapeutic interest in the context of depression because it affects serotonin receptors in the brain. In their paper, the researchers explain that it “has a novel pharmacology in the context of currently available antidepressant medications” because it directly affects a specific serotonin receptor (5-HT2A) which SSRIs do not. LSD also affects this receptor.

Carhart-Harris, who has recently published work on LSD in human subjects, said that psilocybin was used in this study instead of another psychedelic for a few practical reasons. The trip lasts around five to six hours—shorter than LSD—which fits well into a work day. It’s also quite easily metabolised and is not as toxic as some other similar drugs. He also thinks it is more appealing both to participants and to those approving research than something like LSD, which perhaps has a more provocative reputation. The fact that psilocybin is naturally occurring, and has been used as a medicine since ancient times, may add to this appeal. More recently, a 2011 US study found that psilocybin can help with end-of-life anxiety.

Using psychedelics as a treatment is particularly compelling, because the current model researchers are pursuing is to give patients the drug (in carefully orchestrated circumstances) just once, or on a few occasions.

The idea is to induce a profound psychological experience, sometimes referred to as a “peak” experience that Carhart-Harris described as a “rebooting of perspective.”

In that way, the experience is more important than the drug itself. “But the experience doesn’t happen without the drug,” he said. “Certainly something’s happening on a chemical level.”