People Have A ‘Fundamental Right’ To Own Assault Weapons, Court Rules 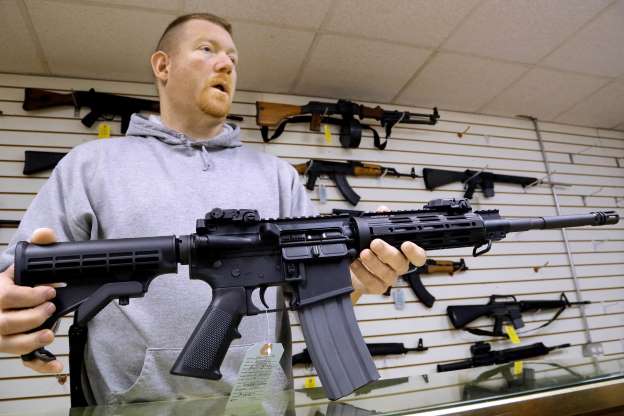 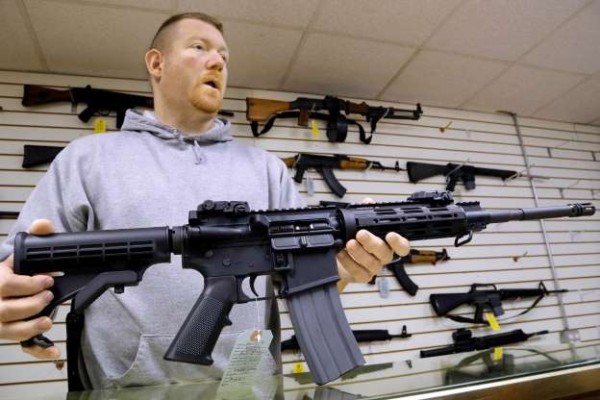 In a major victory for gun rights advocates, a federal appeals court on Thursday sided with a broad coalition of gun owners, businesses and organizations that challenged the constitutionality of a Maryland ban on assault weapons and other laws aimed at curbing gun violence.

A three-judge panel of the U.S. Court of Appeals for the 4th Circuit said the state’s prohibition on what the court called “the vast majority of semi-automatic rifles commonly kept by several million American citizens” amounted to a violation of their rights under the Constitution.

“In our view, Maryland law implicates the core protection of the Second Amendment — the right of law-abiding responsible citizens to use arms in defense of hearth and home,” Chief Judge William Traxler wrote in the divided ruling.

Former Maryland Gov. Martin O’Malley, who recently suspended his Democratic presidential campaign, signed Maryland’s Firearm Safety Act of 2013 in the wake of the school massacre in Newtown, Connecticut, which spurred similar initiatives in other Democratic-leaning states.

The legislation mostly targets specific kinds of semi-automatic firearms — such as AR-15s and AK-47s — and large-capacity magazines, and adds certain registration and licensing requirements.

But gun rights advocates, including the National Rifle Association, quickly moved to challenge these laws in the courts, claiming that the restrictions they imposed on lawful gun ownership were overly broad and weren’t proven to save lives.

“This case was a major victory for the NRA and gun rights advocates.” Adam Winkler, UCLA law professor
The legal attacks have largely failed. Last October, a federal appeals court in Manhattan upheld the most iconic of these laws — those passed in New York and Connecticut in direct response to the tragedy at Sandy Hook Elementary School in Newtown. And in December, the Supreme Court declined to review a ruling out of Illinois that upheld a similar ban on assault weapons.

The high court’s reluctance to intervene in these disputes has left the Second Amendment in a bit of a state of flux. Since the Supreme Court established in 2008 and 2010 that the amendment protects a personal right to keep and bear arms for self-defense within the home, judges have struggled to apply those decisions to the newer spate of gun legislation. And inconsistent rulings and standards across the country have left the scope of the law unclear.

When the Supreme Court refused to take up the Illinois case, Justice Clarence Thomas complained that the Second Amendment was being relegated to “a second-class right.”

“If a broad ban on firearms can be upheld based on conjecture that the public might feel safer (while being no safer at all), then the Second Amendment guarantees nothing,” he wrote, and added that those earlier decisions enshrining the right to gun ownership shouldn’t be expected to “clarify the entire field.”

The lack of clarity since then underscores why Thursday’s decision may be a boon to those who want to see a broader interpretation of the Second Amendment, setting the stage for the next Supreme Court confrontation.

“This case was a major victory for the NRA and gun rights advocates,” said Adam Winkler, a law professor at UCLA who specializes in Second Amendment law. “This opinion is an important one because it subjects important gun control laws to the most strict form of judicial scrutiny.”

Indeed, the biggest surprise in Chief Judge Traxler’s 66-page opinion is the words “strict scrutiny,” a stringent constitutional test that most government laws and regulations fail. Other courts have applied more forgiving standards to similar gun legislation and upheld it.

The 4th Circuit’s decision didn’t outright strike down the Maryland legislation. Instead, it instructed a lower court to subject the provision to a higher legal standard, meaning more litigation and the possibility of a future showdown at the Supreme Court — though maybe not yet, according to Winkler.

As if to illustrate the volatile politics and legalities of gun control, dissenting Circuit Judge Robert King all but declared that the court’s ruling would lead to the next mass shooting.