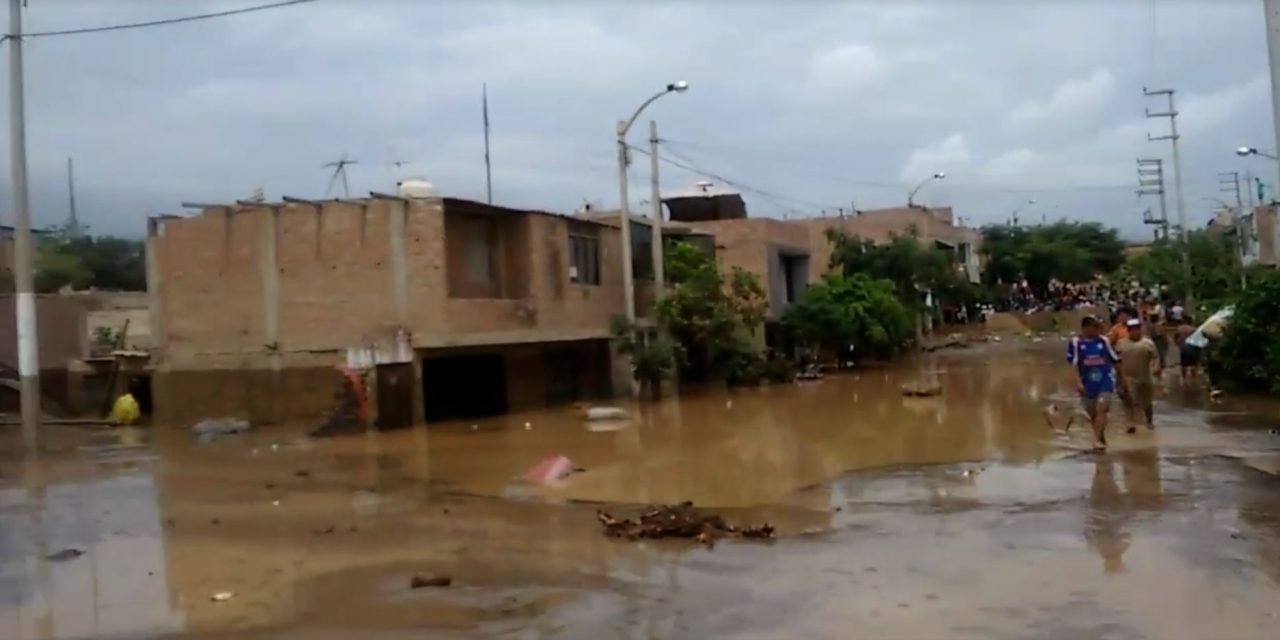 As the death toll reaches 72 following a heavy set of floods in Peru, the country is in a state of emergency. The flooding has been ongoing for over a week now. Thoughts go back to the Peruvian flood of 1998, in which around 300 people were killed.

Several parts of the country are affected by the flooding and it seems there is little that the government can do to help. One company in particular from Trujillo, Peru (Ocupa Aventuras) is crying out for help over social media to feed the locals in their city:

(WARNING: Video is in Spanish)

In the video, the man explains that there is no food and water, and that they are taking food and water donations to help save families that are affected by the flood. If you want to see more information or help the city of Trujillo, click here to view the original post and get in contact with the company.

Rutger Bosker, who has been living over 8 years in Peru recently spoke with me, describing the situation in Lima to be a “flood everywhere, roads are closed, people got evacuated from several places, nobody has water… Rain is expected for at least two more weeks.”

Bosker also said that his girlfriend was not able to go to work as a teacher for several days due to the flooding situation, she is not expecting to be able to work again until the 24th. The flooding in Peru has also affected the city’s fresh water supply, resulting in massive lines for non-potable water. Peru has apparently been out of tap water and in a state of emergency since Wednesday in many parts of the country.

The country of Peru had a fresh water problem before these floods occurred. Peruvian President Pedro Pablo Kuczynski had previously promised that he would improve the fresh water situation. Tourists who visit Peru today have to purchase bottled water or face the consequences.

Now that the country faces a heightened water problem to add on top of their fresh water problem, we can only hope the best for country of Peru. This flood comes right as tourist season is supposed to kick off, which is an industry that Peru depends on economically.