Police Burn 3.3-Ton Pile Of Cannabis And Get An Entire Town High 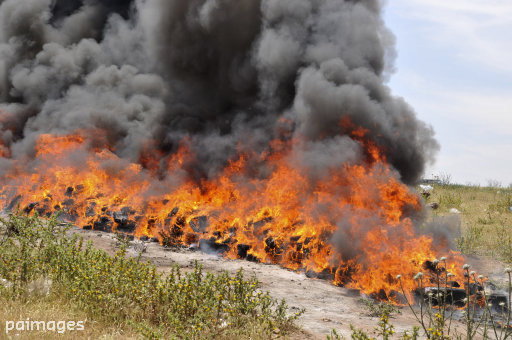 Indonesian police got an entire neighbourhood high (accidentally) after burning a 3.3-ton pile of cannabis just outside their office.

Residents around West Jakarta were all intoxicated after the fumes created a giant cloud of smoke which then dispersed around the local area.

Loads of people then reported to the police with headaches and feeling dizzy, not realising they were in fact high as a kite.

The police themselves anticipated the powerful plumes and protected themselves by putting on gas masks as they set fire to the drugs.

But they didn’t bother to warn any of the locals, which meant everybody got buzzed one afternoon.

They also destroyed 1.8kg of crystal meth and 2538 ecstacy pills but they decided to blend those.

I wonder how many reports to police were proper complaints?