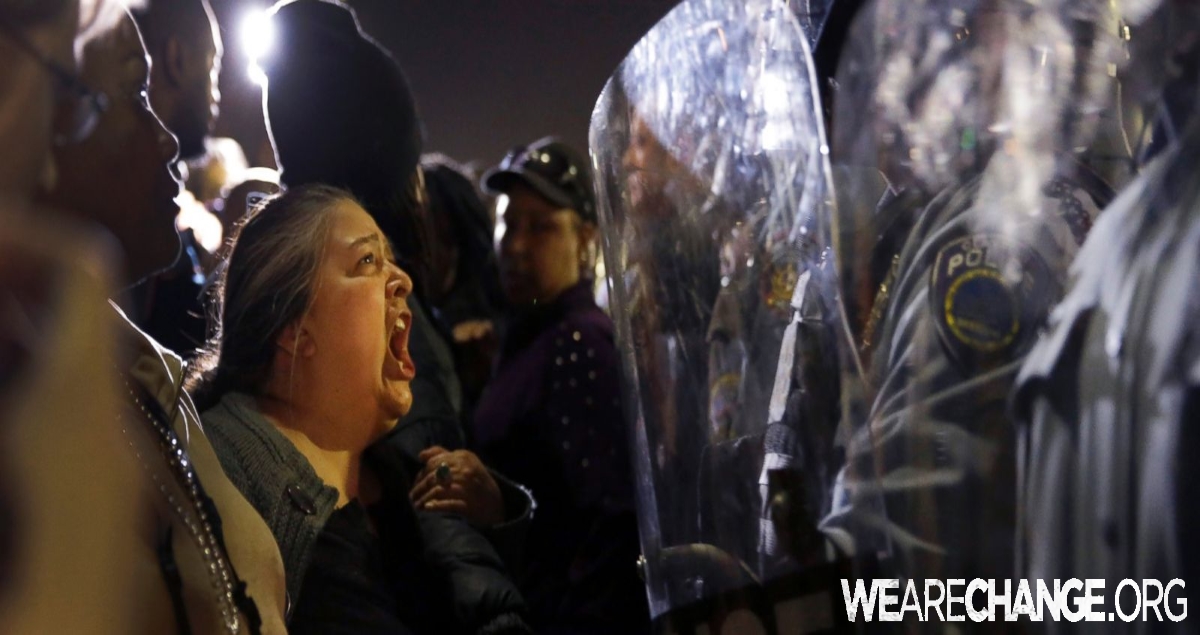 The Supreme Court ruled that an officer’s ignorance of the law essentially didn’t matter — effectively allowing police around the country the ability to make stops if they ‘reasonably’ believe the cause for the stop is legal.

Police are no longer be required to even give the appearance of an understanding of the laws they’re tasked with enforcing, thanks to a recent court decision surpassing even the veritable green light previously granted in Heien v. North Carolina.

In the Heien case, the Supreme Court ruled a “police officer’s reasonable mistake of law gives rise to reasonable suspicion that justifies a traffic stop under the Fourth Amendment.” A motorist’s broken tail light caused an officer to make a traffic stop — during which evidence of a separate violation of the law was discovered in the vehicle.

But in North Carolina, a broken tail light wasn’t illegal, thus not sufficient cause to justify the stop — nor the arrests stemming from it, lawyers argued, because that would be a violation of unreasonable searches and seizures.

However, the Supreme Court ruled the officer’s ignorance of the law essentially didn’t matter — effectively allowing police around the country the ability to make stops if they ‘reasonably’ believe the cause for the stop is legal. Plainly, police can stop and search you despite ignorance of the law. Now, in U.S. v Shelton Barnes et. al. — a case that seemed to slip by largely unnoticed — even that flimsy justification has been deemed too constricting of police power.

To call police law enforcement now would be far too generous a moniker, considering the court’s ruling which strips the seeming necessity they even have a reasonable working understanding of the laws they supposedly enforce.

Dr. Barnes sought to have a search warrant — which contained blatantly false information — suppressed for a case involving Medicare fraud.

“Dr. Barnes argues the affidavit erroneously states that a physician is required to meet a Medicare beneficiary in person before certifying that beneficiary for home healthcare services,” the court decision states. “According to Dr. Barnes, the applicable Medicare regulations allow this ‘face-to-face’ requirement to be satisfied through a nurse practitioner or physician assistant. Had the warrant affidavit contained the correct summary of the applicable law, Dr. Barnes argues the magistrate judge would not have found probable cause that Medicare fraud had been committed. The question presented is whether the good faith exception to the exclusionary rule applies under these circumstances.”

In other words, the doctor believed erroneous information allowed an unjustified search, with evidence then obtained illegally — and thus, an illegal, or at least, unjustifiable foundation for a case against him.

Dr. Barnes’ attorney argued the longstanding precedent set in Franks v. Delaware should permit the suppression of evidence. In the Franks decision, the court stated:

“Where the defendant makes a substantial preliminary showing that a false statement knowingly and intentionally, or with reckless disregard for the truth, was included by the affiant in the warrant affidavit, and if the allegedly false statement is necessary to the finding of probable cause, as incorporated in the Fourth Amendment, requires that a hearing be held at the defendant’s request.”

But since that hearing had not been allowed, the invalid warrant and the case were thrown out — the warrant, the court found, had to contain reasonably accurate information.

But the court in Barnes felt otherwise, saying such errors of law — as pertain to affidavits like search warrants — can be excused for non-lawyers, like administrators and other officials, who draft such items.

“The question before the Court in Franks was whether a criminal defendant ‘ever ha[s] the right … to challenge the truthfulness of factual statements made in an affidavit supporting the warrant?’ Dr. Barnes has not identified any cases extending Franks to misstatements of law. Instead, the Court’s research indicates the relevant inquiry is whether the warrant affidavit contains false statements of fact. That no other court has applied Franks to misstatements of law is a strong reason for declining to do so in this case.”

Because affidavits are normally drafted by non-lawyers, the court found, mistakes are not only reasonable but likely — and that’s OK.

“As an officer untrained in the law, S. A. Bradford cannot reasonably be expected to understand the nuances of the law, especially the ‘maze of Medicare regulations’ — as Dr. Barnes described them — at issue in this case.”

What this amounts to is the gutting of the premise law enforcement officers should have even a tenuous grasp of the laws they enforce. Heien’s leeway for reasonable officer ignorance of the law has been gutted in the court’s decision with Barnes.

Now, for all intents and purposes, the less an understanding of the laws they’re supposed to enforce, the better off police are in effecting arrests in cases which might not otherwise be provable in court.

Of course, the glaring paradox here concerns civilians’ imperative to maintain a working knowledge of all the laws of the land. Where police get away without even a tenuous grasp of the law, civilians are expected to abide by all of them — estimated to be tens of thousands of federal, state, and local laws in place nationwide.

Law enforcement officer now describes the most laughable oxymoron. Unfortunately, the joke’s on all of us.

Claire Bernish writes for TheFreeThoughtProject.com, where this article first appeared.

BACKFIRE: Guns Fly Off Shelves After Orlando Shooting Amid Calls for Gun Control