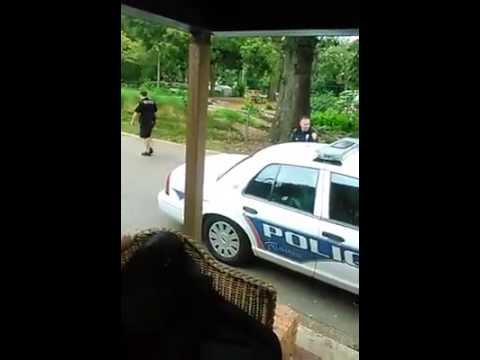 US police killed 77 people throughout the country in September, according to a compendium of local press reports compiled by volunteers on Wikipedia. Over the past week, police have killed at least 14 more people, while judges and prosecutors continued to protect the perpetrators of police violence.

Wayne County Circuit Court Judge Cynthia Gray Hathaway tossed out a felony manslaughter charge on Friday against a police officer who shot a 7-year-old girl during a raid in 2010.

Jones was killed as police were executing a “no-knock” search warrant for a homicide suspect in the two-apartment home. The police—members of the heavily armed Special Response Team—threw a flash grenade through an unopened window around 12:45 a.m. before charging in with guns drawn.

Jones’ killer, Joseph Weekley, claimed he was pointing his gun at Stanley-Jones when it accidentally went off, killing her. Hathaway claimed it was not evident that the police officer had been acting with willful negligence. “The entire trial has been about the carelessness of the defendant based on his skills … Nowhere did I hear anything about a willful negligence,” she said.

On Monday, the Michigan Court of Appeals denied an appeal of the circuit court decision on procedural grounds. “Because the oral granting of the defendant’s motion [to dismiss the felony charge] and the trial court’s entry of its written order to this effect took place before any appellate review was able to occur, this Court is barred from reviewing the trial court’s decision,” the appeals court ruled.

A judge on the appeals court acknowledged that the trial court’s dismissal of the charge was made in error, but said that no review was allowed.

A police officer in Tallahassee, Florida, was placed on paid leave after he tased an unarmed woman. Nearby residents filmed the incident from their porch on a smartphone. Viola Young, 61, had approached a group of police officers to ask about an arrest. One of the officers, identified as Terry Mahan, is shown attempting to grab Young. When she moved past him, Mahan shot her in the back with a stun gun.

She lay on the ground, paralyzed, for about two minutes before officers helped her to her feet. She was then examined by paramedics and charged with “resisting and obstructing an officer without violence,” a first-degree misdemeanor.

Two recordings of remarks made by Keith Sandy, one of the two Albuquerque Police Department officers who shot James Boyd in the city’s foothills on March 16, reveal that Sandy had threatened to shoot the mentally ill homeless man two hours before he and Dominique Perez killed him.

The first recording was made on the scene by a State Police sergeant on his dash-cam video and belt-tape audio recording system. Sandy referred to Boyd as a “f***** lunatic” and said, “I’m going to shoot him with (unintelligible) shotgun here in a second,” before clarifying that he was referring to a taser shotgun round.

In an interview with an APD detective 22 days later, Sandy first freely admitted that he had said, but “Jokingly; just kind of locker room banter,” that he would “shoot him in the pecker and call it good.” He abruptly changed his story later in the interview, claiming that he never used the phrase.

The Vermont ACLU has filed a lawsuit on behalf of Gregory Zullo, charging that state police violated the state’s search and seizure laws. Zullo, 21, had been pulled over last March 6, when police noticed that his license plate registration sticker was covered by a small amount of snow, which is not a violation under Vermont law.

The police officer spent 30 minutes demanding Zullo allow a search of his car. He made no attempt to wipe the snow off the registration sticker or ask Zullo to do it himself. Zullo repeatedly refused the officer’s demands to search the vehicle, an act within his Fourth Amendment rights, insisting the officer produce a warrant. The officer even lied to Zullo, claiming that his drug dog could “smell something” from inside his squad car. In reality, the dog was not even trained to sniff out narcotics.

Finally, the officer called a tow truck and impounded the vehicle to search it later at the police barracks. The officer left Zullo miles from his home in 20-degree weather. When Zullo asked if he could retrieve his cell phone and money from the vehicle, the officer flatly refused. He reportedly told Zullo that getting home was “not my problem” and threatened him with arrest if he tried to retrieve his belongings. Nothing illegal was found in the car after the search and Zullo was not charged with any offense.

Maine State Police shot and killed Shad Gerken, 34, on September 27 in the woods off Route 116. Officers had responded to a call around 10 a.m. about a man walking along the highway with a knife and acting erratically. The interaction turned into a standoff that lasted for eight hours. Officers claim they attempted to talk to Gerken during this time, before shooting and killing him at 6 p.m. The three officers involved were placed on paid leave.

The victim’s family members claim that he had a history of mental illness. “When the police are dealing with a mentally ill man, how do they not get a social worker there to talk to him before they use deadly force?” asked his stepfather, Norman Forsee. “There are other steps they could have taken,” he said.