Pope Francis Will Visit The U.N. to Call Upon: “crusade for New World Order” 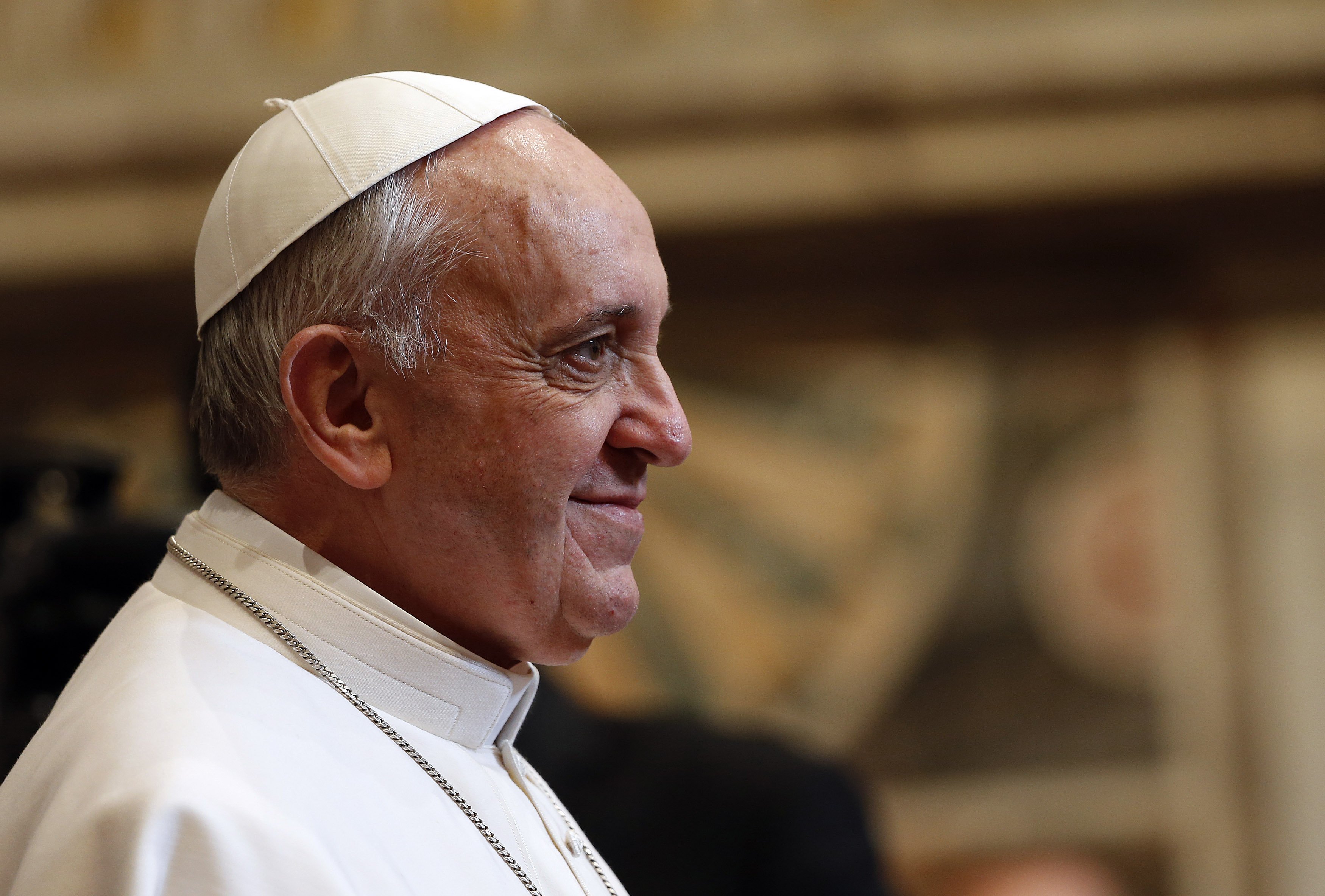 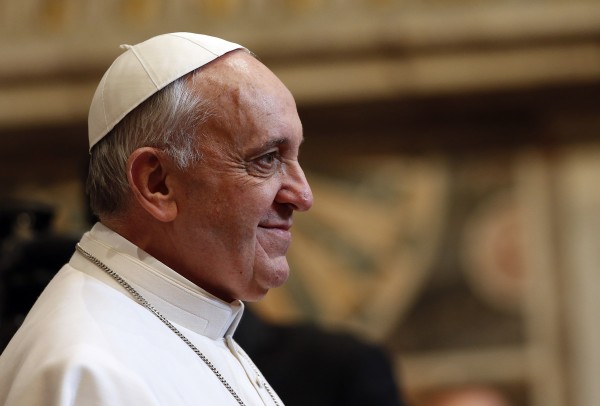 Top Vatican adviser Jeffrey Sachs says that when Pope Francis visits the United States in September, he will directly challenge the “American idea” of God-given rights embodied in the Declaration of Independence.

Sachs, a special advisor to the United Nations and director of the Earth Institute at Columbia University, is a media superstar who can always be counted on to pontificate endlessly on such topics as income inequality and global health. This time, writing in a Catholic publication, he may have gone off his rocker, revealing the real global game plan.

The United States, Sachs writes in the Jesuit publication, America, is “a society in thrall” to the idea of unalienable rights to life, liberty, and the pursuit of happiness. But the “urgent core of Francis’ message” will be to challenge this “American idea” by “proclaiming that the path to happiness lies not solely or mainly through the defense of rights but through the exercise of virtues, most notably justice and charity.”

In these extraordinary comments, which constitute a frontal assault on the American idea of freedom and national sovereignty, Sachs has made it clear that he hopes to enlist the Vatican in a global campaign to increase the power of global or foreign-dominated organizations and movements.

Sachs takes aim at the phrase, which comes from America’s founding document, the United States Declaration of Independence, that “We hold these truths to be self-evident, that all men are created equal, that they are endowed by their Creator with certain unalienable Rights, that among these are Life, Liberty and the pursuit of Happiness.”

These rights sound good, Sachs writes, but they’re not enough to guarantee the outcome the global elites have devised for us. Global government, he suggests, must make us live our lives according to international standards of development.

“In the United States,” Sachs writes, “we learn that the route to happiness lies in the rights of the individual. By throwing off the yoke of King George III, by unleashing the individual pursuit of happiness, early Americans believed they would achieve that happiness. Most important, they believed that they would find happiness as individuals, each endowed by the creator with individual rights.”

While he says there is some “grandeur in this idea,” such rights “are only part of the story, only one facet of our humanity.”

The Sachs view is that global organizations such as the U.N. must dictate the course of nations and individual rights must be sacrificed for the greater good. One aspect of this unfolding plan, as outlined in the Sachs book, The End of Poverty, involves extracting billions of dollars from the American people through global taxes.

“We will need, in the end, to put real resources in support of our hopes,” he wrote. “A global tax on carbon-emitting fossil fuels might be the way to begin. Even a very small tax, less than that which is needed to correct humanity’s climate-deforming overuse of fossil fuels, would finance a greatly enhanced supply of global public goods.” Sachs has estimated the price tag for the U.S. at $845 billion.

In preparation for this direct assault on our rights, the American nation-state, and our founding document, United Nations Secretary-General Ban Ki Moon told a Catholic Caritas International conference in Rome on May 12 that climate change is “the defining challenge of our time,” and that the solution lies in recognizing that “humankind is part of nature, not separate or above.”

The pope’s expected encyclical on climate change is supposed to help mobilize the governments of the world in this crusade.

But a prestigious group of scholars, churchmen, scientists, economists, and policy experts has issued a detailed rebuttal, entitled, “An Open Letter to Pope Francis on Climate Change,” pointing out that the Bible tells man to have dominion over the earth.

“Good climate policy must recognize human exceptionalism, the God-given call for human persons to ‘have dominion’ in the natural world (Genesis 1:28), and the need to protect the poor from harm, including actions that hinder their ascent out of poverty,” the letter to Pope Francis states.

Released by a group called the Cornwall Alliance, the letter urges the Vatican to consider the evidence that climate change is largely natural, that the human contribution is comparatively small and not dangerous, and that attempting to mitigate the human contribution by reducing CO2 emissions “would cause more harm than good, especially to the world’s poor.”

The Heartland Institute held a news conference on April 27 at the Hotel Columbus in Rome to warn the Vatican against embracing the globalist agenda of the climate change movement. The group is hosting the 10th International Conference on Climate Change in Washington, D.C., on June 11-12.

However, it appears as if the Vatican has been captured by the globalist forces associated with Sachs and the United Nations.

Voice of the Family, a group representing pro-life and pro-family Catholic organizations from around the world, has taken issue not only with the Vatican’s involvement with Sachs, but with Ban Ki Moon, describing the two as “noted advocates of abortion who operate at the highest levels of the United Nations.”Sachs has been described as “arguably the world’s foremost proponent of population control,” including abortion.

Voice of the Family charges that environmental issues such as climate change have become “an umbrella to cover a wide spectrum of attacks on human life and the family.”

Although Sachs likes to claim he was an adviser to Pope John Paul II, the noted anti-communist and pro-life pontiff, Sachs simply served as a member of a group of economists invited to confer with the Pontifical Council on Justice and Peace in advance of the release of a papal document.

In fact, Pope John Paul II had worked closely with the Reagan administration in opposition to communism and the global population control movement. He once complained that a U.N. conference on population issues was designed to “destroy the family” and was the “snare of the devil.”

Pope Francis, however, seems to have embraced the very movements opposed by John Paul II.

Sachs, who has emerged as a very influential Vatican adviser, recently tweeted that he was “thrilled” to be at the Vatican “discussing moral dimensions of climate change and sustainable development.” The occasion was a Vatican workshop on global warming on April 28, 2015, sponsored by the Pontifical Academy of Sciences of the Roman Catholic Church. Sachs was a featured speaker.

“The Network has proposed draft Sustainable Development Goals (SDGs) which contain provisions that are radically antagonistic to the right to life from conception to natural death, to the rights and dignity of the family and to the rights of parents as the primary educators of their children,” states the group Voice of the Family.

In July, a Financing for Development conference will be held, in order to develop various global tax proposals, followed by a conference in Paris in December to complete a new climate change agreement.

Before that December conference, however, Sachs says the pope will call on the world at the United Nations to join the crusade for a New World Order.

Sachs says, “Pope Francis will come to the United States and the United Nations in New York on the occasion of the 70th anniversary of the United Nations, and at the moment when the world’s 193 governments are resolved to take a step in solidarity toward a better world. On Sept. 25, Pope Francis will speak to the world leaders—most likely the largest number of assembled heads of state and government in history—as these leaders deliberate to adopt new Sustainable Development Goals for the coming generation. These goals will be a new worldwide commitment to build a world that aims to harmonize the pursuit of economic prosperity with the commitments to social inclusion and environmental sustainability.”

Rather than emphasize the absolute need for safeguarding individual rights in the face of government overreach and power, Sachs writes that the Gospel teachings of humility, love, and justice, “like the teachings of Aristotle, Buddha and Confucius,” can take us on a “path to happiness through compassion” and “become our guideposts back to safety.”

Writing elsewhere in the new issue of America, Christiana Z. Peppard, an assistant professor of theology, science, and ethics at Fordham University, writes about the “planetary pope,” saying, “What is really at stake in the collective response to the pope’s encyclical is not, ultimately, whether our treasured notions of theology, science, reality or development can accommodate moral imperatives. The real question is whether we are brave enough and willing to try.”

The plan is quite simple: world government through global taxes, with a religious face to bring it about.