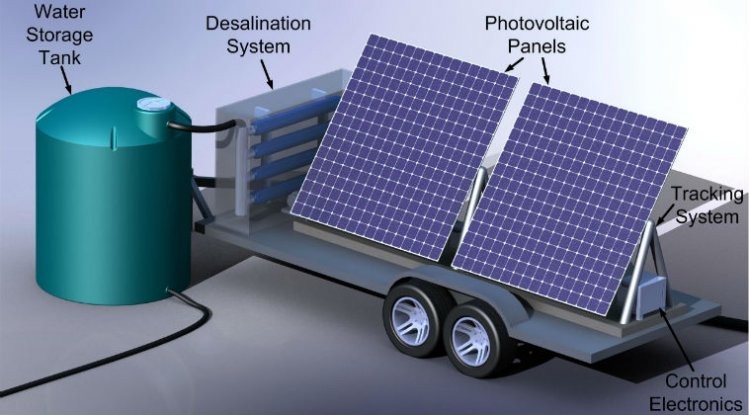 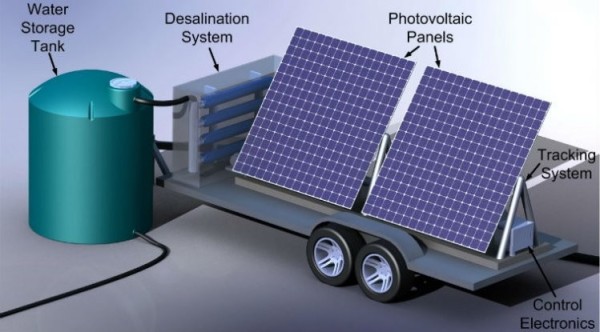 By using solar power to charge a cache of batteries, scientists at MIT have figured out a way to remove salt from water through electrodialysis at an extremely efficient rate.

David L. Chandler explains, “Electrodialysis works by passing a stream of water between two electrodes with opposite charges. Because the salt dissolved in water consists of positive and negative ions, the electrodes pull the ions out of the water, leaving fresher water at the centre of the flow. A series of membranes separate the freshwater stream from increasingly salty ones.”

MIT’s advancement in the actual membrane is another reason for the increased rate of efficiency. Compared to the 40% to 60% of traditional reverse osmosis systems, they are able to turn 90% of the saltwater fed into the machine into drinking water. In one day this machine can filter 2,100 gallons of water.

According to mechanical engineer, Amos Winter, working on the project “both electrodialysis and reverse osmosis require the use of membranes, but those in an electrodialysis system are exposed to lower pressures and can be cleared of salt buildup simply by reversing the electrical polarity. That means the expensive membranes should last much longer and require less maintenance, Winter says.”

As David Cohen-Tanugi points out in the following video, graphene is the new super filtration material: