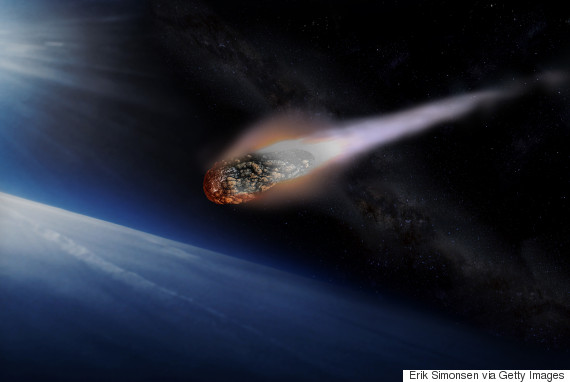 Astronomers are on the hunt for any witnesses to a meteor that exploded over Northern Ireland with the force of an ‘atomic bomb’.

According to the Irish Times, the fireball appeared in the night sky at around 10pm on Sunday 25 April – lighting huge swathes of both Northern Ireland and the north of England.

David Moore from Astronomy Ireland believes that — judging from eyewitness reports — the object was probably around the size of a car.

He goes on to tell the paper that in his opinion, the resulting explosion probably produced the equivalent energy of a World War 2 atomic bomb.

Moore is now asking for any witnesses to come forward in the hopes that they can further identify the object and then also try and predict where it landed.

“We are desperately seeking people to fill out the report form on Astronomy.ie. The sad fact is less than one in a hundred people in every single event like this ever fills in the form,”

“There has to be dozens, if not hundreds, of records of this fireball seen on Irish cameras on Sunday night, and to date we’ve only ever received one video report [which was from the 1999 event].”