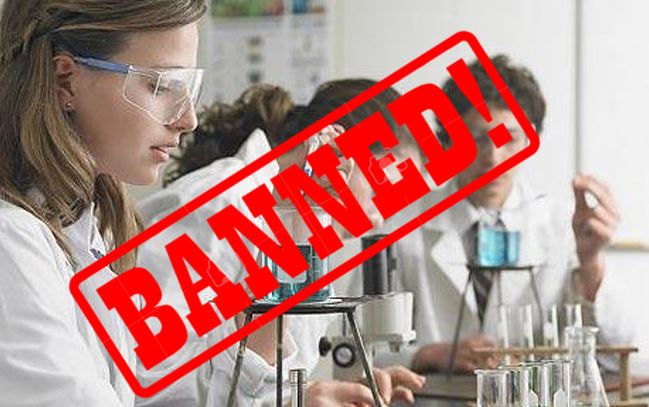 Multiple media outlets are reporting that the OPCW has been blocked by Western Nations to conduct a forensic investigation of the recent Syrian chemical attacks. The Organization for the Prohibition of Chemical Weapons (OPCW) had previously worked with the UN in past chemical weapons investigations before today’s reports.

If confirmed, these reports have drastic implications on the direction of science within the realm of American intelligence.

“Yesterday, our joint proposal that OPCW experts visit the sites of the suspected chemical weapon use incident in Syria was blocked by western delegations without coherent explanations. This showed the complete incompetence of the positions of our western colleagues who basically prohibit the OPCW from sending their experts to the site of the incident, to the air base from where aircraft loaded with chemical weapons allegedly flew out.”

Syria had requested the OPCW to investigate the chemical weapons attack, according to a UN report which also cites Russian influence in the proposed investigation. U.S. officials have asserted that Assad’s henchmen dropped sarin gas in Idlib from the sky in an effort to kill his own citizens.

An extraordinary claim like this would require extraordinary evidence, as Carl Sagan would have likely asserted. Although dictators have been known to murder their own citizens in the past, we cannot simply come out and accuse a man of a crime like this without first conducting a thorough investigation, confirmed by further scientific investigations.

To be fair, the USA should consider a diplomatic route which is highly-cautious to use force, and instead takes in the opinion of multiple sources and countries when conducting an investigation which concerns the future of politics in the region.

Russian Influence In The Investigation

Putin latest statement warning of a FALSE FLAG attack in Syria that of course would lead to a global conflict https://t.co/oz32xlrstM pic.twitter.com/ZY3zB9Eh0I

Of course, Russia has an interest in the investigation, considering Putin had previously asserted that the Syrian chemical attack was just the beginning of a ring of false-flag attacks on the country, and the proxy war that has been happening there for quite some time. However, does that mean we should simply avoid listening to others, and instead only listen to official U.S. reports?

Science suggests that multiple sources should find similar conclusions using the scientific method if we are to inch closer to the truth with investigations like this. U.S. intelligence which is right, and not acting to hide an agenda, should not have anything to worry about regarding other organizations conducting scientific investigations of the Syrian chemical attack.

The White House intelligence report of the Syrian chemical attacks asserts that they have already conducted an investigation and that they would not reveal their sources, methods, and accordingly, evidence:

“We have confidence in our assessment because we have signals intelligence and geospatial intelligence, laboratory analysis of physiological samples collected from multiple victims, as well as a significant body of credible open source reporting, that tells a clear and consistent story. We cannot publicly release all available intelligence on this attack due to the need to protect sources and methods.”

In other words, the White House intelligence report on the Syrian Chemical attacks released only one week after the attack states that they are confident in the information that they have, and that they don’t need to prove their claims to American public and furthermore that the American people should just trust that the intelligence community know best.

If there are American officials who want to garner support for regime change in Syria, perhaps they should start by releasing their sources and methods used for gathering their evidence, and conduct an international scientific investigation with truth being the prime moral. Then, conduct a debate in Congress using the House representatives elected by the American people before escalating the conflict in the Syria.