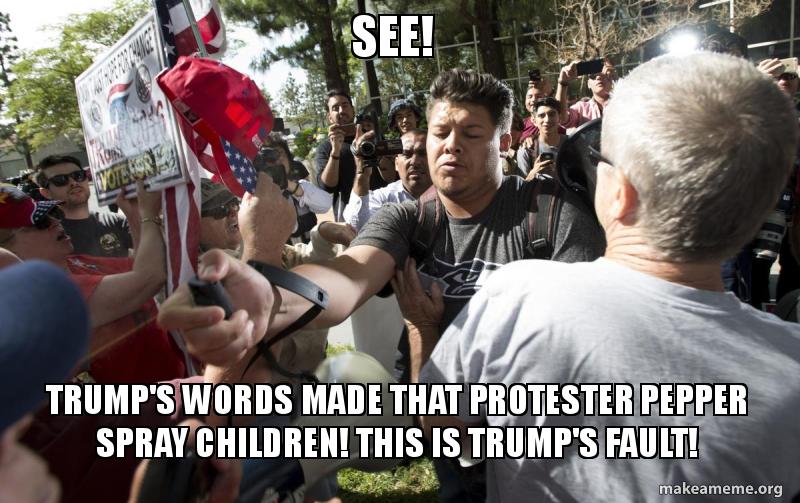 Apolitical, Bernie supporter, or Trump supporter, anyone with common sense should see that pepper spraying children is wrong and not justified by hating a political candidate.

This is about personal responsibility — people have been justifying the violence of the protestors against Trump, and that justification is insane.

ANAHEIM, Calif. — Supporters and opponents of Donald Trump clashed outside City Hall, and five people, including two little girls, were pepper-sprayed by a demonstrator during the heated confrontation, police said.No serious injuries and no arrests were reported in Tuesday’s clash as about 50 people confronted each other in the Orange County community.Backers waving US flags and pro-Trump signs were met by opponents and a shouting match began before a city council meeting where an anti-Trump resolution had been proposed. The council eventually chose to take no action on the measure.At one point, an opponent unleashed a hand-held pepper-spray device on the pro-Trump crowd.Five people, including two girls ages 8 and 11, were exposed to the eye-stinging spray, police Sgt. Daron Wyatt said. Three were treated at the scene by paramedics.The man fled, but police were looking for him, Wyatt said. 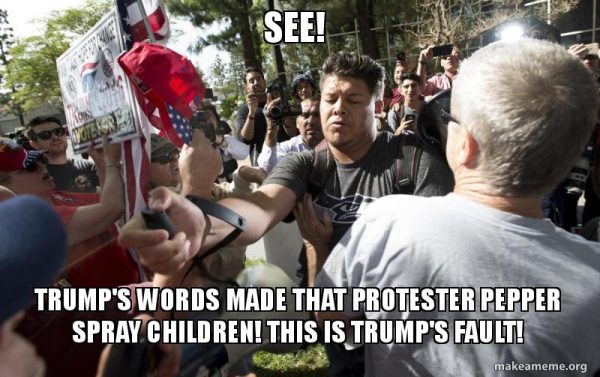