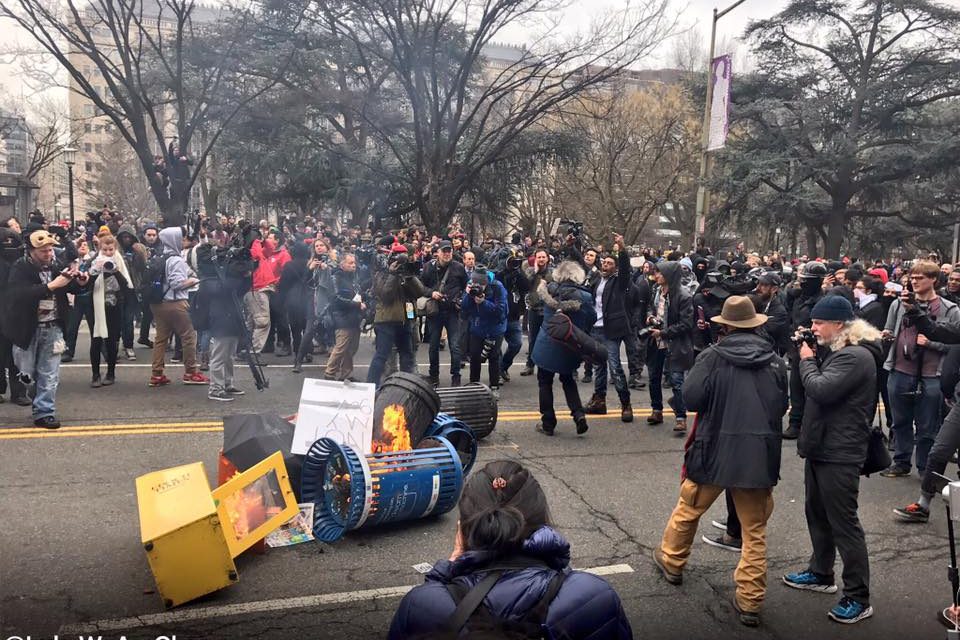 BREAKING NEWS: In this exclusive video, WeAreChange provides on-the-ground coverage of the protests following the inauguration on Friday. Luke Rudkowski reported that while some protesters have been peaceful, others have destroyed property and lashed out against police.

The protests initially began Friday morning before the inauguration of Donald Trump began. DC police were quick to respond with pepper spray, and then began to use flash bang grenades:

Riot police then began to barricade protestors, and when those protestors charged back at the police, they were met with heavy pepper spray and another round of flash bang grenades:

Protestors have lit fires in the middle of D.C, I'm live now on https://t.co/b0880QReKp for live videos pic.twitter.com/Dw7gEJWEI2