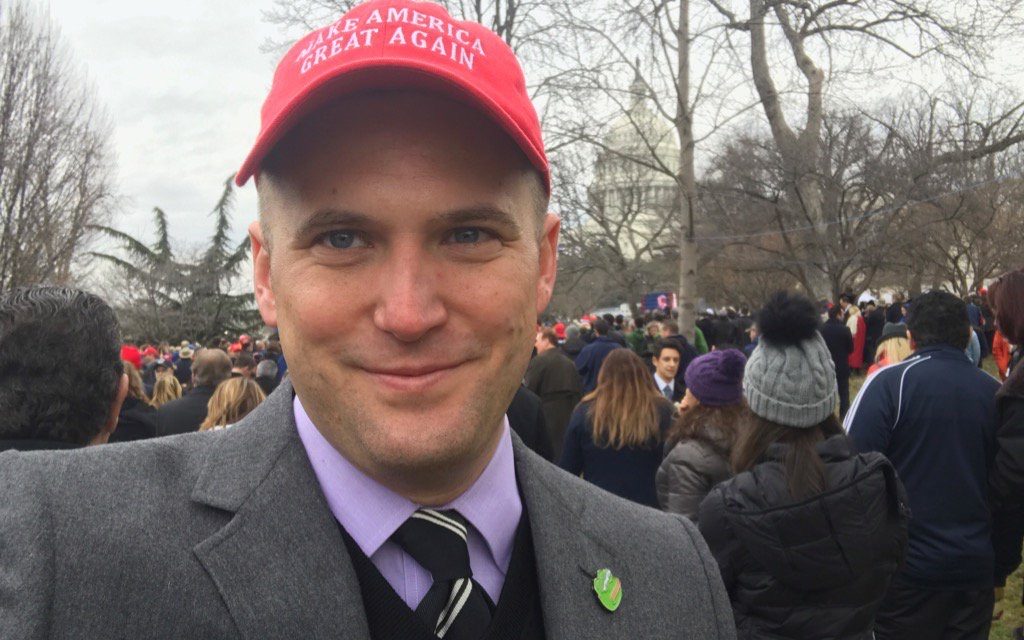 Self-proclaimed “Karl Marx of the Alt-Right,” Richard Spencer, was reportedly punched in the face on Friday during a protest following Donald Trump’s inauguration. 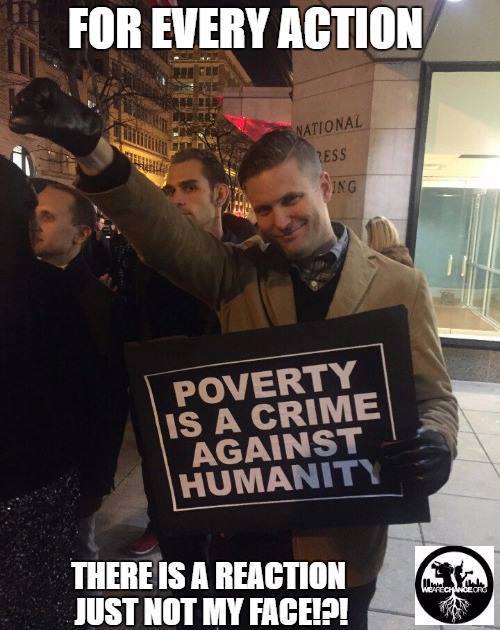 Spencer was reportedly hit twice in the face after giving a speech.

I was just physically assaulted twice by antifas. No serious damage. I can take a punch.

“Someone ran up behind him and clocked him in the face. Somebody in a mask. Spencer kept talking,” a witness. “Then it happened again.”

“One of them was in the ear,” the witness noted. “He’s gonna have a big face tomorrow. Keep an eye on it.”

UPDATE: 7:30 EST – Video has emerged of Spencer being punched in the face by a protester.

Spencer has not been afraid to make questionable decisions in order to gain attention. In November, after President Trump won the election, Spencer did a nazi salute to celebrate while saying, “hail Trump, hail our people hail victory.”

@RichardBSpencer also expressed his hatred and bigotry after Trump won the primary and spoke in Cleveland during the RNC convention. Spencer called for the removal of “African-Americans, Hispanics and Jews” from the United States at a Ritz-Carlton bar.

Spencer was also one of many banned by Twitter earlier this year for his controversial racial tweets and ideology.

Stay tuned to WeAreChange’s coverage of the 2017 Inauguration protest of Donald Trump.