Pseudoscience in the Witness Box 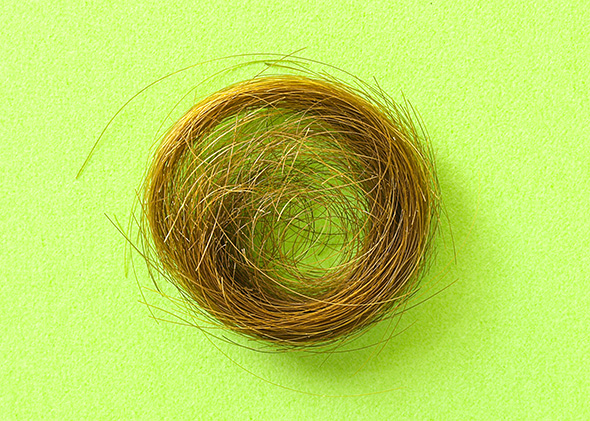 The FBI faked an entire field of forensic science.

The Washington Post published a story so horrifying this weekend that it would stop your breath: “The Justice Department and FBI have formally acknowledged that nearly every examiner in an elite FBI forensic unit gave flawed testimony in almost all trials in which they offered evidence against criminal defendants over more than a two-decade period before 2000.”

What went wrong? The Post continues: “Of 28 examiners with the FBI Laboratory’s microscopic hair comparison unit, 26 overstated forensic matches in ways that favored prosecutors in more than 95 percent of the 268 trials reviewed so far.” The shameful, horrifying errors were uncovered in a massive, three-year review by the National Association of Criminal Defense Lawyers and the Innocence Project. Following revelations published in recent years, the two groups are helping the government with the country’s largest ever post-conviction review of questioned forensic evidence.

Chillingly, as the Post continues, “the cases include those of 32 defendants sentenced to death.” Of these defendants, 14 have already been executed or died in prison.

The massive review raises questions about the veracity of not just expert hair testimony, but also the bite-mark and other forensic testimony offered as objective, scientific evidence to jurors who, not unreasonably, believed that scientists in white coats knew what they were talking about. As Peter Neufeld, co-founder of the Innocence Project, put it, “The FBI’s three-decade use of microscopic hair analysis to incriminate defendants was a complete disaster.”

This study was launched after the Post reported that flawed forensic hair matches might have led to possibly hundreds of wrongful convictions for rape, murder, and other violent crimes, dating back at least to the 1970s. In 90 percent of the cases reviewed so far, forensic examiners evidently made statements beyond the bounds of proper science. There were no scientifically accepted standards for forensic testing, yet FBI experts routinely and almost unvaryingly testified, according to the Post, “to the near-certainty of ‘matches’ of crime-scene hairs to defendants, backing their claims by citing incomplete or misleading statistics drawn from their case work.”

It was later revealed that one of the hairs presented at trial came from a dog.
NACDL executive director Norman Reimer said in an interview with Associations Now that the flaws in the system had been known for years now. “What we were finding was that the examiners … wouldn’t just simply say that there was a microscopic similarity [between the two hairs], but they would go beyond that and say it was a 100 percent match, essentially misleading the jury into concluding that the evidence had a certain value that it didn’t actually have,” Reimer said.

This problem doesn’t stop with the FBI labs or federal prosecutions. The review focuses on the first few hundred cases, involving FBI examiners, but the same mistakes and faulty testimony were likely presented in any state prosecutions that relied on the between 500 and 1,000 local or state examiners trained by the FBI. Some states will automatically conduct reviews. Others may not. Much of the evidence is now lost.

Systemic change, in other words, is being left to the discretion of the system itself.

This Man Deserves a Pardon

Of all the maddening stories of wrongful convictions, Michael McAlister’s may be one of the worst. For starters, he has been in prison for 29 years for an attempted rape he almost certainly did not commit.
Paradoxically, Justice Antonin Scalia has emerged as a vocal early skeptic about the risk of taint in the work of crime labs, even though he contended in 2006 that, “It should be noted at the outset that the dissent does not discuss a single case—not one—in which it is clear that a person was executed for a crime he did not commit. If such an event had occurred in recent years, we would not have to hunt for it; the innocent’s name would be shouted from the rooftops by the abolition lobby.” It is clearer now than ever that crime labs and prosecutors’ officers do make mistakes, shameful, devastating mistakes, and that they don’t usually distinguish between capital and noncapital cases when they do so.

Sen. Patrick J. Leahy, D-Vermont, and Rep. Eddie Bernice Johnson, D-Texas, the ranking Democrats on the Senate Judiciary and House Science committees, respectively, are looking for forensic-science reforms to hold examiners to meaningful standards. But this hardly helps the folks who are in cells for crimes they didn’t commit, based on evidence that—according to scientific experts—is all but worthless.

This whole justice-disaster-on-wheels is not a problem that has gone unreported. As Conor Friedersdorf notes, state and national publications have been exposing the inadvertent errors and deliberate manipulations of forensic crime labs across the country for years now. We have covered these issues at Slate. But as long as crime labs answer to prosecutors, and indeed, according to Business Insider, in some cases they are compensated for each conviction, the incentives for reform are hopelessly upside-down. The problem, in short, isn’t that we can’t identify the problem.

There is no lack of good ideas for reform. (Journalist Radley Balko and Roger Koppl, a professor of finance at Syracuse University’s Whitman School of Management and a fellow at Syracuse’s Forensic and National Security Sciences Institute, offered up a laundry list of fixes in Slate—almost seven years ago.)* These solutions are not all that expensive or complicated. Among them: giving defendants their own forensic experts, untethering crime labs from the prosecutors and cops to which they now answer, verification and standards. But no matter how many times we may reiterate that the status quo is intolerable and that simple corrections would yield significantly better data, no real energy for reform exists.

University of Virginia law professor Brandon L. Garrett, who has been studying DNA exonerations and wrongful convictions for years now, had this to say in an email: “When I looked at forensics in DNA exoneree trials, I found more often than not that the testimony was unscientific and flawed. We know that whenever we look at old criminal cases we see flawed forensics wherever we look. And yet hardly any crime labs have bothered to conduct audits. Nor is the problem limited to bad hair cases—much the same type of eyeballed comparison is done on bite marks, ballistics, fibers, and even fingerprints.”

But we should still have the death penalty right guys? More…

-MEH115
268 CommentsJoin In
Horror stories abound. George Perrot (profiled by Ed Pilkington of the Guardian) may have spent 30 years in prison based on erroneous forensic hair testimony. Mississippi bite-mark expert Michael West, about whom Balko has written extensively, was shown in a recent film jamming the suspect’s dental mold into the body of a young victim. Santae Tribble served 28 years for a murder based on FBI testimony about a single strand of hair. He was exonerated in 2012. It was later revealed that one of the hairs presented at trial came from a dog.

And the reign of pseudoscience in the witness box hardly stops at hair and bite marks. It sweeps in the testimony of forensic psychiatrists like James Grigson, nicknamed Dr. Death for his willingness to testify against capital defendants, and flawed arson analysis that may have contributed to the execution of Texas’ Cameron Todd Willingham. Jurors grass-fed on CSI-Someplace and Law and Order believe uncritically in experts who throw around words like “cuticle” and “cortex,” and why shouldn’t they? These folks are supposed to be analysts who answer to the rules of science, not performance artists trotted out for the benefit of the prosecution.

Since prison-crowding and justice reform are widely touted as issues that unite the left and the right in this country, going back and retesting the evidence of those who may well have been wrongly imprisoned should be a national priority. So far it isn’t, perhaps because the scope of the enterprise is so daunting. Or perhaps because nobody really cares all that much about people who’ve been sitting in jail for years and years. Says Garrett: “These victims may remain unrecognized and in prison—if they still live—and the same unscientific testimony continues to be delivered without limitation. … But hey, these are just criminal cases right?”