Rand Paul: Subpoena Whistleblower, He May Be Involved in Corrupt Ukraine Dealings 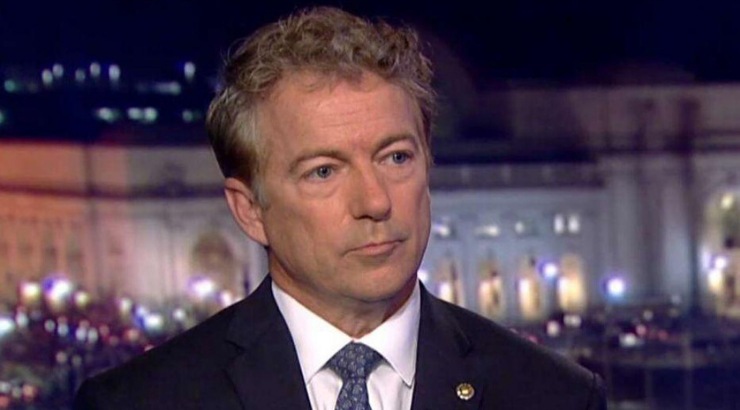 Sen. Rand Paul (R-KY) has called on Congressional Republicans to subpoena the anti-Trump whistleblower, suggesting he may be involved in corrupt business dealings in Ukraine.

In a Tuesday interview, Paul said that the whistleblower – reported to be CIA officer Eric Ciaramella – “is a material witness to the possible corruption of Hunter Biden and Joe Biden,” and that Congress should investigate the whistleblower’s ties to the Biden family and Burisma holdings, the Ukrainian gas company that paid Hunter Biden to sit on its board, according to BuzzFeed.

“[The whistleblower] might have traveled with Joe Biden to Ukraine for all we know. We should look at his writings. We should know all of this stuff to see whether or not he has any intersection with Burisma and with Hunter Biden,” said Paul.

The president’s most ardent supporters in Congress have long insisted the real corruption in Ukraine was done by former vice president Joe Biden and his family rather than by President Donald Trump. Many have also called for outing the anonymous intelligence official who filed a whistleblower complaint alleging Trump demanded a political quid pro quo from the Ukrainian government — an investigation into the Biden family in exchange for hundreds of millions of dollars in military aid. But, until now, they had not brought those two lines of attack together. –BuzzFeed

When asked if he has any evidence for his suppositions, Paul said “We don’t know unless we ask.”

Senate Judiciary Committee Chair Lindsey Graham (R-SC) was surprised at Paul’s comments, saying “He needs to tell us. You can’t ask a judge. You can’t ask members [of Congress], ‘Do you want to subpoena this guy?‘ He might be this, he might be that.”

Both Graham and Paul do agree, however, that the whistleblower’s identity should be officially made public, with Paul telling reporters that he “probably will” disclose his name.

“I’m more than willing to, and I probably will at some point. … There is no law preventing anybody from saying the name,” said Paul.

Other lawmakers such as Sen. Mitt Romney, Roy Blunt, John Cornyn and Lisa Murkowski say he should remain anonymous.

The whistleblower’s attorney, Mark Zaid, said that Paul and others are using disinformation to distract from the substance of the allegations.

“I imagine at some point soon our client will be accused of masterminding JFK’s assassination as well,” he said. “Any Member of Congress who pushes to expose the whistleblower will not only undermine the integrity of the system but will be disgracing their office and betraying the interests of the Constitution and the American people.”