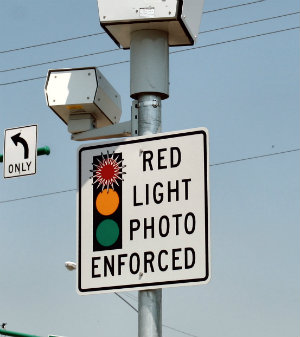 (Nick Hankoff) Karen Finley, as CEO of Redflex, a red-light camera company, bribed Columbus and Cincinnati, Ohio officials in late 2011 to not take down the red light cameras.

Like what you’re reading? Keep VoicesofLiberty.com going by contributing to the cause of freedom.

We know this because Redd-light-camera-springfield-ohioFinley admitted so in a guilty plea before federal court. The charge is conspiracy to commit federal programs bribery.

Redflex donated to politicians from 2005 to 2013, and according to the Columbus Dispatch, in 2011 those donations turned to straight up bribes. The Ohio Democratic Party took $20,000 from Redflex as a “success fee” and passed a little more than that on to Columbus Council President Andrew Ginther less than two weeks later. Ginther is now considered the frontrunner in the Columbus mayoral race.