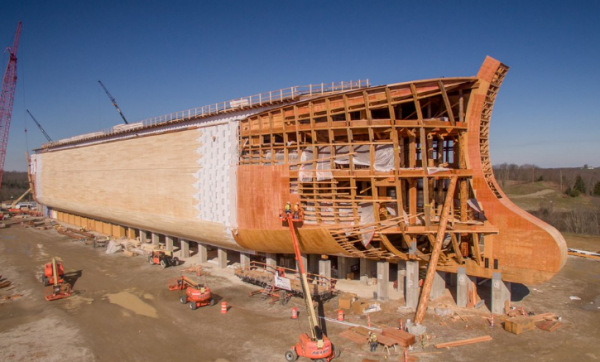 The taxpayers of Kentucky will be forced to put their money towards a creationist theme park built by evolution-denying Christian fundamentalist Ken Ham, who seeks to spread the seed of misinformation to the malleable minds of children.

The Courier-Journal reports that the Kentucky Tourism Development Finance Authority approved the “long-pending” application of the Christian ministry Answers in Genesis for the tax breaks this Monday.

“A state board restocked last week with new appointees by Gov. Matt Bevin has quietly approved the long-sought tax incentives worth up to $18 million for the controversial Noah’s Ark theme park due to open this summer in Grant County,” the Journal reported.

The Lexington Herald Leader also reported that the tax break “initially was approved by the Kentucky Tourism Development Finance Authority in 2014 under Gov. Steve Beshear’s administration, but it was later canceled after tourism officials learned that the theme park would hire only Christians.”

“Ark Encounter officials sued the state in federal court, saying the state’s decision to withhold the tax break violated its free speech. In January, U.S. District Judge Greg Van Tatenhove ruled that the theme park was eligible to receive the tax incentive, which has neutral requirements that can be met by religious and secular groups alike.”