Rep. Mia Love wants to limit congressional bills to one subject at a time 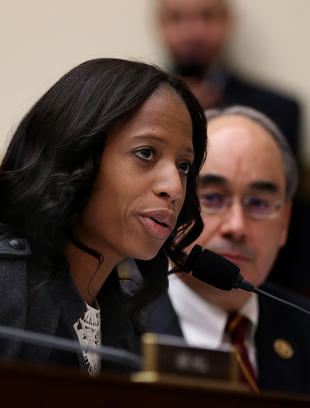 SALT LAKE CITY — Rep. Mia Love wants to crack down on Congress dumping controversial legislation into unrelated, must-pass bills in the middle of the night.

The Utah Republican has introduced a measure to limit bills in Congress to one subject at a time. It would prevent lawmakers from bundling things together or folding legislation into large appropriations bills. Each bill would rise and fall on its own merits.

“Members of both parties have made a habit of passing complex, thousand-page bills without hearings, amendments or debate,” Love said. “That process and the collusion that goes with it are why we are $18 trillion in debt and why the American people have lost trust in elected officials.”

Love’s proposal takes a page out of the Utah Constitution, which requires the Legislature pass bills containing only one subject and that is clearly expressed in the title.

“Let’s bring a little bit of what works in Utah to Washington,” Love said on KSL Newsradio’s “The Doug Wright Show.”

Love said she expects opposition to the bill from those who benefit from backroom deals and who say it would take more time to pass legislation. But bills is what Congress was elected to do, she said, even if it takes more time.

The freshman representative said she intends to talk about her legislation nationally and get other members of Congress on board.

Sen. Mike Lee, R-Utah, is a proponent of taking issues one at a time, particularly when it comes to the federal budget.

Lee urged Congress to consider separate appropriations bills on specific items such as Social Security or defense during the budget debate when Planned Parenthood funding became an issue last fall.