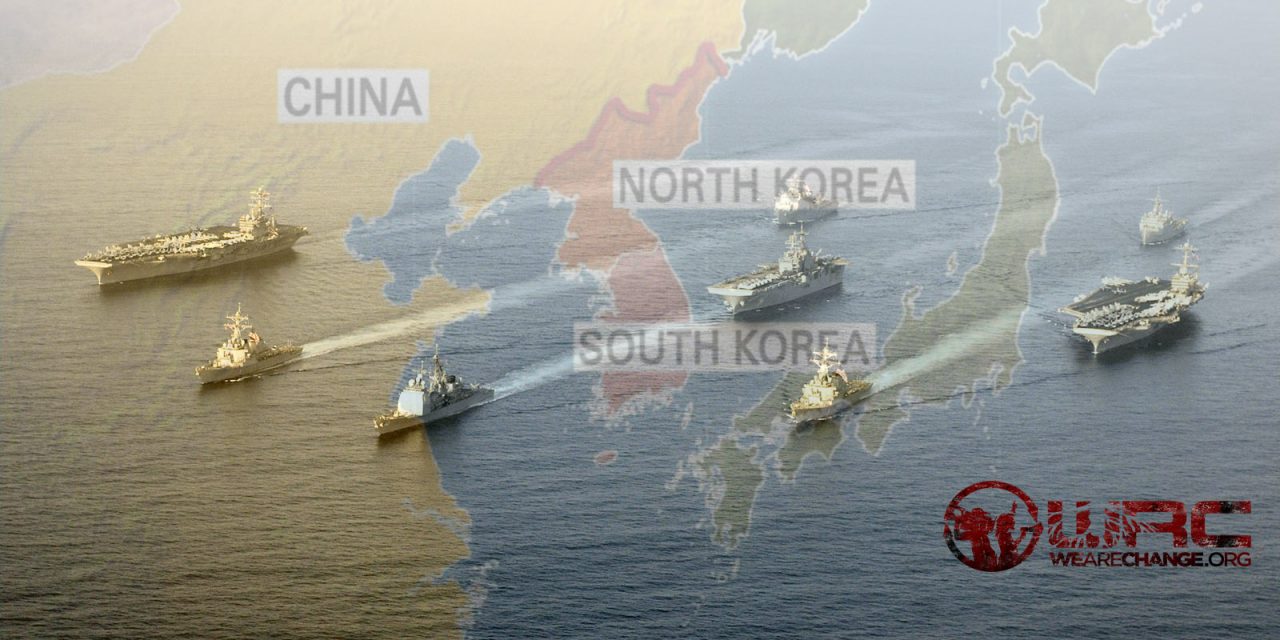 As the tensions between world powers reach a tipping point, multiple sources now report that military moves are being made by China, Russia, and the USA, all appearing to head in the direction of the Korean Peninsula.

President Trump’s armada, which has been dubbed the U.S. Navy’s Carrier Strike Group 1 left for the Korean peninsula only days ago.

Recently, South Korean news reported that three aircraft carriers were gathering in the Korean peninsula. They are expected to be operational by June 25th, which means there could be two more USA-financed aircraft carriers to add on to the armada, already boasting one.

As a Zero Hedge report states, there also could be a mass mobilization of Russian ground forces in Vladivostok, Russia, which is near the North Korean border. Video footage illustrates that the Russians could be gearing up for a massive military campaign  — if the footage is legitimate.

According to a report from the Salt Lake Tribune, China and Russia have dispatched “intelligence-gathering vessels,” from their respective navies to chase down the USS Carl Vinson — an aircraft carrier that is apart of a U.S. armada sent to North Korean waters.

The source of this information is predominately cited as The Yomiuri Shimbun, who furthermore stated that both Russia and China want to “probe the movements” of the United States, which illustrated that they are not excluding the chance of a USA-led military action on North Korea in the coming days.

The Yomiuri Shimbun, who received their information from “multiple sources,” of the Japanese government confirms that Russia and China are simply watching the situation unfold so that a response could be best brought out, should any sort of aggression occur on either side of this conflict.

The USA and South Korea are spending the next couple of weeks doing annual military exercises in Seoul and U.S. Vice President Mike Pence said recently that the time of “strategic patience,” was over.

Could this mean that the U.S. is actually preparing for war with North Korea? Or is the U.S. armada simply showing off its shiny armored steel, like President Theodore Roosevelt’s Great White Fleet once did?