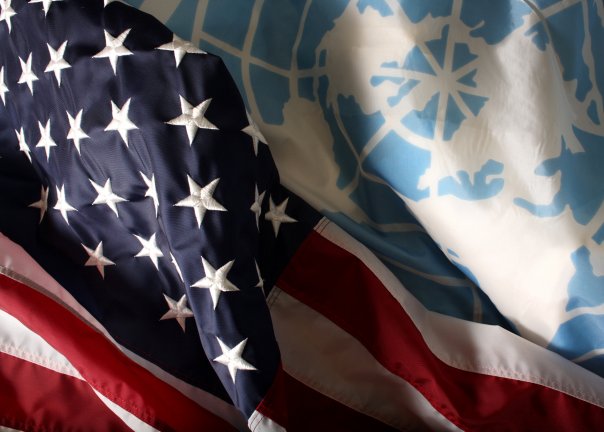 House Republicans have introduced H.R. 193, the “American Sovereignty Restoration Act of 2017,” a bill that seeks to remove the United States from the United Nations.

The bill has not passed the Committee, House or Senate yet.

The American Sovereignty Act was proposed first in 2009, then in 2013, and then again in 2015, and it failed to pass the Committee. Now that Republicans have control of both houses of Congress, could the bill finally pass?

President Trump called for the U.S. to withdraw from NATO and the United Nations during his campaign for his presidency.

Trump also tweeted out “The United Nations has such great potential but right now it is just a club for people to get together, talk and have a good time. So sad!”

Trump added, “As to the UN, things will be different after Jan. 20th,” referring to the day he was inaugurated.

The United Nations has such great potential but right now it is just a club for people to get together, talk and have a good time. So sad!

Will 2017 be the year that the U.S. is removed from the United Nations, an organization that is pushing for the 2030 Agenda? You can read the full bill here. Excerpts are below:

“The bill would require: (1) the President to terminate U.S. membership in the United Nations (U.N.), including any organ, specialized agency, commission, or other formally affiliated body; and (2) closure of the U.S. Mission to the United Nations.

The bill prohibits: (1) the authorization of funds for the U.S. assessed or voluntary contribution to the U.N., (2) the authorization of funds for any U.S. contribution to any U.N. military or peacekeeping operation, (3) the expenditure of funds to support the participation of U.S. Armed Forces as part of any U.N. military or peacekeeping operation, (4) U.S. Armed Forces from serving under U.N. command, and (5) diplomatic immunity for U.N. officers or employees.”