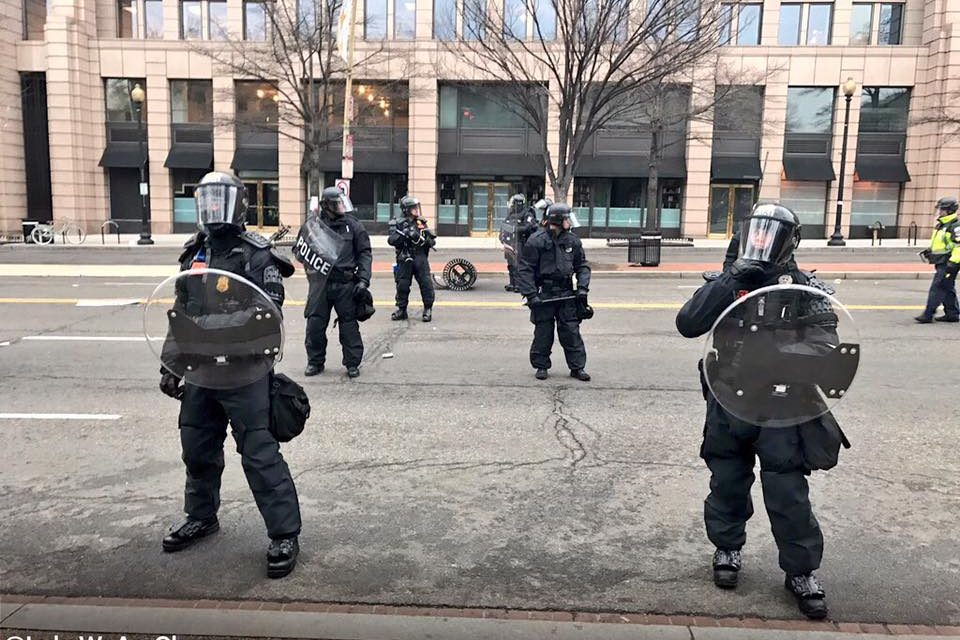 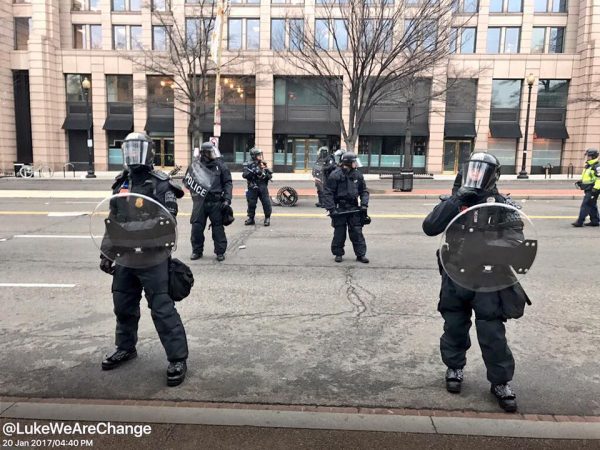 The overall picture of Friday’s Inauguration Day protests is one of legions of black-clad stormtrooper-like police attacking mostly unarmed protesters and media. It reflects terribly on Washington DC, let alone on Inauguration Day, and no amount of official disinformation is going to hide the truth that was broadcast to the world.

Washington D.C. Police Chief Peter Newsham claimed on Sunday that the flash bang grenades thrown at protesters and journalists during the inauguration protests did not come from his officers.

Instead Newsham said the grenades must have belonged to the protesters. This obvious attempt at misleading the public is easily disproven by the thousands of live videos and photographs available on social media—including exclusive footage from WeAreChange—showing Newsham’s officers firing the less-than-lethal grenades directly at protesters and media.

The Police Chief seems to forget that there were dozens of people streaming the event live, with countless eye-witnesses from all around the world watching the events unfold on the streets on Friday.

Newsham said that the “department is investigating whether officers handling the protests deployed either flash-bang or percussion grenades — used to disorient people in crowds — and he said that protesters had their own.”

WeAreChange’s Luke Rudkowski caught the police on video throwing flash bang grenades, spraying heavy doses of pepper spray and barricading and aggravating the crowd. In one video, a flash bang grenade launched by an officer lands mere feet away from Rudkowski and then explodes, knocking a nearby individual to the ground.

The brutality on display by officers is impossible to ignore. In the video below, you can clearly see an officer use his baton to shove a protester in the back.

[RELATED: Protesters And Police Continue To Clash As DC Devolves Into An All Out War Zone]

Even the Washington Post agreed with us on this one. They have clearly stated that their reporters saw police launching the flash-bang grenades:

Besides that, it is a well-known fact that as far back as the Vietnam-era anti-war protests, there have always been paid police provocateurs and saboteurs, employed specifically to engage in gratuitous property damage in order to justify mass arrests and escalation of police tactics.

During Occupy there were dozens of suspected provocateurs, a U.S. Judge Joan Campbell was infuriated to discover that the Houston police were using agent provocateurs against Occupy Austin in order to set protesters up on felony charges.

A lawsuit has already been filed by NLG legal observers who were present at the #DisruptJ20 protests. The suit alleges that the officers used excessive force during arrests at 12th and L Streets.

Some of the protesters that were arrested are facing an egregious 10 years in jail and $25,000 fines, after being charged with felonies for being arrested at the protest even if they didn’t participate in any rioting.

The charges assume guilt by association, meaning anyone who was there exercising their right to free speech and right to assembly is being lumped in with the alleged rioters and now face these trumped-up legal consequences.

The less-than lethal weaponry deployed against protesters included rubber bullets. These have been proven to be fully capable of in fact causing fatality and therefore it has been stated, should not be classed as less-than lethal. 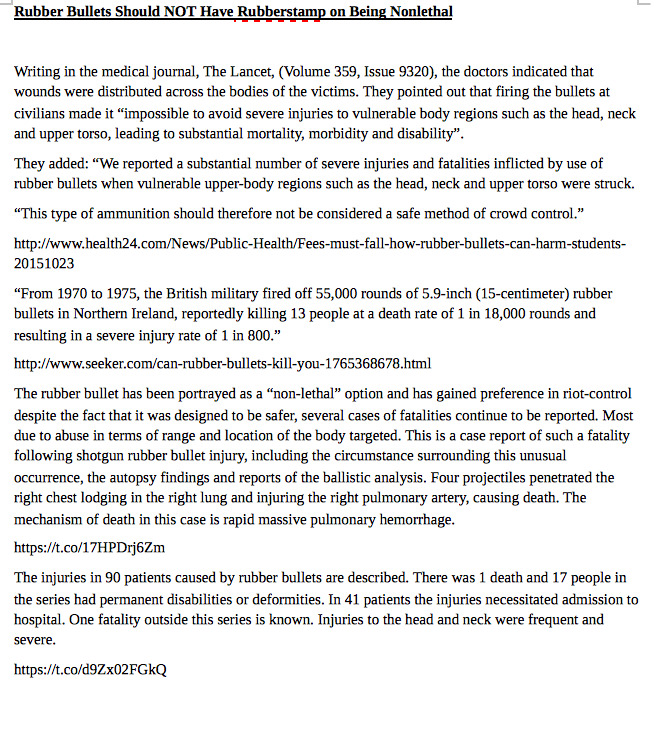 As Sgt. Shamar Thomas said during Occupy Wall St., “There is no honor in harming unarmed civilians” and many of these protesters were unarmed while some did have hammers and flags.