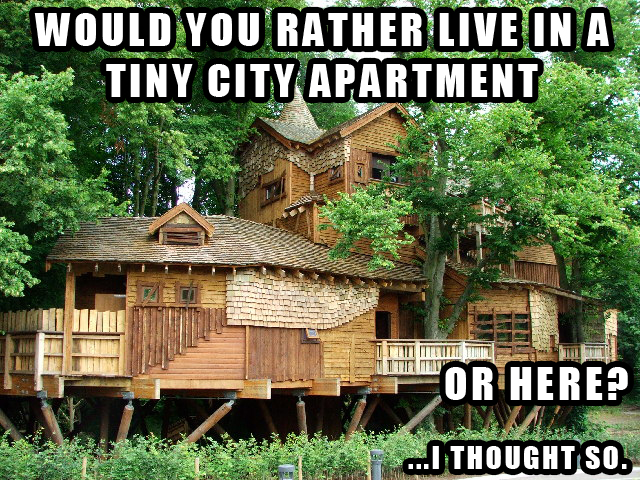 Everyone knows that we live in an unsustainable industrial civilization that must be radically changed with eco-friendly solutions. But can we go back to nature, living a naturalist lifestyle? One might think that humanity is so fundamentally opposed with living in nature that, despite having their basic needs fulfilled in a more rural and natural lifestyle, they would run back to their conveniences given the slightest opportunity. 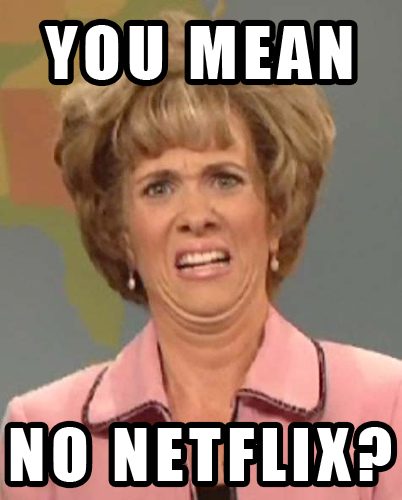 Actually, evidence shows that the opposite is true.

For example: Having been present during an exchange of prisoners in upper New York between the Iroquois and the French in 1699, Cadwallader Colden in his book “The History of the Five Indian Nations” observed:

“Notwithstanding the French Commissioners took all the Pains possible to carry Home the French, that were Prisoners with the Five Nations, and they had full Liberty from the Indians, few of them could be persuaded to return. It may be thought that this was occasioned from the Hardships they had endured in their own country, under a tyrannical Government and a barren Soil: But this certainly was not the only Reason; for the English had just as much Difficulty to persuade the People, that had been taken Prisoners by the French Indians, to leave the Indian Manner of living, though no People enjoy more Liberty, and live in greater Plenty, than the common inhabitants of New-York do.  No Arguments, no Intreaties, nor Tears of their Friends and Relations, could persuade many of them to leave their new Indian Friends and Acquaintance; several of them that were by the Caressings of their Relations persuaded to come Home, in a little Time grew tired of our Manner of living, and run away again to the Indians, and ended their Days with them. On the other Hand, Indian Children have been carefully educated among the English, cloathed and taught, yet, I think, there is not one Instance, that any of these, after they had Liberty to go among their own People, and were come to Age, would remain with the English, but returned to their own Nations, and became as fond of the Indian Manner of Life as those that knew nothing of a civilized Manner of Living. [This] has been found true on many other Occasions.”

Mirroring this natural inclination to reject “civilization” when allowed to live peacefully and enjoyably in nature, Benjamin Franklin, in his correspondence to Peter Collinson, wrote:

“When an Indian child is raised in white civilization, the civilizing somehow does not stick, and at the first opportunity he will go back to his red relations, from whence there is no hope whatever of redeeming him. But when white persons of either sex have been taken prisoners young by the Indians, and have lived a while among them, tho’ ransomed by their Friends, and treated with all imaginable tenderness to prevail with them to stay among the English, yet in a Short time they become disgusted with our manner of life, and the care and pains that are necessary to support it, and take the first good Opportunity of escaping again into the Woods, from whence there is no reclaiming them. […] There must be in the Indians’ social bond something singularly captivating, and far superior to be boasted of among us; for thousands of Europeans are Indians, and we have no examples of even one of those Aborigines having from choice become Europeans! There must be something very bewitching in their manners, something very indelible and marked by the very hands of Nature. For, take a young Indian lad, give him the best education you possibly can, load him with your bounty, with presents, nay with riches, yet he would secretly long for his native woods, which you would imagine he must have long since forgot; and on the first opportunity he can possibly find, you will see him voluntarily leave behind all you have given him and return with inexpressable joy to lie on the mats of his fathers.”

~ J. Hector St. John de Crevecoeur, in his “Letters from an American Farmer” in 1782

The fact is that humanity is meant to live in accordance with nature, and has the knowledge needed to live in harmony with it. The only reason people fear it is because the authoritarians dominating society have conditioned people to fear the unknown, imagining they need government to happily and peacefully survive. That might have been true in certain circumstances in the past, given the lack of consciousness and harsh conditions, but is that true anymore? The promising, liberating prospect of returning to a more localized agrarian society, given the advances in sustainable permaculture designs and technologies, could be a readily integrated reality even in urban environments. There are so many ways to change our local collective momentum in order to evolve ideas. Change starts closest to home since society at large is slower and more reluctant to change, so it’s up to us to begin ourselves. 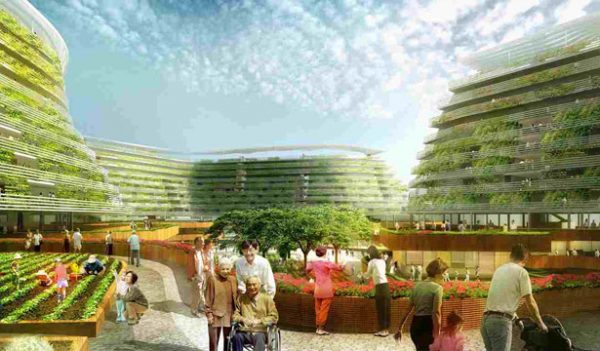 Transformative change always begins at the margins of society, and, regardless of the opinions of the mainstream, inevitably finds its way in to the mainstream in some way, shape, or form. Much like the naturalists and environmental activists of the early to mid-20th century that were dismissed as “crazy tree-hugging hippies”, today we see the global establishment of numerous organizations for wildlife preservation, ecological conservation, and alternative energies, and even a widely known political “Green Party”. In the words of Margaret Mead, “Never doubt that a small group of thoughtful, committed citizens can change the world; indeed, it’s the only thing that ever has.” 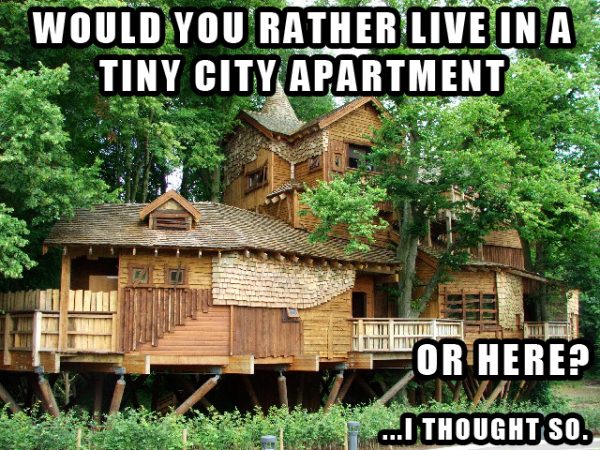 No government, nor any mainstream institutions, will ever bring about the necessary creative solutions for the problems society faces. In fact, government has made living self-sufficiently off the grid ILLEGAL since it effectively removes government’s ability to directly control and regulate you. And if one well-known group of people do it it’s allowed to flourish and prosper, others will catch on and ask, “Why not us?” Therefore, it depends on the rebels, the innovators, the creative minority willing to forge ahead as quickly as possible, even at the risk of non-violently breaking the law, to establish new, more conscious, innovative, increasingly sustainable, scalable, and easily reproduced means of living. Thousands of people have already begun, keeping it relatively low key.

But how might that look, and what are some simple steps we can tangibly apply on our own?

For that, see my follow-up article: “Eco-Friendly Sustainable Solutions for Better Living“