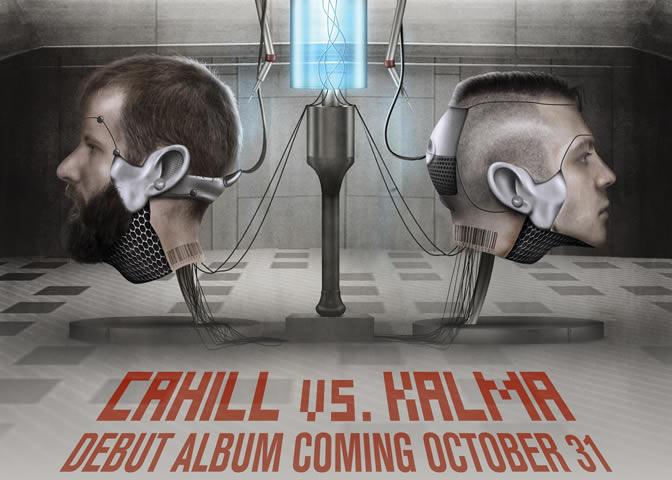 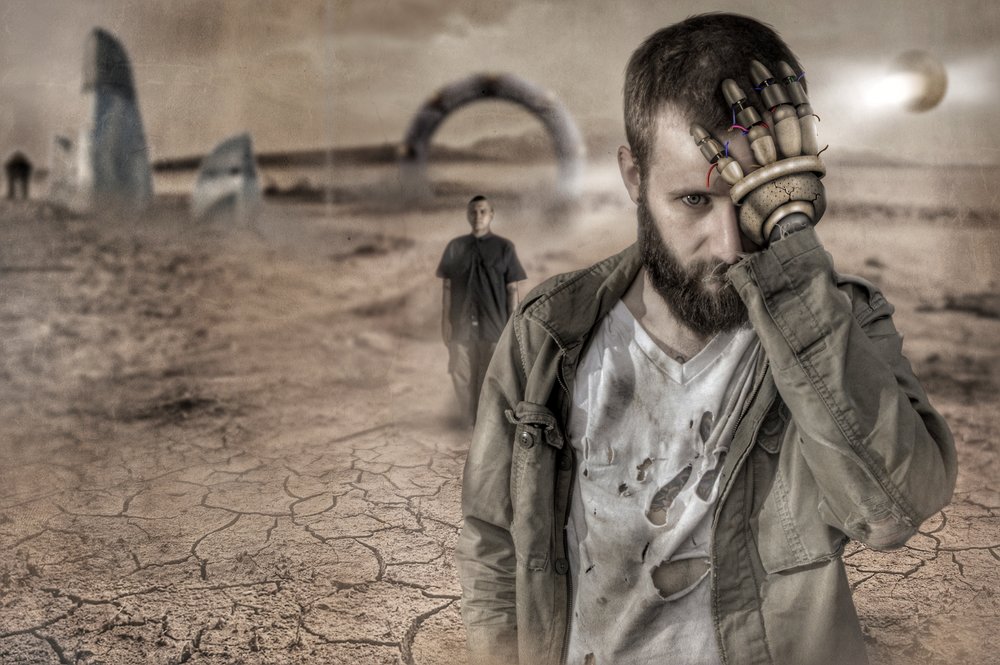 True artists take risks, even in the face of uncertainty.

After spending years fronting power rock trio The Almighty Terribles, singer-songwriter and guitarist Dave Cahill tunes in to a much different frequency on his new concept album, Cahill vs. Kalma (due out Oct. 31).

The result is a fascinating, sci-fi sonic collision between Cahill (who provides the “human” perspective of the narrative, along with vocals and guitar) and fellow multi-instrumentalist Brian “Kalma” Herman (the “robotic” voice in the equation); The Matrix meets Her, scored by Gary Numan. More digital than dirge, Cahill vs. Kalma finds its balance in a fusion of acoustic guitars and electronic beats.

Standout track “Don’t, Man” is an up-tempo ditty that swings with a futuristic sock-hop beat. The lead single, “Future Shock,” slows down the tempo ever without losing punch or depth. 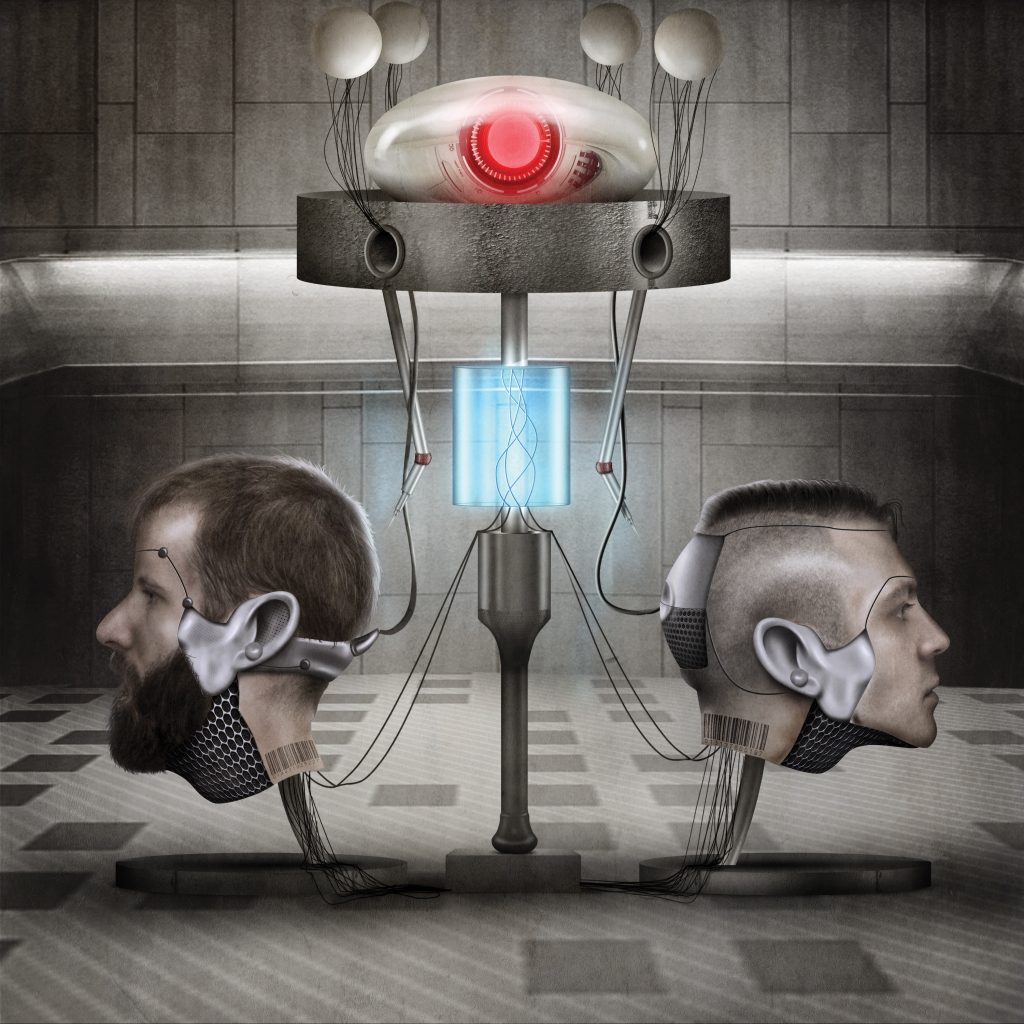 There is a subtle, Frank Zappa-esque nuance to the way Cahill approaches the music, while the song titles alone provide a quick, and clear, glimpse into the dystopian, machine-versus-man theme laid out in his lyrics. “Did you ever think that this day would come? The machines control everyone, super-intellgent and waiving a hundred guns” he ponders in the hypnotic “Singularity.”

Yet, it’s within that clash of ideals and scoffing at mankind’s disturbingly addictive dependence on machines that Cahill and Herman create a harmonious, symbiotic sound. In turn, the two have a created a new music sub-genre: Borgstep.

Cahill vs. Kalma is the kind of album that deserves to be heard in full. It is an experience more than it is a collection of songs and random thoughts, or blips and bleeps, if you will. Sure, it may seem a bit odd, surreal, trippy, spacey or a combination of all four. Yet Cahill vs. Kalma consistently sparks with creativity.

When artificial intelligence eventually enslaves us all, Cahill vs. Kalma is the soundtrack the robots will be slamming to.