Rise of the Cashless Society Harvard Professor Creates Blueprint for Ending Cash in US. 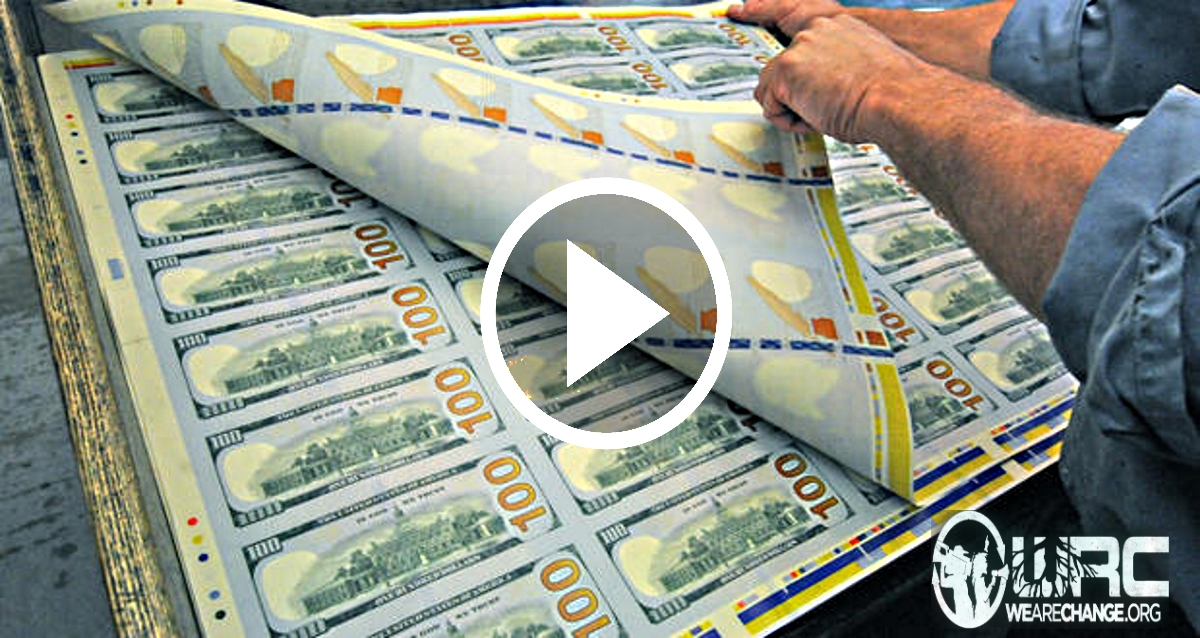 The attack on cash has entered a new stage.

Kenneth Rogoff, the Thomas D. Cabot Professor of Public Policy at Harvard University and the former chief economist of the International Monetary Fund, is out with an essay this morning in the Wall Street Journal titled, The Sinister Side of Cash.

When I tell people that I have been doing research on why the government should drastically scale back the circulation of cash—paper currency—the most common initial reaction is bewilderment. Why should anyone care about such a mundane topic? But paper currency lies at the heart of some of today’s most intractable public-finance and monetary problems. Getting rid of most of it—that is, moving to a society where cash is used less frequently and mainly for small transactions—could be a big help…

There is little debate among law-enforcement agencies that paper currency, especially large notes such as the U.S. $100 bill, facilitates crime: racketeering, extortion, money laundering, drug and human trafficking, the corruption of public officials, not to mention terrorism….

Cash is also deeply implicated in tax evasion, which costs the federal government some $500 billion a year in revenue…

Cash also lies at the core of the illegal immigration problem in the U.S. If American employers couldn’t so easily pay illegal workers off the books in cash, the lure of jobs would abate, and the flow of illegal immigrants would shrink drastically.

In other words, cash is anti-state, It is about freedom. Rogoff by addressing the above state concerns lays out the true desires of the anti-cash promoters: More state control. It is a further move in the direction of totalitarianism.

How does Rogoff want to execute this anti-cash movement?

To be clear, I am proposing a “less-cash” society, not a cashless one, at least for the foreseeable future. The first stage of the transition would involve very gradually phasing out large denomination bills that constitute the bulk of the currency supply. Of the more than $4,200 in cash that is circulating outside financial institutions for every man, woman and child in the U.S., almost 80% of it is in $100 bills. In turn, $50 and $20 bills would also be phased out, though $10s, $5s and $1s would be kept indefinitely. Today these smaller bills constitute just 3% of the value of the currency supply…

The point of getting rid of big bills is to make it harder to carry and store large amounts. A million dollars in $100 bills weighs approximately 22 pounds and can fit comfortably into a large shopping bag. With $10 bills, it isn’t so easy.

He also explains how instruments like bitcoin will be thwarted in his statist non-cash world:

Won’t the private sector continually find new ways to make anonymous transfers that sidestep government restrictions? Certainly. But as long as the government keeps playing Whac-A-Mole and prevents these alternative vehicles from being easily used at retail stores or banks, they won’t be able fill the role that cash plays today.

Rogoff also knows that cash is a check against the Federal Reserve going seriously negative on interest rates:

In principle, cutting interest rates below zero ought to stimulate consumption and investment in the same way as normal monetary policy, by encouraging borrowing. Unfortunately, the existence of cash gums up the works. If you are a saver, you will simply withdraw your funds, turning them into cash, rather than watch them shrink too rapidly. Enormous sums might be withdrawn to avoid these loses, which could make it difficult for banks to make loans—thus defeating the whole purpose of the policy.

Take cash away, however, or make the cost of hoarding high enough, and central banks would be free to drive rates as deep into negative territory as they needed in a severe recession. People could still hoard small bills, but the costs would likely be prohibitive for any realistic negative interest rate. If necessary, central banks could also slap temporary fees on any large withdrawals and deposits of paper currency.

When does he want to launch his program to eliminate $20 bills and up?

” I believe the time has come,” he writes.

The elimination of everything but very low denomination bills is one of the most significant statist power grabs in United States history.  It provides the state with unheard of methods of tracking and control.
It is an evil plan that must be objected to loudly and forcefully. This is a battle that must be joined. The anti-cash advocates must be defeated.

This article was originally published at EconomicPolicyJournal.com