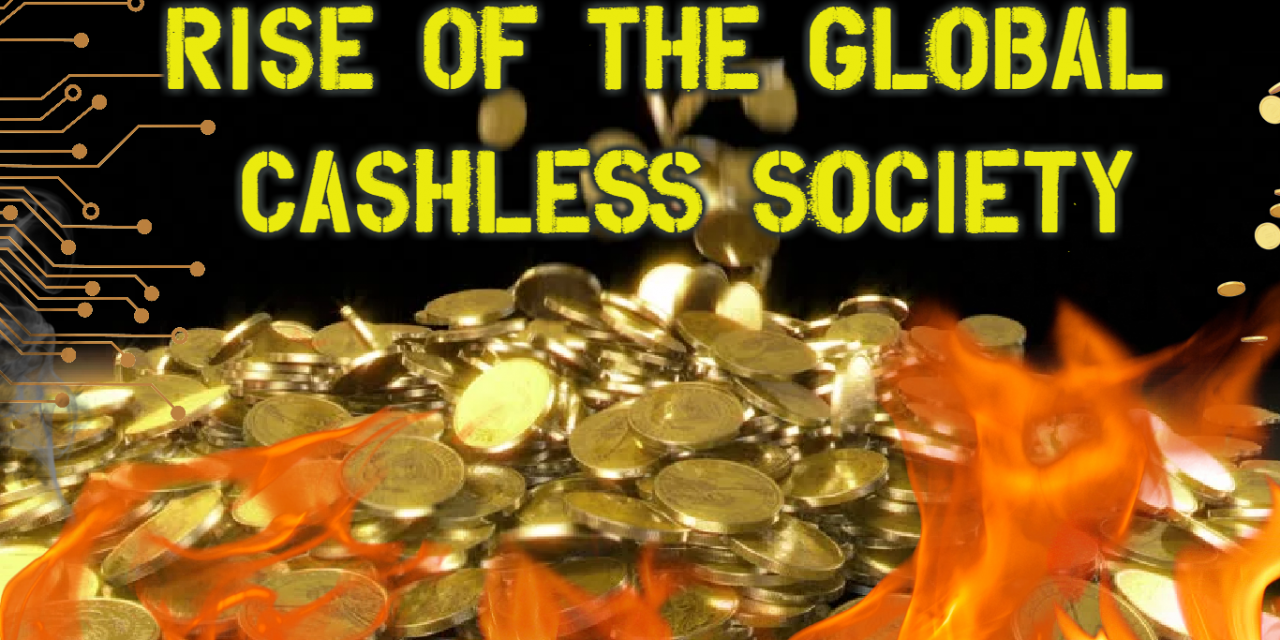 Recently, I spoke with author and economic analyst John Sneisen about the countless examples of the fall of cash as globalists plot out a future global cashless society.

The Indian cash grab led many top globalist elites at Davos to call for a U.S. cashless society.

Recently added to this line of examples, the Centre For International Governance (CIGI) has urged G20 countries to create a central bank blockchain consortium and go cashless. All this as the IMF pushes the idea of adding centrally planned cashless currency into the SDR (Special Drawing Rights) basket, thus creating a world cashless currency.

This is not decentralized Bitcoin we’re talking about!

When your money’s in the bank, it’s not yours, it’s the bank’s. If ALL of your transactions go through the bank with a centrally planned cashless currency, your money is NEVER yours, it’s always the banks.

The big banksters and central planning manipulators claim cashless is a great way to stop corruption and tax evaders. Of course they use these excuses to enslave the populace in debt as this is just another crazy step up from fiat paper currency which is printed out of thin air, devaluing the currency, creating debt and inflation, the hidden tax. This also stops people from doing a bank run when there’s no physical currency to obtain in a crash.

“A cashless society is the ultimate globalist endgame.”

First there was a gold backed, centrally planned currency (the gold standard) where the central banks printed more paper than they had physical gold. This eventually led to the massive debt accumulating fiat currency in the 1970s under Nixon which U.S. citizens have to this day. Faith, nothing more. Nothing physical. Nothing to preserve value.

Now the globalists are planning out the cashless system in order to be able to completely control our every financial move and enslave us in debt completely, forcing the populace into absolute servitude.

John Sneisen went into Kenneth Rogoff’s book “The Curse Of Cash” which was praised by none other than Ben Bernanke. The book is horrifying as they promote the move towards a cashless society, how it will be rolled out and their views on why it should be rolled out. The charts and slides included are alarming to say the least.

This isn’t just the end of sound money, this is the end of any remaining financial freedom as we know it. This is the precipice of the cliff we’ve been heading towards for so long. At the bottom is absolute financial tyranny on a level we’ve never seen.

The choice in the end is yours. Inform yourselves or fall with everyone else as the populace is shepherded by the state and the banks off that precipice. Now is not the time to lay apathetic.