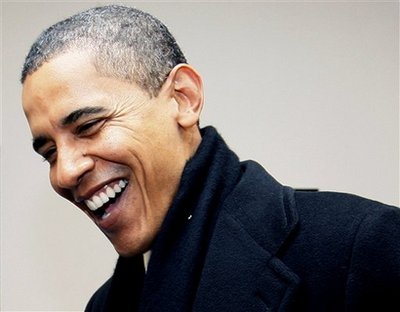 President Obama graces the cover of the latest issue of Rolling Stone.

Krugman declares President Obama as one of the “one of the most consequential and, yes, successful presidents in American history” and acknowledges the harsh and often unfair criticism he endures.

Obama faces trash talk left, right and center – literally – and doesn’t deserve it. Despite bitter opposition, despite having come close to self-inflicted disaster, Obama has emerged as one of the most consequential and, yes, successful presidents in American history. His health reform is imperfect but still a huge step forward – and it’s working better than anyone expected. Financial reform fell far short of what should have happened, but it’s much more effective than you’d think. Economic management has been half-crippled by Republican obstruction, but has nonetheless been much better than in other advanced countries. And environmental policy is starting to look like it could be a major legacy.

I’ll go through those achievements shortly. First, however, let’s take a moment to talk about the current wave of Obama-bashing. All Obama-bashing can be divided into three types. One, a constant of his time in office, is the onslaught from the right, which has never stopped portraying him as an Islamic atheist Marxist Kenyan. Nothing has changed on that front, and nothing will.

There’s a different story on the left, where you now find a significant number of critics decrying Obama as, to quote Cornel West, someone who ”posed as a progressive and turned out to be counterfeit.” They’re outraged that Wall Street hasn’t been punished, that income inequality remains so high, that ”neoliberal” economic policies are still in place. All of this seems to rest on the belief that if only Obama had put his eloquence behind a radical economic agenda, he could somehow have gotten that agenda past all the political barriers that have con- strained even his much more modest efforts. It’s hard to take such claims seriously.

Finally, there’s the constant belittling of Obama from mainstream pundits and talking heads. Turn on cable news (although I wouldn’t advise it) and you’ll hear endless talk about a rudderless, stalled administration, maybe even about a failed presidency. Such talk is often buttressed by polls showing that Obama does, indeed, have an approval rating that is very low by historical standards.

But this bashing is misguided even in its own terms – and in any case, it’s focused on the wrong thing.

As far as that low approval rating is concerned, Krugman attributes most of it to the President’s accomplishments and efforts towards the betterment of the American people.

Yes, Obama has a low approval rating compared with earlier presidents. But there are a number of reasons to believe that presidential approval doesn’t mean the same thing that it used to: There is much more party-sorting (in which Republicans never, ever have a good word for a Democratic president, and vice versa), the public is negative on politicians in general, and so on. Obviously the midterm election hasn’t happened yet, but in a year when Republicans have a huge structural advantage – Democrats are defending a disproportionate number of Senate seats in deep-red states – most analyses suggest that control of the Senate is in doubt, with Democrats doing considerably better than they were supposed to. This isn’t what you’d expect to see if a failing president were dragging his party down.

More important, however, polls – or even elections – are not the measure of a president. High office shouldn’t be about putting points on the electoral scoreboard, it should be about changing the country for the better. Has Obama done that? Do his achievements look likely to endure? The answer to both questions is yes.

Paul goes on to discuss President Obama’s impact on the economy, healthcare reform, national security, financial reform, and the environment. It’s a lengthy read, but it really helps shift things into perspective.