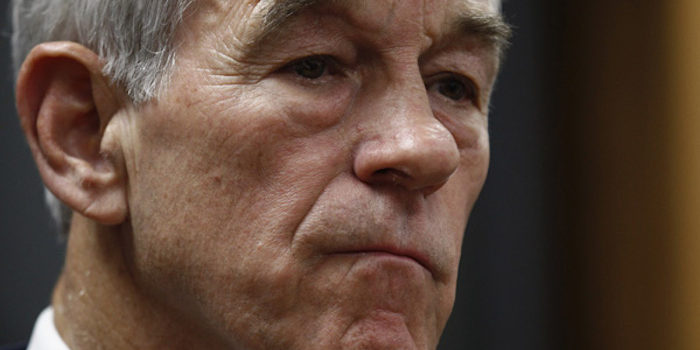 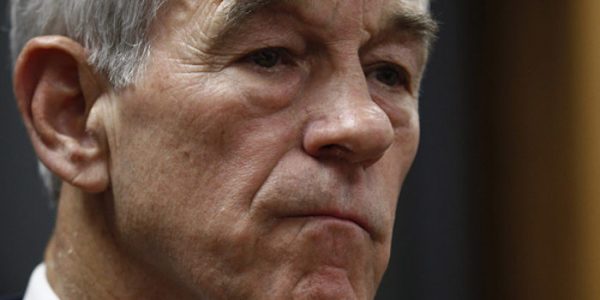 Neocon journalist Jennifer Rubin has said that she is afraid that Donald Trump will select Ron Paul to be Secretary of State in a Trump administration.

Rubin, a Washington Post journalist, is an ardent supporter of American military intervention and the ongoing war on terror.

What is it that keeps the Washington Post’s hyperventilating neocon scribbler Jennifer Rubin up at night? The fact that Ron Paul’s lifelong efforts to promote a peaceful foreign policy continue to light fires in the imaginations of his fellow Americans. Any chance her fellow neocons’ near-total control of Washington’s foreign policy might be slipping sends Rubin scurrying to her keyboard to launch another spit-bomb.

Rubin has been apoplectic for months over the possibility that Donald Trump may wind up the Republican nominee for the presidency. She followed six of the stages of grief but skipped the final one, acceptance, and quickly returned to the first one, shock. Forget about the fact that when it comes to foreign policy, there isn’t all that much for non-interventionists to get excited about when it comes to Donald Trump. He just threatened to shoot Russian planes, he wants to confront China, he wants to dump more money into the military-industrial complex, he just told Bibi to build build build more settlements on occupied Palestinian territory in Gaza, and so on.
With Trump we of course can hope for the best, and any improvement would be welcome, but realistically the yellow warning flags are taking on a distinctively red hue with each passing foreign policy proclamation.

Never mind. For Jennifer Rubin if Trump does not openly worship at the altar of Kristol, Podhoertz, Bolton, et. al., he must be utterly and completely destroyed.
Things are so glum in Rubinville that Jennifer has even taken to giving Hillary Clinton advice on how to defeat Trump.

But nothing makes Rubin madder than the fact that the ideas Ron Paul openly espoused in his recent two presidential campaigns have planted a seed especially among young people, who may in fact be settling for Trump but whose hearts are still with Dr. Paul’s prescription for peace and prosperity: non-intervention overseas and in the US economy. Sound money. Free markets and free minds.

So Rubin goes nuclear against a Republican rank and file who have backed the non-neocon candidate: A Trump victory could bring Ron Paul back to Washington!!!!!

She Tweets:
Of course anyone who knows anything about anything knows how unlikely is such a thing. But the mere thought of it is enough to sent Rubin screaming as if her hair was on fire. “Don’t you people understand how dangerous Trump is??? He could even bring Ron Paul into his administration!!!!”

What a horror for Rubin and the neocons!

What would a Ron Paul State Department look like to the rest of us? Obviously the Secretary of State serves the president, but history teaches us that the Secretary has ample opportunity to make his or her mark on US foreign policy while at the helm of the Foggy Bottom Fudge Factory.

Well, you get the idea. It would be a total nightmare for Rubin and the neocons. So Jennifer has something to worry about…