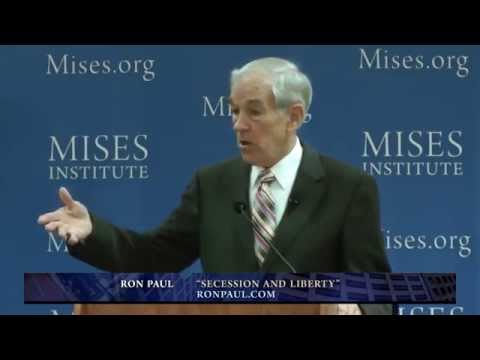 “I would like to start off by talking about the subject and the subject is secession and, uh, nullification, the breaking up of government, and the good news is it’s gonna happen. It’s happening,” Paul, the father of potential Republican presidential candidate Rand Paul, told a gathering at the libertarian Mises Institute in late January. The event Paul was speaking at was titled “Breaking Away: The Case for Secession.”

Paul said secession would not be legislated by Congress, but would be de facto, predicting “when conditions break down…there’s gonna be an alternative.”