Russia “Brexit EU Fall out looks like Collapse of the Soviet Union.” #EUDivorce 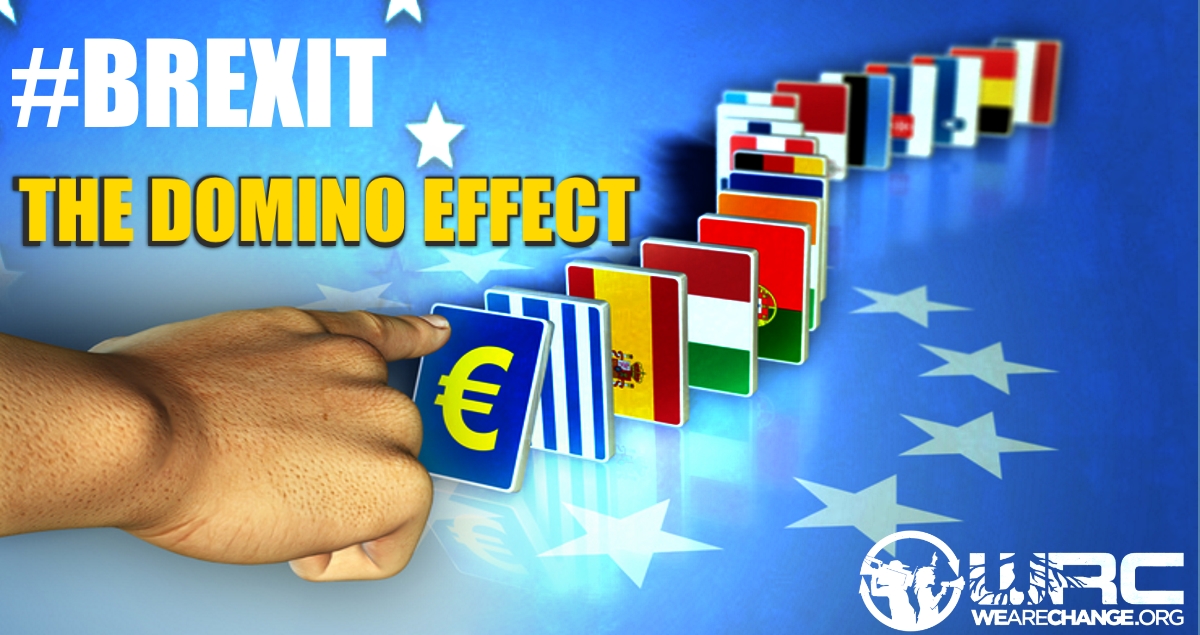 Markets continued to plummet Monday amid concern from investors that other countries could follow Britain’s exit from the European Union.

Russia has warned that,
“While it’s unreasonable to draw direct parallels it’s obvious that the U.K. is going through a turbulent, confusing and unpredictable period.”
Russian President Vladimir Putin’s spokesman Dmitry Peskov said.

“In the current fragile situation, one black swan can pull others along with it”
~Russian Finance Anton Siluanov

Russia is right as already, eight Countries France, Holland, Italy, Austria, Finland, Hungary, Portugal, and Slovakia have expressed they want to follow Britain’s lead and have a referendum. As we warned last Friday it’s the Brexit Domino Effect.

Meanwhile EU leaders are plotting to BLOCK Britain’s exit .
Although UK PM David Cameron has already expressed that he will not allow another re-vote on Brexit and rejected that notion. While Other EU Countries and Germany’s PM Angela Merkel called for stopping other countries from exiting the European Union. France and Germany are even both planning to unveil plans for a European Super State.

THE EU IS A PLAGUE on Nations Sucking Economies Dry for the IMF and BIS on Steroids. Members of the European Union each year have to pay a fee its like a club for countries and leaders to meet and talk about political things like sending us poor people to war and profiting off of the weapon contracts and private prisons.

As bank stocks continued to implode in the US and UK In the UK Credit ratings fell the UK was downgraded from AAA to a AA Country on the credit rating index by two separate credit agencies.

Shares of Banks in the UK were Also suspended Monday as they plunged from uncertainty of investor “Market Experts.” That couldn’t stop the 2008 Lehman brothers collapse and they won’t stop the next one simply put the central banks are running out of ammo to prevent another Major Crisis.
The Reason for the Financial Earthquake that is BREXIT. Is that the EU was interwoven in the UK’s Economy and had it’s claws in several of its financial sectors of government.So Leaving the EU caused the Financial ripple effect due to this.

The Pound has dropped and Now its being said,
it could hit historic lows -making the dollar equal to the sterling pound’s value by the end of this year. At the same time property and airline stocks dropped some by 20%.

“This Is The Worst Period I Recall; There’s Nothing Like It” Alan Greenspan EX FED CHAIRMAN said.

Also Chinaa has now made its move and cut its Yuan rate Fix in its biggest move since its devaluation last year August 2015 when the PBoC (Peoples Bank of China) devalued the Yuan by as much as 5% in a one week period of time. Causing investors to panic globally and sell off their investments.

No matter the after effects of Brexit on the Economy it is a positive thing to see Britain exit the European Union.