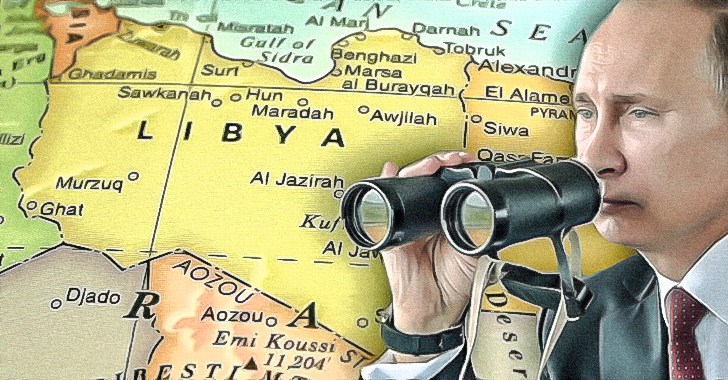 Khalifa Haftar has emerged the most powerful leader in eastern Libya, a region through which 60 percent of Libya’s oil supply passes.

According to the Guardian, Russia has also deployed special forces to an airbase in western Egypt near the border with Libya. The move has added further concerns in Washington about Moscow’s role in the war-ravaged nation.

While testifying to the Senate’s foreign relations committee, the chief of the Pentagon’s Africa command, General Thomas D Waldhauser, said, “Russia is trying to exert influence on the ultimate decision of who and what entity becomes in charge of the government inside Libya.”

He accused Russia of “trying to do in Libya what they are doing in Syria.”

However, Washington’s criticism of Russia’s support for the Libyan warlord is somewhat hypocritical considering that even the Guardian admits the U.S. backed Haftar to overthrow Gaddafi in 2011.

Nevertheless, according to the Jerusalem Post, E.U. diplomats are worried that Haftar, with Russian backing, could be successful in taking over much of Libya.

“Russia is becoming increasingly involved, trying to fill the void left by the collapse of the U.N. track and the disinterest of both the Trump administration and the Europeans. It is unclear what Moscow really wants in Libya, but it seems to be pursuing a strategy that acknowledges the de facto partition of the country, promising both political and military support for Haftar’s battle in the east while signing contracts for oil and discussing business opportunities in commodities trading and future construction projects with the institutions in Tripoli. While there are reports that Russian special forces may be helping Haftar, there is still no evidence of decisive Russian military support for the LNA, and it is fair to say that the Kremlin is diversifying its political investment in the country by talking to all sides.”

Unsurprisingly, the U.S. just announced it will keep an unspecified number of ground troops stationed in Libya for an indefinite period of time.

Libya, an Iraq-style fiasco that neither the U.S. or the E.U. wants to take responsibility for, could end up being snatched by Russia as its newest ally in the Middle East, a membership that includes Iran, Syria, and Egypt, to name a few.

As Western influence throughout the region is waning, Russia’s appears to be growing. America’s failure to provide stability to Libya — and its decision to destroy the country in the first place — may ultimately backfire, as warring parties may start to look elsewhere for security and support. Libya is the latest country out of a number of various countries who are arguably relying less on the U.S. and strengthening ties with Russia, instead.