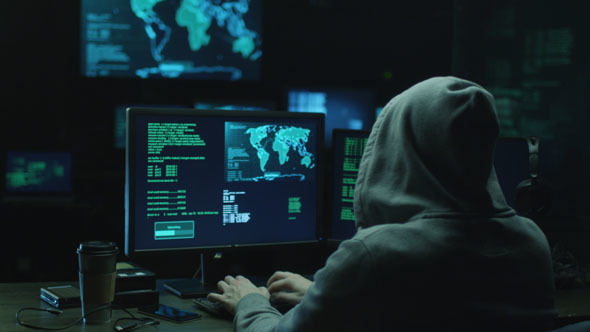 Four Russian FSB agents who are all IT-related have been arrested for collaboration with the Central Intelligence Agency, according to Kevin Rothrock, web editor at The Moscow Times.

If you want to read this story in English, here you go: https://t.co/6KE9PDqrHD

There may be a total of six suspects including a third FSB officer who is already detained.

Russian media citing anonymous sources have reported that the suspects may be tied to hackers targeting the Russian elite and may have disclosed information related to cyber attacks targeting the U.S. election system according to Business Insider which did not source this claim.

Two other men, Alexander and Konstantin Filinov Tepljakov were arrested in connection to the hacker group “Humpty Dumpty.”

Sergei Mikhailov, Dmitry Dokuchaev, Ruslan Stoyanov, and a fourth suspect who has not been named, were arrested on suspicion of leaking secret information to the U.S. Intelligence Community and “breaking their oath and working with the CIA, or treason” The Moscow Times reported.

“Four people have been arrested in this case, and eight individuals in total have been identified as accomplices. Only four suspects have been charged, and the others could get off as witnesses,” the source told Interfax.

Ruslan Stoyanov is the head of cyber crime investigations at the famous anti-virus company Kaspersky Labs. Dmitry Dokuchaev is suspected to be an infamous Russian hacker under the alias “Forb” The Moscow Times reported.

Two individuals are alleged to have worked in the same unit. Sergei Mikhailov was a top cybersecurity specialist in the FSB, and his deputy Dmitry Dokuchaev worked under him.

Mikhailov was the head of the FSB’s Center for Information Security (CIS).

It was also reported that Mikhailov is suspected to be a member of the online hacktivist collective Anonymous through a splinter group Shaltai-Boltai — or Humpty Dumpty.

“Each of the suspects performed his own role. One person developed and deployed the cyber attacks, and another person collaborated with foreign intelligence agents. And these operations were parallel and, as a rule, they didn’t intersect,” a second source told Interfax.

Rothrock noted in another tweet that eight people have been identified as accomplices, while four were arrested as suspected, and the other four could be treated as witnesses.

Up to 8 people have been identified as accomplices, while 4 have been arrested as suspects. Those not arrested could be treated as witnesses

The internet has speculated regarding the possible information that the FSB agents would have given to the CIA. Rothrock noted that many are saying this proves the Russian dossier on Trump—despite the fact that it originated from 4Chan months before Trump became president.  However, an unconfirmed report said that the arrest had to do with passing information on about an individual named Vladimir Fomenko and his server rental company “King Servers.” Which is alleged to have been used by hackers and hacker groups.

It is not likely that the information will be disclosed, given the fact that a charge of treason constitutes a privately sealed court.