Who Said it? Donald Trump or Hillary Clinton Edition 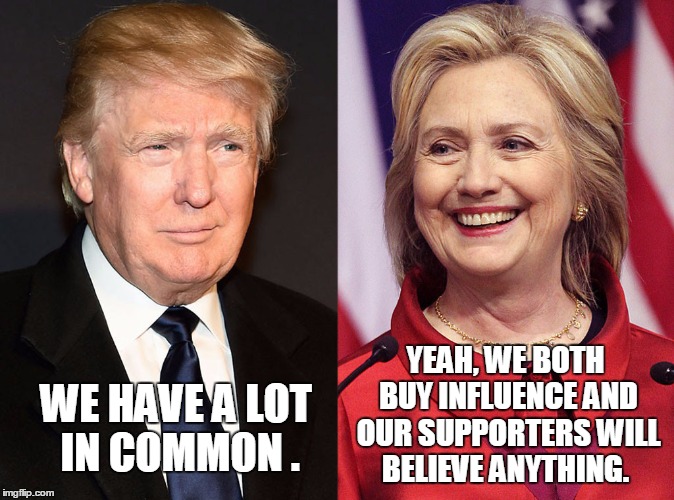 Anyone who dare say that they would not cast a ballot for Hillary Clinton in November is near certain to be inundated online with commentary about how they are then voting for Donald Trump by default and labeled a bigot, sexist, or racist. It stands to reason then, that Clinton must be his polar opposite, or is she? 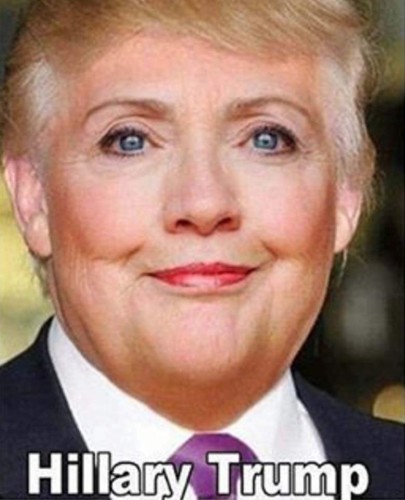 Since Clinton and Trump are clearly oh-so-different, it should be easy to discern commentary from the big bad wolf of the right and the left wing establishment queen, so let’s put it to the test.

Who said it, Trump or Clinton?

1. Wants to “spend money to build a barrier to try to prevent illegal immigrants from coming in. And I do think you have to control your borders.”

2. “Marriage has got historic, religious and moral content that goes back to the beginning of time, and I think a marriage is as a marriage has always been, between a man and a woman. But I also believe that people in committed gay marriages, as they believe them to be, should be given rights under the law that recognize and respect their relationship.”

3. I would “impose additional sanctions as needed on Iran and the Revolutionary Guard for their sponsorship of terrorism, illegal arms transfers, human rights violations and other illicit behavior like cyber attacks.”

4. “I’m undaunted in my quest to amuse myself by constantly changing my hair.”

5. “Who is going to find out? These women are trash. Nobody’s going to believe them.”

6. “We have a lot of kids who don’t know what work means. They think work is a four-letter word.”

7. “Put this helicopter on the ground! I left my sunglasses in the limo. I need those sunglasses. We need to go back!”

8. “If I didn’t kick his ass every day, he wouldn’t be worth anything.”

10. “F**k off! It’s enough that I have to see you shit-kickers every day, I’m not going to talk to you too!! Just do your G*damn job and keep your mouth shut.”

1 – Surprise! Long before Trump, there was Clinton, who as a Senator voted to build a barrier along our southern border to keep illegal immigrants from entering the country.

2 – Shocker, Clinton again. The former-first lady spent more than a decade opposing gay marriage and equal rights for all before “evolving” in 2013.

3- It’s Clinton! Under a Clinton administration we have been promised that she will respond to Iran with her well-documented style of aggression.

On the other hand, GOP frontrunner Donald Trump, despite his kooky and often offensive delivery methods, has also outlined a non-interventionist take on foreign policy. Instead of worrying about the rest of the world, he wants to focus our resources right here at home.

“I watched as we built schools in Iraq and they’re blown up. We build another one, we get blown up. We rebuild it three times and yet we can’t build a school in Brooklyn. We have no money for education because we can’t build in our own country. At what point do you say, ‘Hey, we have to take care of ourselves?’ So, I know the outer world exists and I’ll be very cognizant of that. But at the same time, our country is disintegrating, large sections of it, especially the inner cities,” Trump told the Washington Post.

4- While Trump may be known for his crazy locks, this one was also Clinton.

5- If you think this sexist remark had to have come from the former star of the Apprentice, you are wrong. This is another gem from Clinton, as she spoke out against the women who accused her husband of sexual misconduct. Ironic, as she later tweeted about how women deserve to be believed.

6- Clinton again, because surely all young people who are unemployed are just lazy bums. This one could have came straight from the mouth of George W. Bush.

7- Guess what? It was Clinton. She is just like you, clearly. Be right back, as I turn my private jet around to get a barf bag.

8- This one was about her husband, that worthless bum whose coattails she is riding.

9- You guessed it, its Clinton again. The exchange was between Hillary and the staff at the Arkansas Governor’s mansion on Labor Day 1991, and is detailed in the book Inside the White House, by Ronald Kessler, on p.244. 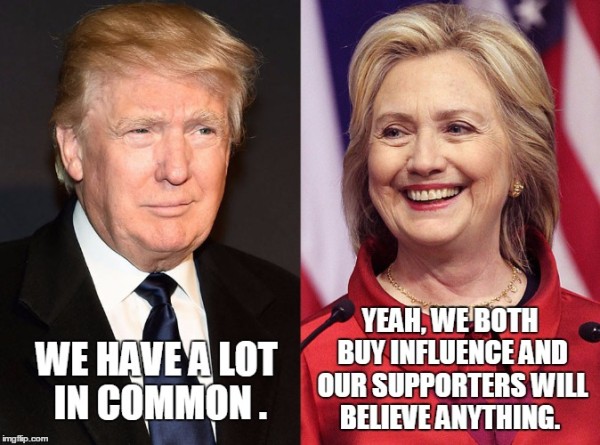