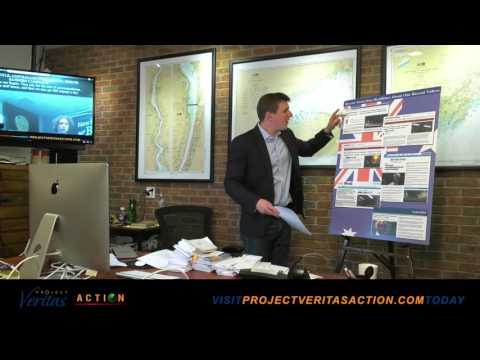 Pelletier is claiming that O’Keefe illegally recorded a phone conversation with Pelletier back in February of this year.

The call was part of an investigation Project Veritas Action did that produced compelling evidence that the Sanders Campaign was clearly violating federal campaign election laws by using Australians who were paid by the Australian Labor Party to circumvent federal election laws. These illegal volunteers were used to deface and destroy campaign signs of Bernie Sanders’ opponents Donald Trump and Hillary Clinton.

The story didn’t get much air play in the mainstream U.S. press, but in Australia it was front-page news in almost every major news paper and outlet.

A New Hampshire State Representative filed a formal complaint with the Federal Election Commission citing the PVA story. PVA is still waiting to hear from the FEC.

Federal election law is clear.  Foreign nationals can volunteer for campaigns but they must not be compensated like these Australians were.  The Australian volunteers had their airfare paid and they received a daily pay as well as getting their housing paid for.

“…and so like my flights, and my travel amounts is all paid for, technically by the taxpayer, so they have had issues in the past, where like if I post a photo of myself in front of the Statue of Liberty, and the next morning it will be on the front of a newspaper, they’d be like, you know like, ’21-year-old student uses tax payer’s money to go on holiday. Like, what a disgrace…  …There is nothing wrong with what I am doing here because the money is literally given to us for that sole reason, but if we post on social media it gives the current government an excuse to get rid of the program to save money.  If that makes sense,” Ben Kremer, said.

You can view the lawsuit here at Project Veritas Action’s website.

If you like news like this that you won’t get anywhere else consider donating through Patreon to help us keep this operation alive and fight back against the mainstream media, we work for you and get paid by you so we don’t have anyone lobbying against our stories we are fully independent.