Venezuela: Currency Worth So Little Shopkeepers Weigh Piles of Notes 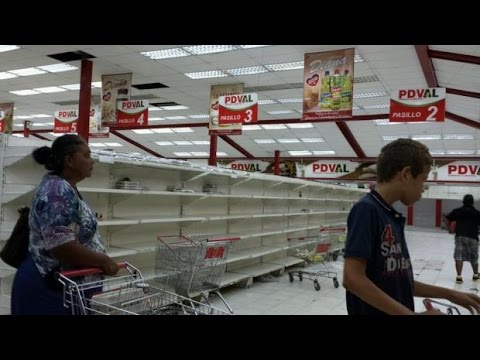 CARACAS (We Are Change) — Inflation in Venezuela is projected to soar to 720 percent this year with the largest bolívar bill now worth just five US cents on the black market.

Shopkeepers are reportedly weighing rather than counting the wads of cash customers hand them, and standard-size wallets have become all but useless in the socialist South American state. Now instead of a wallet, you literally need a backpack to haul around your sizeable load of cash (that’s if you have any).

Since June 2014, a substantial decline in oil prices occurred decimating the Venezuelan economy. President Nicolás Maduro came up with a “solution”: fixing the official exchange rate and ordering banks to print more cash. This ultimately lead to the further devaluation of the currency while goods prices soared.

Jesus Casique, a consulting firm director, told Bloomberg that although weighing cash was not ubiquitious, it was certainly indicative of a financial crisis.

“When they start weighing cash, it’s a sign of runaway inflation,” he said. “But Venezuelans don’t know just how bad it is because the government refuses to publish figures.”

The country with a population of 30 million does not publish consumer-price data on a regular basis, however the effects of hyperinflation are palpable with observers saying scenes on the streets of the capital, Caracas, are reminiscent of the past century’s most extreme cases of hyperinflation.

Oil constitutes 95% of the country’s exports and accounts for a quarter of the country’s economy. Such heavy reliance on a single export – termed by economists as “Dutch Disease” – depresses all other industries in a country.

In a desperate effort to get funds, many Venezuelans have turned to scamming others in order to pay for the basic necessities of life. Newspapers, cigarettes and snacks can all be purchased at a premium from shrewd street entrepreneurs. For example, one street vendor said his best selling item, cigarettes, have climbed in price from 250 bolívars to a whopping 2,000 bolívars a pack — at least 20 bills.

Check out Luke Rudkowski’s video of his firsthand experience in socialist Venezuela: