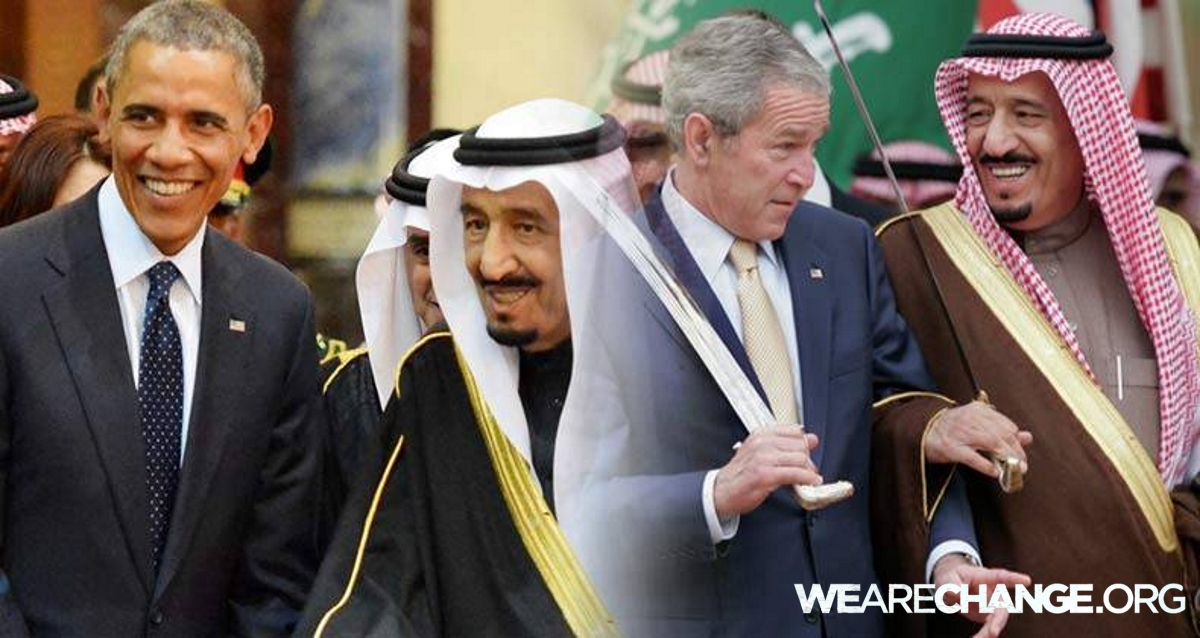 RIYADH, Saudi Arabia — In January, a Muslim woman from Myanmar screamed “I did not kill” and pled with her attackers for mercy, but they showed none. In the center of an intersection, she was publicly beheaded in front of spectators, her death caught covertly on video.

It’s the kind of horrifying tableau that has become almost commonplace in Western media, as it plays out each time ISIS claims its latest victims. But this woman, Laila Bint Abdul Muttalib Basim, wasn’t a victim of ISIS, but one of 110 prisoners executed by Saudi Arabia so far this year. In fact, this U.S. ally has beheaded almost twice as many prisoners as ISIS in 2015 and may be on pace to achieve a record-breaking number of executions. ISIS serving their own violent brand of justice in the captured Syrian city of Al-Raqqah.

Iran’s PressTV reported on Basim’s death along with several others, both foreigners and Saudi nationals, in July:

“Basim then screamed as a sword-wielding man struck her neck. Second and third blows completed the beheading and authorities swiftly removed her body from the road.”

By the time of Basim’s death, Saudi Arabia had already executed more prisoners than it had in all of 2014,warned Amnesty International in July. Human Rights Watch noted that about half were killed for drug-related crimes, and Sarah Leah Whitson, Middle East and North Africa director at HRW, called the increased rate of executions “yet another stain on the kingdom’s human rights record.”

Saudi Arabia beheaded Mugrib al-Thanyan, a citizen convicted of killing another Saudi, on Aug. 3, bringing the kingdom’s total number of executions in 2015 to 110, according to a report from The Independent’s Henry Austin. Based on execution figures compiled by Agence France-Presse, Austin noted:

“[T]here has been no let-up in the number of beheadings and there are fears the nation will surpass its modern-day execution record of 192, set back in 1995. Saudi Arabia advertised eight new executioners in May to carry out and increasing number of death sentences.”

By contrast, ISIS has carried out 65 beheadings so far this year, according to figures compiled by the editors of Wikipedia. Khaled al-Asaad, an 81-year-old Syrian archaeologist, is ISIS’ latest victim. He was beheaded on Aug. 18 after refusing to reveal the location of certain antiquities from the ancient Syrian city of Palmyra, BBC News reported last week.

Al-Asaad’s death is part of an ISIS campaign against Palmyra and other historic sites in the Middle East that has shocked the world. Prior to his death, he was instrumental in having Palmyra declared an official UNESCO World Heritage site, and ISIS accused al-Asaad of “idolatry” for his dedicated work to protect the city.

However, while the actions of ISIS are condemned worldwide, Saudi Arabia continues to enjoy the political, military, and financial support of the United States, including direct support for the kingdom’s bloody bombing campaign against Yemen. And since candidates like Hillary Clinton benefit from Saudi Arabian money, even a new administration seems unlikely to unseat the nation from its role as a treasured American ally.