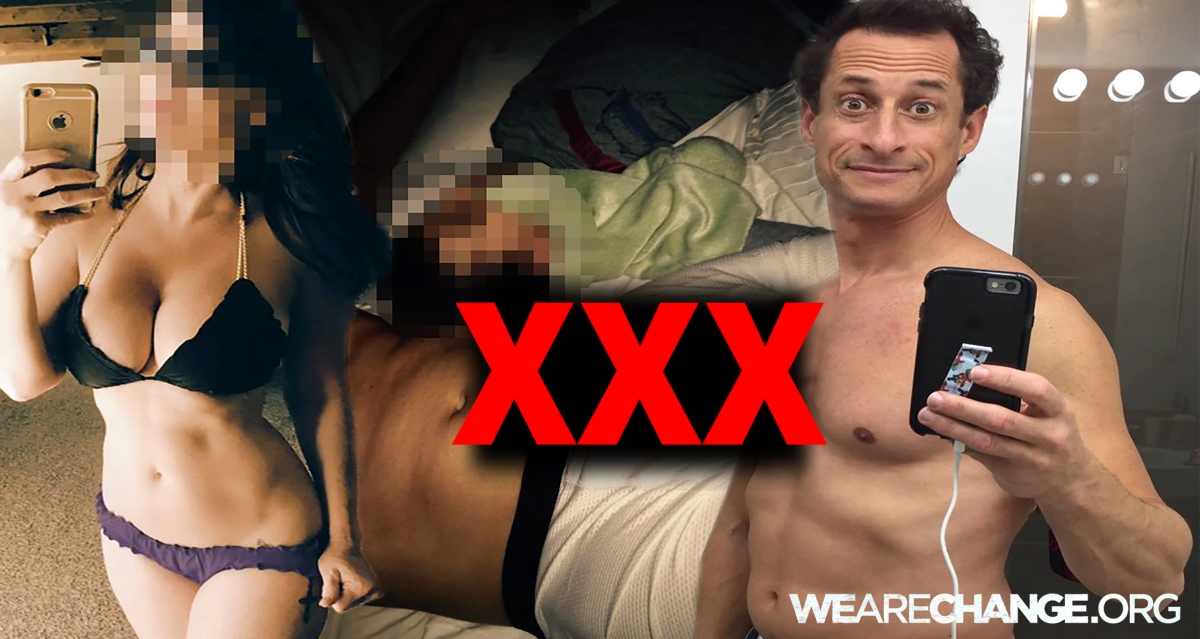 Anthony Weiner deleted his Twitter account early Monday morning, hours after the New York Post reported that the former congressman was involved in yet another sexting scandal on the social media platform.

According to the Post, Weiner sent more than a dozen selfies as well as sexually suggestive comments to the woman — whom they did not name — from January 2015 until earlier this month.

In one of the shirtless photos, Weiner’s young son is seen lying next to him.

“Someone just climbed into my bed,” Weiner said in the DM that included the image.

The Post added that “Weiner frequently steered the conversation toward sex.

“At one point, she sent him a shot of herself wearing a pair of black tights with a rip in the rear, near the midline, along with the message, ‘Buns of steel,'” thePost reported.

“I’ll need a bigger hole,” Weiner replied, according to the Post.

Weiner, in an interview with the Post, did not deny his conversations with the woman, but added that the two never met and that their conversation were “always appropriate.”

“She has asked me not to comment except to say that our conversations were private, often included pictures of her nieces and nephews and my son and were always appropriate,” he told the paper.

This is not the first time Weiner has been caught sexting on Twitter.

In 2011, Weiner was forced to resign from his New York City-based congressional seat after he mistakenly posted a lewd selfie meant for a woman he had been sexting through DMs.

In 2013, news broke that Weiner had been sexting under the pseudonym Carlos Danger with yet another woman — a revelation that tanked his bid for mayor, in which Weiner received just 5% of the vote.

Weiner is married to Huma Abedin, a top aide to Hillary Clinton, which could make Weiner’s latest indiscretion a distraction for the former secretary of state’s presidential campaign.

Ex-CIA Director Just Endorsed Hillary: What You’re Not Being Told